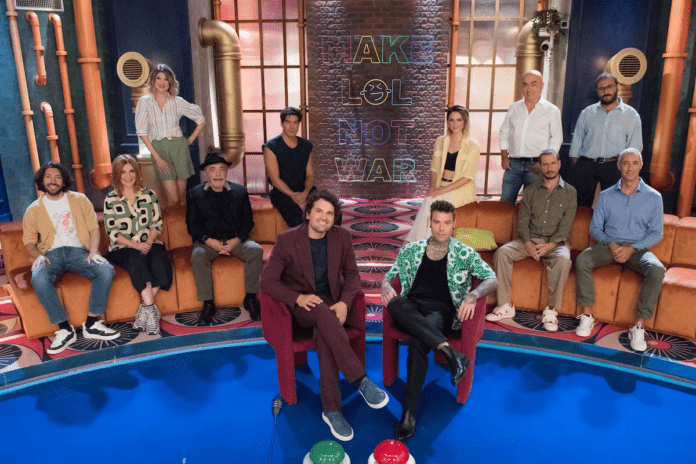 It was only a matter of time before Amazon Prime Video unveiled the members of the third season of LOL Who Ride Is Out, announced in May. After a not too long wait in the end, we now know who will be able to make us laugh heartily in the coming months on Jeff Bezos’ streaming platform. There is still no date for the official debut and everything is set for a generic 2023.

But let’s start by listing the comedians who will try to laugh out loud during the third season of LOL: Who Laughs Is Out. Random: Fabio Balsamothird member of The Jackal (after Ciro Priello and Fru during the first season) to participate in the game show; Luca Bizzarri and Paolo Kessisogluthe Genoese comedian duo launched by the group of I Cavalli Marci (Ciro the son of Target, SuperCiro) then landed at Le Iene first as correspondents, then as co-hosts and finally the main faces of Camera Café; Herbert Ballerinawho grew up under the wing of Maccio Capatonda (protagonist of the second season of LOL) and then the unmistakable voice of Radio 105; Cristiano Caccamoactor on TV, in movies and on stage is not a new face on Prime having taken part in Celebry Hunted in 2020.

It then continues with Paolo CevoliRomagna DOC, is known above all for the characters of Palmiro Cangini, Teddy Casadei, Lothar and many others; Marta Filippivery young, she is an actress and voice actress; Nino Frassica he does not need any introduction, actor, TV presenter and stage animal his surreal comedy risks displacing everyone; closes the circle Marina Massironiformer fourth member of the trio Aldo Giovanni and Giacomo both at the theater (I Corti, Tel chi el Telùn) and at the cinema (Three men and a leg, So is life, Ask me if I’m happy).

Hogwarts Legacy, new gameplay video shows the castle and it is magnificent