One ship, two, three in Genshin Impact: how to pass and what to answer Lin Lin pro 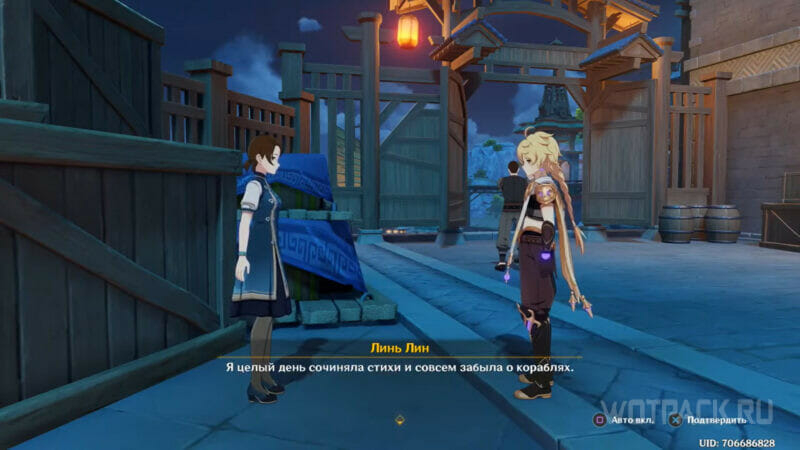 One Ship, Two, Three in Genshin Impact is a daily quest randomly dropped by Li Yue. In it, the Traveler will have to help Lin Lin complete the work. This guide will tell you in detail about how to complete the task One ship, two, three, to reach the hidden achievement.

How to start the quest One Ship, Two, Three…

Daily tasks appear randomly, and there is no way to influence this. The only way to speed up the drop of the desired quest is change of region in the Travel Guide.

For this you need:

Click on the book icon in the upper right corner of the screen. Open tab “Orders” (second from top). Next to the inscription “Select the desired region to complete orders” set Li Yue. 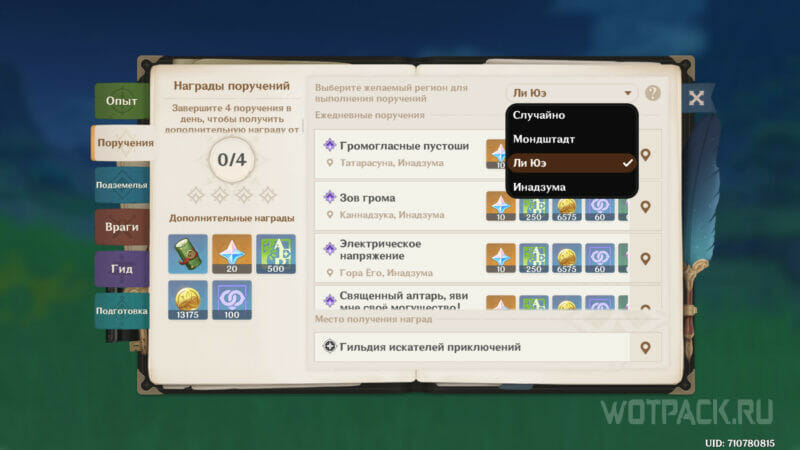 The changes will take effect from the next day: now it remains only to wait for the desired quest to appear.

Once the quest becomes available, head to Li Yue Harbor to speak with Ling Lin. She will be waiting near Xiao Yu, who is in charge of reputation in the region.

During the dialogue, Lin Lin will send the Traveler to the port to get information from the children about the number of ships.

Question the children at the port

Go to the place and talk to the three children: Fei, Meng and Lulu. They will share their observations and give answer sheets. The readings will diverge, so you can open their records in Inventory and reread. 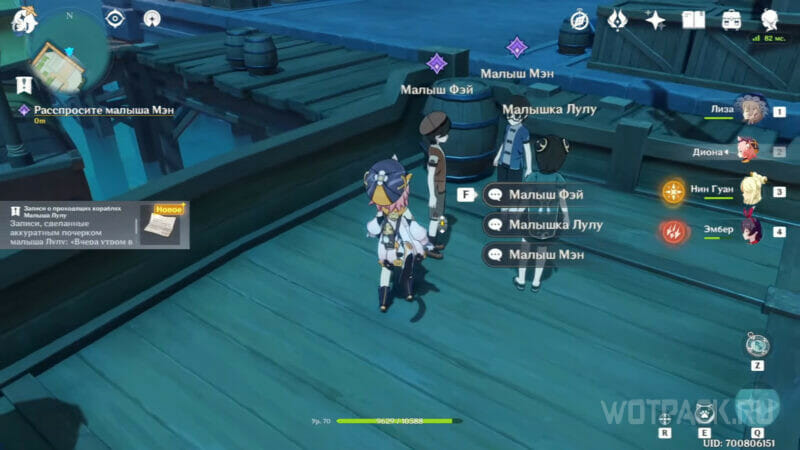 How many ships entered the port

To calculate the number of ships, you need to pay attention to the testimony of children:

if ships came to the port, you need fold the numbers that the children named; if the ships enteredthese numbers are needed take away.

For example, according to two children, 4 ships came to the port, and the third says that one left. It turns out: 4-1=3; then the correct answer for Ling Ling is 3.

In order to get an additional daily task and reach the achievement, you need to call Ling Ling incorrect answer!

Returning to Lin Lin, you need to tell her the number. Select wrong optionand the next day, the quest The So-Called Work will appear in the quest log, which will lead to the hidden achievement “Dream and work, poems and bread”. 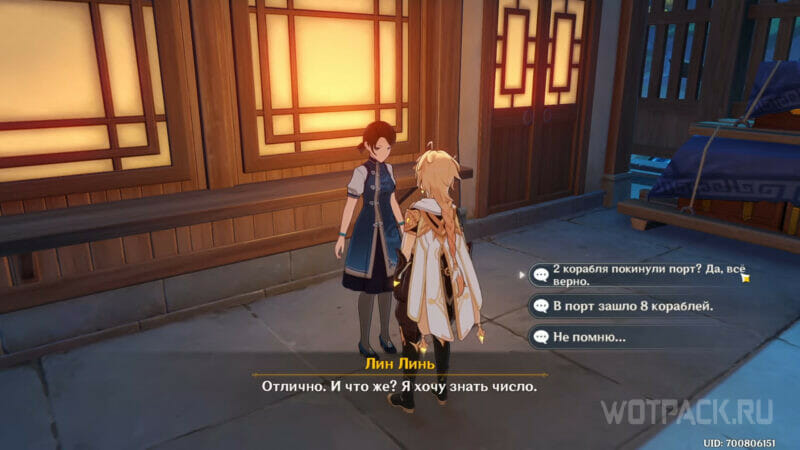 Regardless of how much to report, the quest will end and the Traveler will receive rewards.

After completing the task, the Traveler will receive standard resources:

The amount of materials depends on the adventure rank.

We hope our guide helped you get started and complete the One Ship, Two, Three quest and move on to the next quest. If you have any questions, please ask them at comments, to get a response from the author or other players. Read about all hidden achievements and follow Genshin Impact walkthroughs on our website.

Fanatec special offer: it's the best steering wheel in the world and it costs €500 less

Lost Soul Aside on PS4 and PS5: the action RPG hero fights in the new gameplay video