In the latest fiscal quarter, the PS5 became the best-selling console in the world. This is the first time this has happened since launch. Namely, between July and September 2022, the PlayStation 5 shipped 3.3 million units.

The information was shared by Benji-Sales on Twitter, who compiled the data into a single tweet to make this comparison. As you can see, in second place is the Nintendo Switch, which came close to PS5 with 3.25 million units shipped. 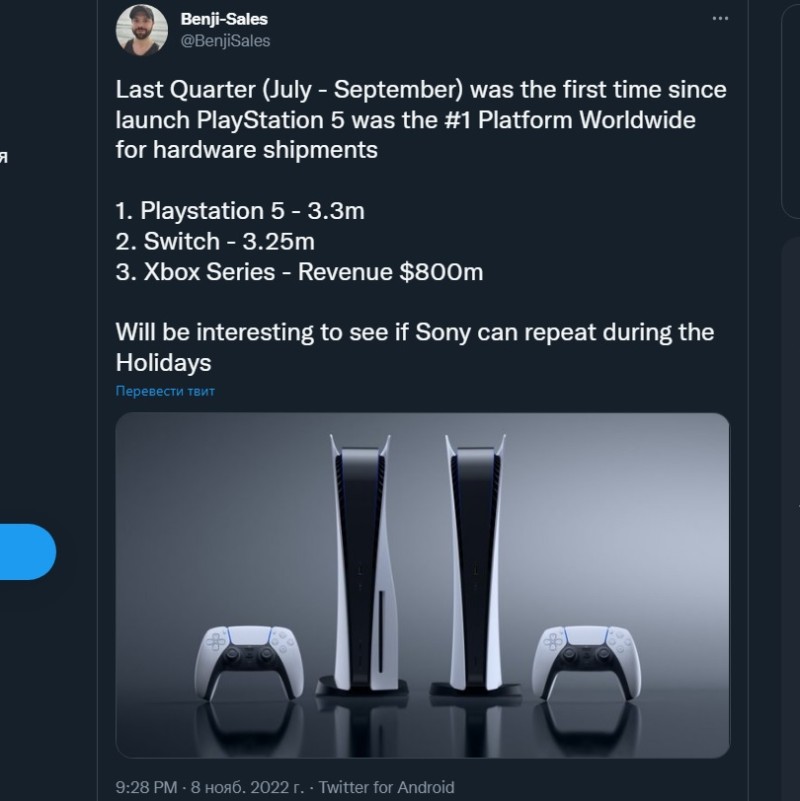 In last place is the Xbox Series X|S. No units sold (because this is the first time Microsoft hasn’t disclosed them), just cash receipts: Benji-Sales calculates that puts the Xbox on the bottom step of the pedestal. As stated, income calculations were made by Welfare_JBP.

Note that we are talking about units shipped, not sold: this means that units sent to stores but not yet purchased by the customer are also counted.

These are positive results for Sony, which managed to take the first position after a long time. Production constraints on the PlayStation 5 (as well as the Xbox Series X|S) have always been a problem for the company, and sales numbers could be higher if more could be produced. Also, many gamers would spend far less if more consoles were on sale, as they wouldn’t be forced to buy bundles or rely on resales.

God of War Ragnarok, complete walkthrough: finish the game 100% with our complete guide!

God of War Ragnarok: how long does it take to get the Platinum Trophy?

Call of Duty Modern Warfare 2: Already a billion dollars, why and how?

Sunday at home? This is the series of the moment on Netflix!

Skill leak and description of Scaramucci’s appearance in Genshin Impact