PlayStation Plus, November 2022: Extra and Premium games announced by Sony

As expected, Sony today announced the games that will join the PlayStation Plus for level users Extra e Premium during the month of November 2022.

As for the games of PlayStation Plus Extra, these are the expected titles:

As for PlayStation Plus Premium, the games are those of the Ratchet & Clank series announced last week, namely:

All the games in question will be available for download from November 15, 2022we also remember the 6 games that will leave the catalog on the same day. 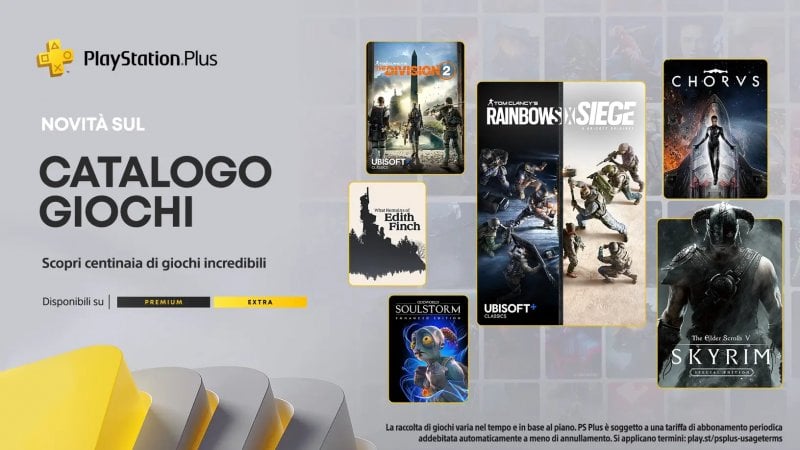 PlayStation Plus Extra and Premium of November 2022, an overview of the new titles coming

However, this is a nice injection of titles available to subscribers, with 15 games to be added over the course of the month.

The Elder Scrolls V: Skyrim – Special Edition | PS4, PS5
Explore a vast open world in search of allies to defeat a fearsome enemy that threatens to destroy the world.

The Special Edition includes the award-winning original game and all add-ons, with new features such as remastered graphics and effects, volumetric god rays, dynamic depth of field, reflective surfaces and much more.

Tom Clancy’s Rainbow Six Siege | PS4, PS5
This ultra-high-precision tactical shooter rewards teamwork and careful preparation of game strategies. Immerse yourself in explosive 5v5 battles against high-level opponents for adrenaline-pumping team battles. Choose an operator from a roster of agents to tackle tactical scenarios in a variety of multiplayer maps.

Kingdom Hearts HD 1.5 + 2.5 ReMIX | PS4
A collection of four games that represents the ideal starting point to embark on a journey through the series or relive the best moments of these adventures in the third person.

Kingdom Hearts III | PS4
Embark on a breathtaking adventure with the latest installment of the action RPG series born from the collaboration between Square Enix and Disney. 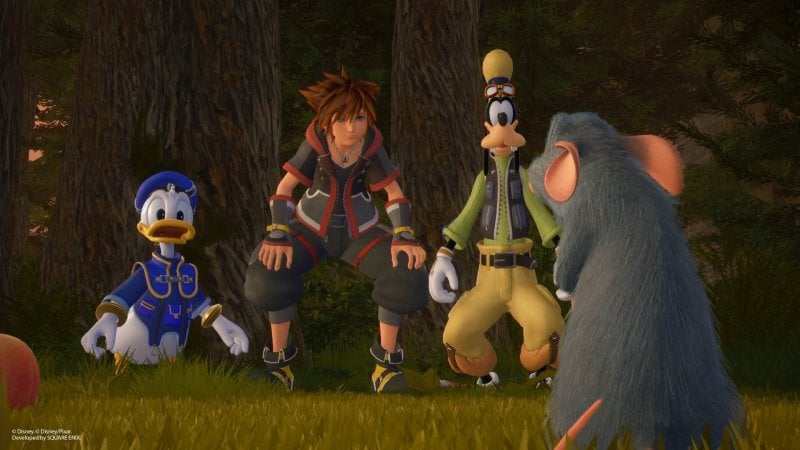 Kingdom Hearts III, a screenshot of the game

Sora, Goofy and Donald Duck join forces with legendary Disney-Pixar characters to face tough challenges and resist the darkness that threatens their worlds.

Kingdom Hearts: Melody of Memory | PS4
Experience Kingdom Hearts music like never before in a game that combines rhythm and action! Fight with more than 20 Kingdom Hearts characters in a series of musical challenges to the rhythm of 140 tracks from the titles of the saga. The game also includes an online multiplayer mode to test your skills.

Oddworld: Soulstorm – Enhanced Edition | PS4, PS5
Soulstorm is an action adventure with platforming elements, featuring a bizarre story set in a society on the brink of a revolution. Every choice you make will have an impact on the outcome of the affair. The Enhanced Edition includes the new Toby’s Escape game mode.

Tom Clancy’s The Division 2 | PS4
This online action RPG with shooter elements is set in a realistic and vibrant open world. In a devastated Washington DC, you must join forces to liberate the city, working with trapped civilians to save them from enemy factions fighting for control of available resources.

Tom Clancy’s Ghost Recon Breakpoint | PS4
Step into the role of an elite Ghost Special Forces soldier and set off for Auroa on a special mission. A rebel group of special forces, led by a former comrade-in-arms, has taken control of the area. Lead your squad through the island’s various scenarios while rescuing civilians and staying in the shadows. You can play alone or in PvE co-op with up to three friends.

Chorus | PS4, PS5
In this modern take on classic space shooters, you’ll play the role of young Nara and her sentient starfighter named Forsaken. Unlock new weapons and upgrades as you master the ship’s drift mechanics and deadly combat skills to take on hordes of opponents and their gigantic space battleships.

What Remains of Edith Finch | PS4
As Edith, you will have to explore the colossal Finch mansion in search of the stories of the family members, to discover their fate and understand why Edith is the only one left alive. Each story will allow you to relive the day of the death of one of the family members, through events that unfold from the distant past to the present day.

The Gardens Between | PS4, PS5
Lost in a mysterious realm where cause and effect lose their meaning, two friends discover that time flows in every direction. Manipulate the time to solve puzzles and reach the top of each island. Follow in the footsteps of the two protagonists as they relive the most important moments of their life together, giving light to the constellations and unveiling a story full of touching moments.

The Last of Us: One of the creators of the Fortnite Battle Pass has joined Naughty Dog

Igor Jovićević celebrated his anniversary victory in the UPL

Monster Hunter: Creators of Pokémon Unite are working on a new game

With Neuralink, Elon Musk is convinced that we will type text faster with our thoughts than with our fingers