Project CARS 4: Ian Bell, creator of the series, criticizes Electronic Arts. “They proved I was right” 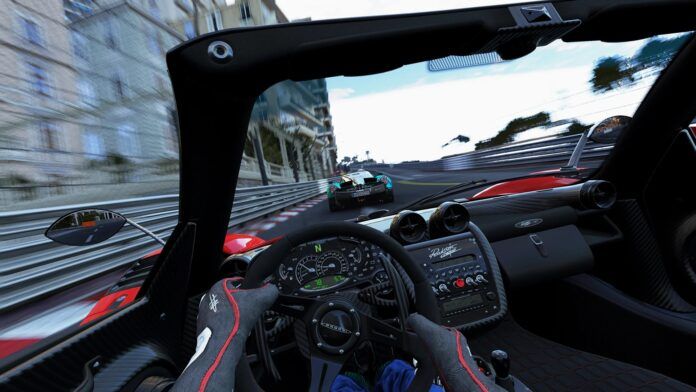 Electronic Arts has given the coup de grace to the Project CARS series, stopping work on Project CARS 4 and relocating the Slightly Mad Studios staff to other teams. A move that did not please the public, who hoped for a fourth chapter that would return to the original spirit, nor to Ian Bell, founder of the team and father of the series. Ian Bell has in fact taken a few pebbles from his shoe but, at the same time, he reassured fans of the series on Twitter, telling them that PCARS is dead, but that “something big” will replace it: GTR Revival.

Going in order, on November 8 Games Industry launches a scoop regarding a possible cancellation of Project CARS. “Today we announce an update in our racing park. Following some assessments on the upcoming title in the Project CARS series and its long-term growth potential, we have made the decision to stop further development and investment on the franchise, ”says an EA spokesperson. That rumor was later confirmed by Slightly Mad Studios a few hours later.

“EA, it continues to be wonderful… I have already spoken about it and I keep thinking it, and in the meantime they keep proving that I was right. How do those numbers look to you (sorry, I mean people, people with hopes, dreams and families) at the end of all those spreadsheets? ”Writes Ian Bell on Twitter. Poison words, which follow what he said about the company in 2017. In an interview with YouTuber SpotTheOzzie, the then executive of Slightly Mad Studios criticized Electronic Arts’ behavior towards them during the short life of the “Shift” series.

“We had made a game called Need For Speed: Shift, and then one called Shift 2, and EA came up to me and said, ‘Two months into Shift 2, we can give you $ 1.5 million if you agree not to talk to other publishers, not to agree on other games and not to work with other publishers, and will we get you to do Shift 3? ”Bell said. “So I agreed, it seemed like a good deal. I took the 1.5 million, paid the guys a lot of bonuses, and two weeks before Shift 3 started they canceled it without warning. They said ‘we won’t do it again’ ”. Shift 3, probably, would then have formed the foundations for the ambitious Project CARS, which we remember started thanks to a crowdfunding campaign.

It must be said, however, that in the general discontent some fans criticized Ian Bell himself. “No, you killed him with Project CARS 3,” writes one user still embittered by the third chapter, so different from the previous ones. Ian Bell, while acknowledging of having taken a sliphowever, claimed that much of that arcade drift was imposed by a publisherpresumably Bandai Namco since Codemasters would arrive a few months later.

I disagree. You won’t know this but I argued vociferously for PC3 to be called by another name to differentiate it from the ‘hardcore sim line’. I was over-ruled (wasn’t accustomed to that) by a ‘marketing department’. I also announced it would be a spiritual successor to Shift.