In conjunction with COP27, Razer announced Restorify. This service allows brand customers to pay a carbon offset for their order at checkout. 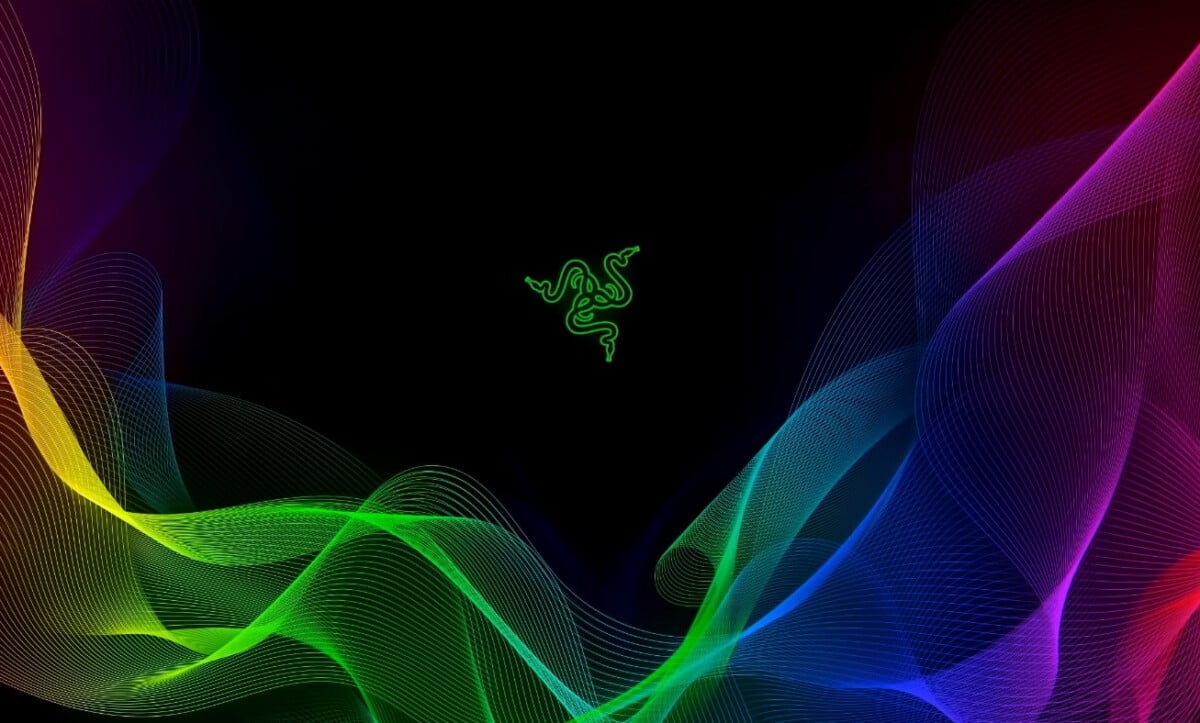 Razer is embarking on an initiative to reduce the carbon footprint of its products and their marketing // Source: Razer

Offset the carbon footprint of your orders at Razer. This is what will soon be offered to you on the official website of the American brand, which announced on November 8 a new service with a relatively evocative name: “Restorify”. Placed under the aegis of the Razer Fintech division, and unveiled on the sidelines of COP27, this novelty will allow Razer customers to pay a supplement to offset the carbon emissions linked to their purchases. The thing will be proposed at the time of payment, for amounts which will probably go, and according to the orders, from a few tens of cents to a few euros.

Razer has also indicated that through an agreement with Amazon Web Services (AWS), Restorify will venture far beyond the limits of its official site. In all, 100,000 partners will be involved to varying degrees, out of a total of 150 countries.

This solution is undoubtedly imperfect, but seems a little more interesting than the coarse greenwashing attempted by the brand in 2021.

This large-scale initiative is fully in line with Razer’s environmental objectives, which aims to achieve carbon neutrality by 2030. Through Restorify, Razer also wishes to help its partners accelerate their own movement towards carbon neutrality. . Finally, this service wants to make carbon credits more readable, traceable and transparent at its own level.

“In our own journey to zero carbon, we realized there are growing pains and not all carbon credits are equal. With Restorify, we hope our new approach to carbon credits will drive greater accountability and transparency in offsetting carbon emissions,” said Min-Liang Tan, CEO and co-founder of Razer. 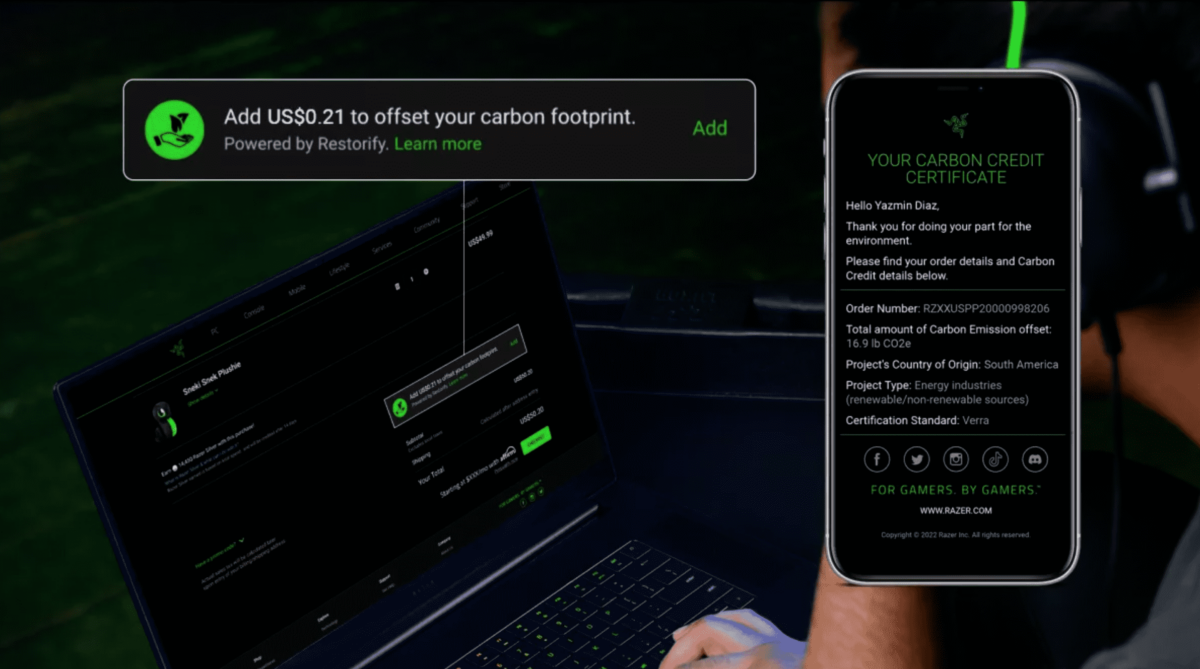 As Windows Central points out, the purchase of carbon offsets, although common at the corporate level, is not yet widespread among individuals. These credits also have the disadvantage of not always being easy to trace. On this point, Restorify does better than many competing solutions. The service only allows traceable offsets with concrete effects in terms of decarbonization. Restorify will also issue a certificate to buyers, indicating the total amount of carbon emissions offset by their transaction. 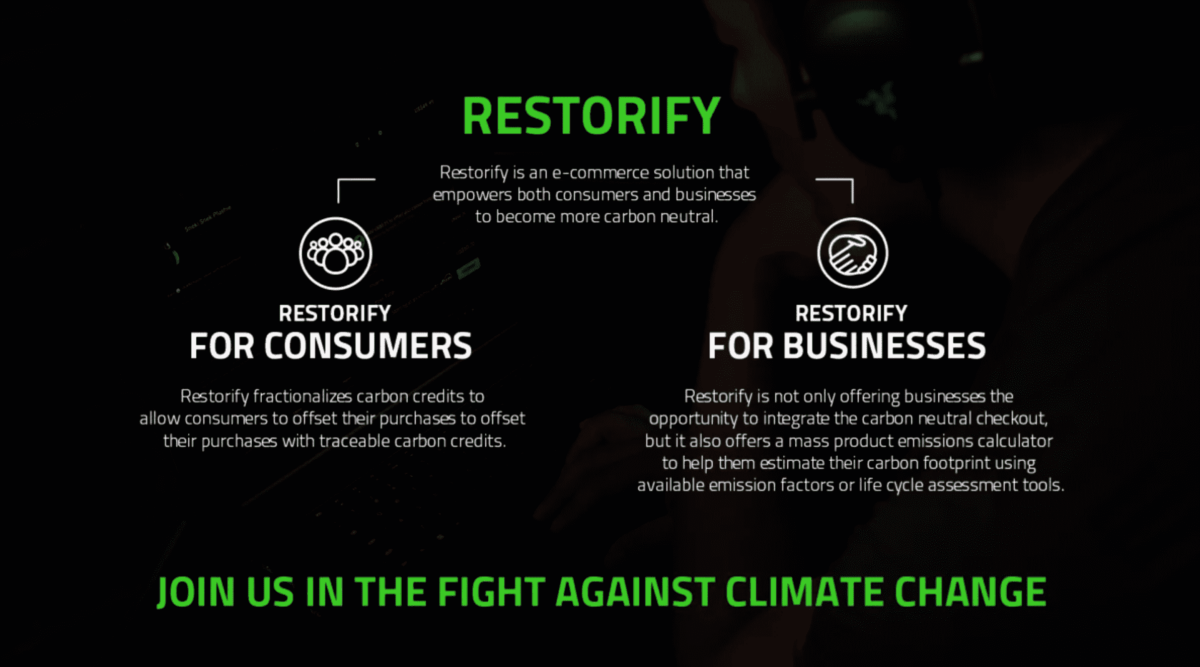 Very concretely, Restorify can be integrated, via AWS, by companies other than Razer on their own online stores. Razer’s service will be offered to them as a module to add to their stores. Through this, among other things (Restorify also relies on a panel of tools allowing, in particular, to help companies calculate the carbon emissions generated by their products), the brand with snakes promises to support its partners towards neutrality and more than 50,000 merchant sites.

Redfall: A test beta appears to have appeared in the Steam database

Harvestella: how to create a corn crop

WhatsApp is working on a new shortcut that really makes sense