Apparently, the official announcement of “Returnal” for the PC is imminent. At least an update of the Steam database suggests this, in which the action title is now also mentioned by name. 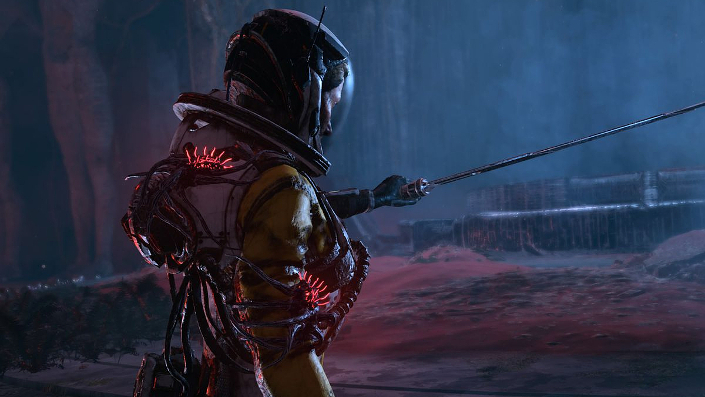 In the past few months, there have been growing indications that Returnal will be the next title from PlayStation Studios to make its way to the PC.

As users found out, the updated Steam databases hide a hint that the official announcement of “Returnal” for the PC could be imminent. Because after it was speculated in the past that the crisp action title from Housemarque could be behind a product entry with the code name “Oregon”, “Returnal” is now also mentioned by name after the database update.

So an official announcement of “Returnal” for Steam or the PC should actually only be a matter of time. However, a statement or even confirmation from Sony Interactive Entertainment or Housemarque is still pending.

At the end of September, a clip for “Returnal” that was leaked and removed again within a very short time appeared, from which supposed details on the technical features of the PC version could be inferred. Among other things, there was talk of dynamic scaling of the resolution and support for DLSS and NIS. You can find more details on this topic here.

“Returnal” was released for the PlayStation 5 in April 2021 and scored both with its crisp level of difficulty and the grippingly staged action. In “Returnal” you find yourself on a deadly planet and are suddenly caught in a time warp that causes the planet to change noticeably after each death of the protagonist.

“Break the cycle of chaos in this third-person roguelike shooter on an ever-changing alien planet. Fight for your life on a hostile planet that changes with every death. Players can instinctively switch between firing modes with a single adaptive trigger and, thanks to rapid loading times, immediately jump back into the action after each death.

He insulted the referee's mother. It became known for what words Piqué was sent off

Overwatch 2: what happened to the physical copies of the first opus?

AI bot ChatGPT learned to pretend to be a Linux machine