The claim that shook the market: SCT reduction coming?

The claim that there will be a SCT reduction or an update in the automobile prices, which emerged today, fell like a bomb on the agenda of social media and news sites. So much so that the zero option suddenly appeared in the eyes of thousands of citizens who wanted to buy second-hand cars. So how is it actually? Will there be a discount or update?

SCT reduction or tax base update?

Technology prices continue to increase day by day due to many factors such as exchange rate changes, high inflation, global chip and supply crisis. While Turkey is the country most affected by this situation, we can also put forward the automotive sector on a sectoral basis. For this reason, the expectation of a reduction in prices has emerged among the citizens who will buy cars. There are two ways to achieve this. First of all, it is possible to directly affect the prices by reducing the SCT. Secondly, a relatively temporary price decrease can be achieved by updating the base and re-activating the expired stages. 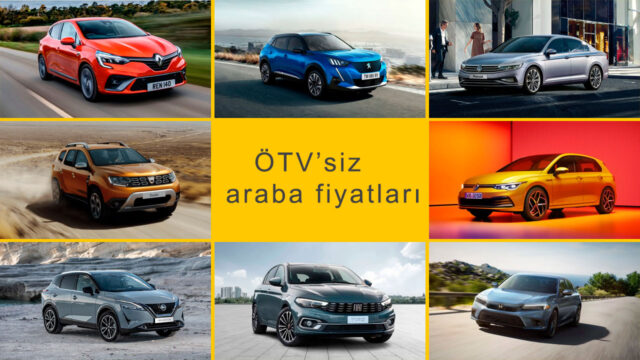 What would the car prices be without SCT?

We have brought together the SCT-free prices of the most popular cars in our country, where many brands and models are sold.

Therefore, if an intervention is to be made, it would be more logical to assume that the base arrangement would be preferred at this point. Because, after the last change made on January 12, 2022, the tax rates are given in the table below.

As we can see more clearly when we look at the table above, all vehicles are subject to the 80 percent SCT tax, which is the highest level, since there are no cars with a base price below 200 thousand TL in our country.

Therefore, lowering the SCT rates will not fill the gap in other levels. But in case of base update; For example, if the 50 percent segment is reduced to the range of 400 thousand TL to 450 thousand TL instead of 120 thousand TL to 150 thousand TL, these levels will come back to life.

Vivo X90 with processors for all tastes

Mount & Blade 2: Bannerlord doesn't make it easy for me to like its strengths

Cyberpunk Edgerunners, Lucy’s cosplay from Kalinka Fox looks us straight in the eye

Starsand is leaving early access and coming to consoles in November