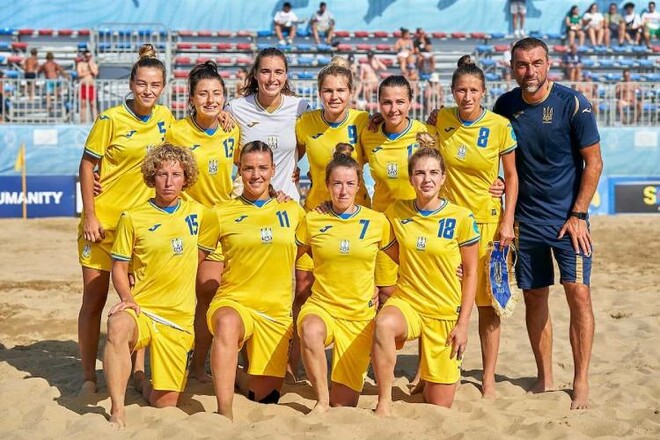 From November 9 to 12, Yuriy Klymenko’s wards will participate in representative competitions in Saudi Arabia – Neom Beach Soccer Cup 2022. In addition to the Ukrainian team (5th place in the world ranking), the teams of England (2), Brazil (4) and the Netherlands will perform there (16). The tournament will be held in a round-robin system, then the final will take place.

Unfortunately, for various reasons, most of the girls from the main team could not go to this tournament, so the team left with an incomplete squad and with two new players.

Also, for family reasons, the head coach Yuriy Klimenko could not go with the team, so the captain of the national team Yulia Dekhtyar, who is now recovering from an elbow joint injury, will act as a mentor at this tournament.

“The goal for this tournament is to gain playing experience with the world’s top teams and review new girls who are contenders for getting into the main squad of the national team next season,” Yuriy Klymenko said.

The start time of the matches is Kiev.

NASCAR: Ross Chastain surpasses everyone leaning on the wall! “I did it on Gamecube”. Fernando Alonso applauds

John Wick 4: Tons of action in the new trailer