What are the best Philips Ambilight TVs in 2022?

Do you want maximum immersion in your living room? We don’t do much better than Philips and its Ambilight technology to immerse ourselves in the heart of the action. We have chosen the best Philips TVs for you.

The TOP 3 of the best Philips TVs 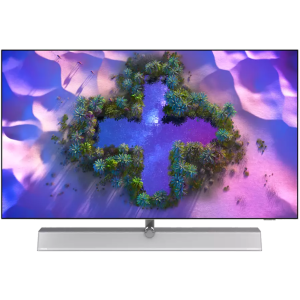 Ambilight still as successful One of the best OLED panels on the market Sound quality Only two HDMI 2.1 sockets

If they do not really stand out from their competitors from a technical point of view, Philips TVs have a particularity which has enabled the brand to retain a loyal core of aficionados: theAmbilight. For years the manufacturer has offered models that are regularly placed in our selection of the best TVs on the market.

This very specific Philips lighting technology, via LED bars hidden behind the edges of the screen, makes it possible to widen the visual field without having to buy a larger television. And if it may seem simplistic, we must admit that the technology is devilishly efficient, quite original and makes watching a film very pleasant. It is now fully developed, brings real added value and could justify the purchase of a Philips TV on its own, despite the fairly high prices.

And if it no longer manufactures its own panels, the brand nevertheless offers many quality models, in particular on the OLED, where it supplies directly from LG, and the Mini LED. We have produced here for you a small inventory of the best philips tvs to help you make the right choice.

For more choices, read our buying guides dedicated to televisions:

The range of Philips QLED and OLED TVs

Ambilight still as successful One of the best OLED panels on the market Sound quality Only two HDMI 2.1 sockets Available at €1,582 on Rakuten Marketplace

The 936 series of Philips TVs is the most advanced of the brand, bringing together the latest technologies. It also starts with the one displaying the neatest and perhaps the most surprising design, with its integrated sound bar. This OLED TV is undoubtedly one of the best on the market. 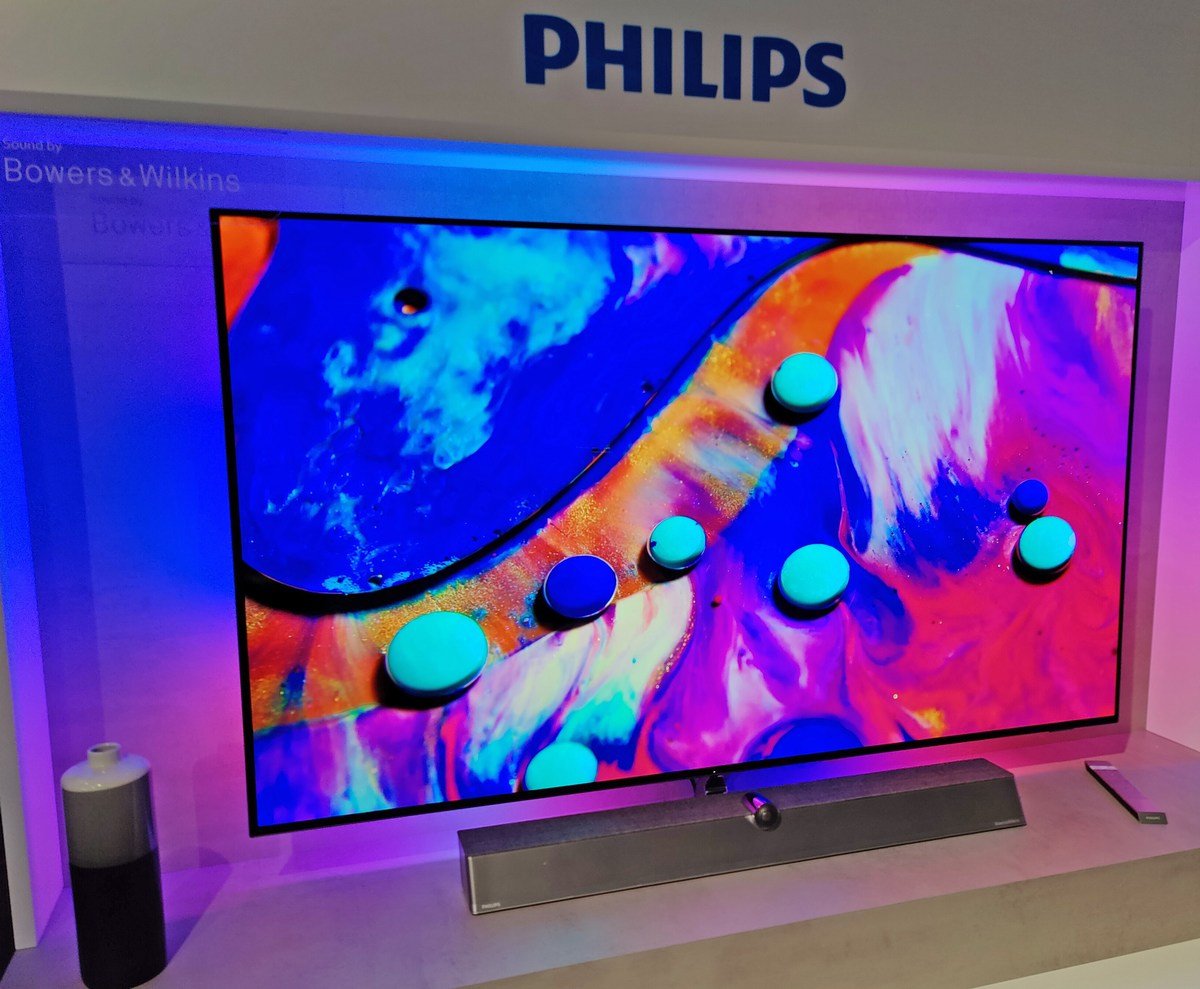 For the 2021 version of its flagship, Philips once again went to LG and spared no expense. On this television, we find the same EVO panel as on the very good LG G1. This therefore brings the brightness up by 20% compared to last year while maintaining the absolute blacks of the OLED. Nothing to say about the perfectly mastered colorimetry either. Often neglected at Philips, gaming has been treated here since the display delay time reaches a very respectable 11 ms as well as FreeSync compatibility.

The sound part rocks thanks to a sound bar signed Bowers & Wilkins, to which it will be possible to add subwoofer and satellites for a full surround effect. Without reaching the quality of a dedicated home cinema kit, this solution remains very correct.

But it is above all the Ambilight, present on four sides here, which once again seduces. And if you are equipped with Philips Hue bulbs, they can even synchronize with the TV.

Unsurprisingly, the bill turns out to be steep, but we have one of the best OLED screens on the market and a serious competitor to the LG G1. You can read our test of the Philips 55OLED936 TV.

Where to buy The
Philips 55OLED936 at the best price?

Where to buy The
Philips 48OLED936 at the best price? 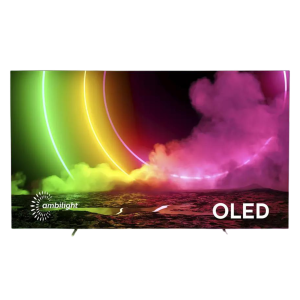 Your budget is more limited, but you still want to take advantage of the excellent OLED and Ambilight combo (we must admit that we hardly do better for films…)? No problem, Philips offers a “light” version of its OLED836 which represented the brand’s top of the range in 2020. 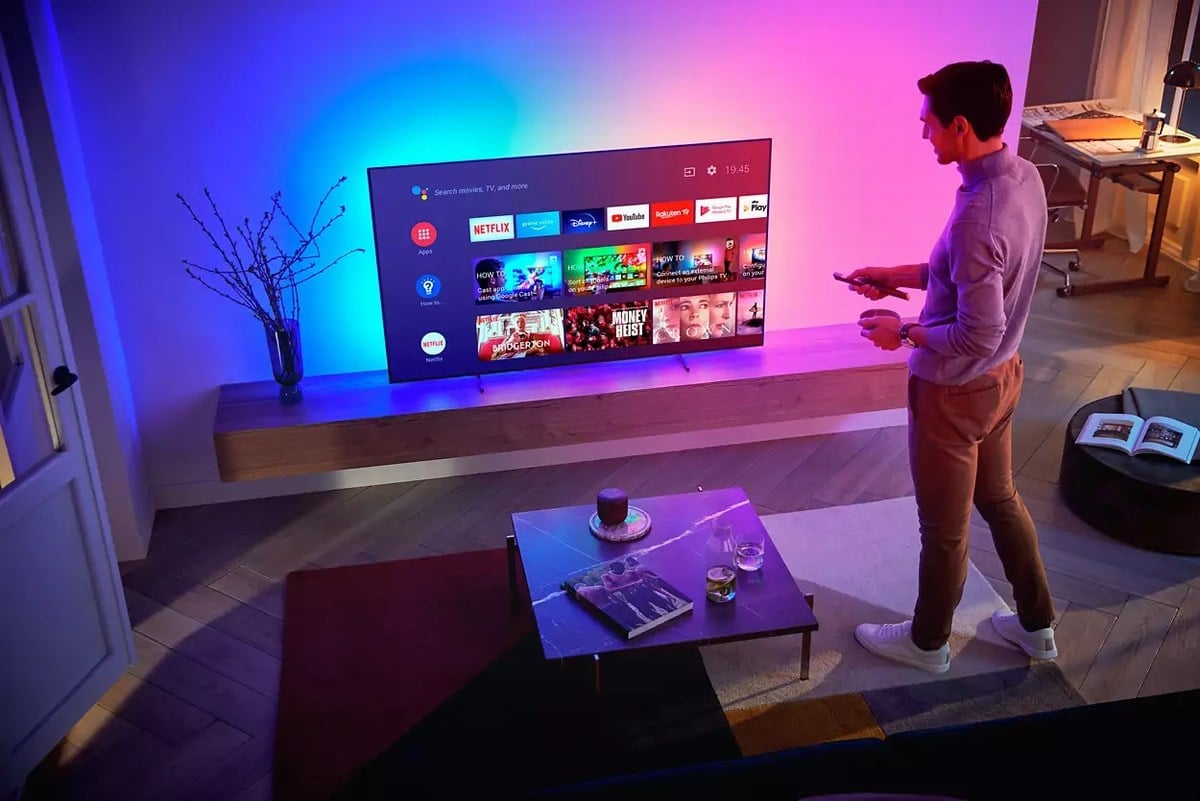 The main change on this television is aesthetic: the finishes are indeed set back, with much more basic feet. Also forgotten is the excellent sound bar fitted to its big brother, we move on to much more classic internal speakers.

That said, the OLED panel is identical. We are therefore entitled to excellent colorimetry and generally balanced behavior. Among the significant changes, we notice more careful electronics, with the adoption of HDMI 2.1 as well as a lower latency in games.

In short, a very balanced and above all particularly accessible Philips OLED television for Ambilight fans. To find out more, head to our test of the Philips 55OLED806. Its replacement, the OLED807 should however arrive soon.

Where to buy The
Philips 55OLED806 at the best price?

Until now mainly focused on OLED for the high end, Philips is diversifying with a first television using a Mini LED panel. Externally, nothing very new, this model is almost identical to that of the OLED936 with its central foot and the bar of its design. The general thickness of the television is however more important. 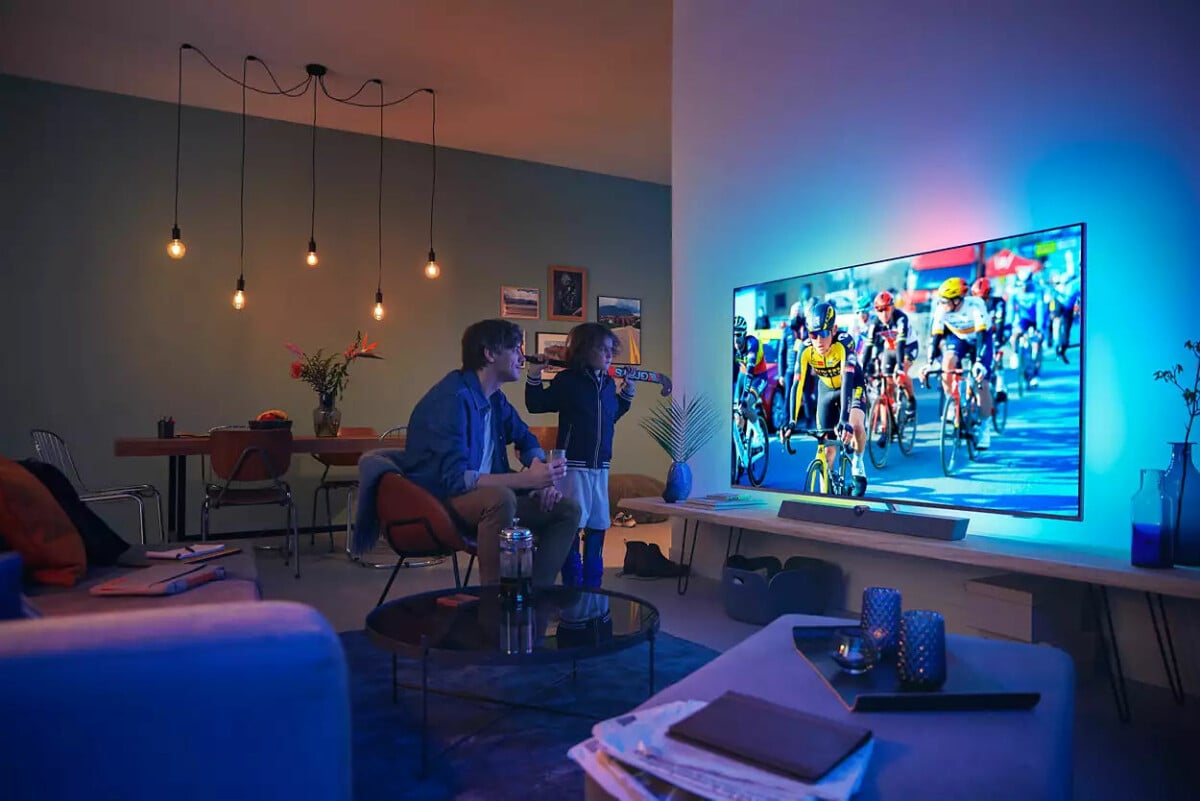 Available in 65 and 75 inches, the Philips panel has 1024 backlight zones. The result is excellent contrast, exceeding 11550:1. It’s better than the Samsung QN95A, which has held the category crown for the time being. No miracle, however, in terms of blooming, the latter is always noticed on elements such as subtitles.

Add to that a good calibration and high brightness and you get a very interesting screen for those who plan to watch TV in a really bright room. Unsurprisingly, we are also entitled to support for HDMI 2.1.

Without reaching the absolute blacks of OLED, Philips’ first Mini LED adventure is therefore convincing and offers us a television that is a little less cinema-oriented than OLED cousins ​​while being more practical to use during the day. If you already have a good sound system, a version without a soundbar is also available.

Where to buy The
Philips MiniLED 65PML9636 at the best price?

The Philips The One range 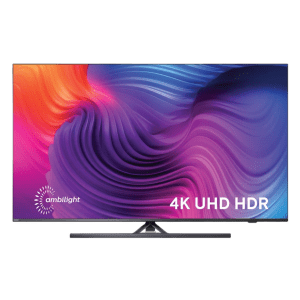 Android TV An acceptable quality… …for a contained price

Your budget is limited, but you really like Ambilight? The series The One may interest you. The concept is simple: simplify the choice as much as possible by offering a balanced television set sold at an attractive price. 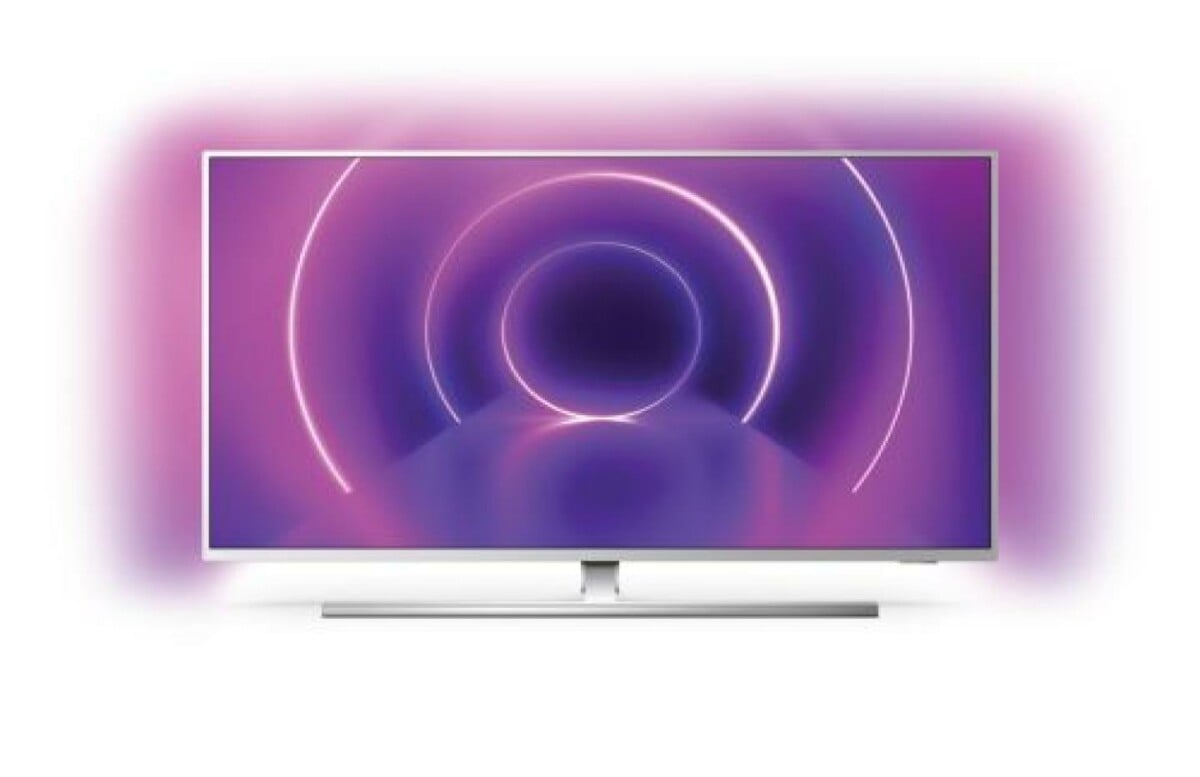 In practice, however, and despite its name, The One is not quite the chosen one at Philips. The machine is particularly thick and the panel is correct, but pales in comparison to the QLED panels that the competition is starting to offer at this price level. However, we appreciate the presence of Android TV for the software part.

Available on only three sides of the television (against four on the more advanced models), the Ambilight nevertheless remains quite functional and gives an impression of unexpected size given the reduced diagonal.

A decent Philips television, therefore, but which offers a fairly average price-quality ratio.

What should you know about Philips and its TVs?

Who is the Philips brand?

A centuries-old electronics company, Philips was founded in the Netherlands in 1891 by two brothers, Gerard and Anton Philips. Fun fact: the latter were none other than the cousins ​​of the famous philosopher Karl Marx. At the time, the brand produced filament lamps.

Nowadays, the company producing Philips televisions has not been Dutch for quite a while. The parent company sold its television branch to the Chinese giant TPV Technology in 2011.

Unlike a number of takeovers of this type, the quality of the products has not collapsed, quite the contrary, Philips remaining a major player in the market.

What is Philips Ambilight?

This technology is THE great strength of Philips televisions. The principle of luminous halo is simple and has been used for a long time in the audiovisual world. It consists of adding a light source behind the screen to deceive our eye and give it an impression of enhanced contrast.

If originally this was done only with white light, Philips has taken the concept further by using light tubes (now replaced by RGB LEDs) that match the colors displayed on the screen, according to their square. This works particularly well and helps to improve the immersion effect, without having to buy a larger screen. Depending on the model, the number of sides covered and the “fineness” of the lighting will be more or less important.

If the function is not unanimous, it must be admitted that 18 years after its launch, it still mobilizes a community of loyal fans behind it. At Aroged, we are in any case convinced.

Here are the best audio deals from Cyber ​​Monday 2022 – Aroged

A new way to generate hydrogen: via depleted oil wells

Oleksandr Usyk: “We will have to somehow agree with Fury”

Another Star Wars film has been canceled

The contents of The Witcher 3: Wild Hunt remaster revealed