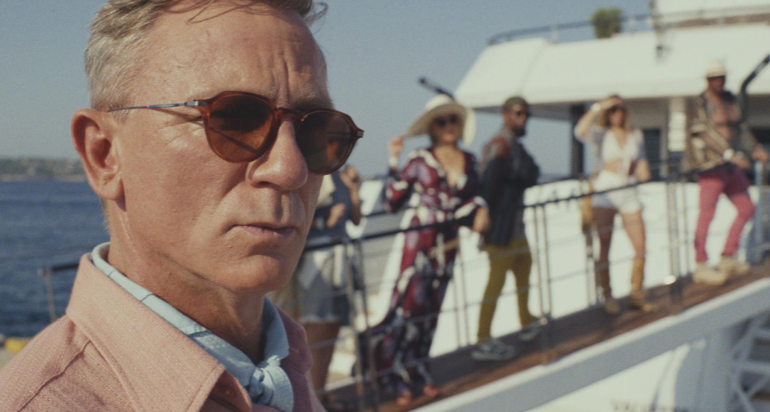 Dave Bautista has revealed how different working with Daniel Craig on Knives Out: The Onion of Glass was compared to his work on James Bond.

Batista, who played Hinks’ henchman in the 2015 film Spectre, said Craig “was very stressed out as Bond.”

You could feel that he was under a lot of pressure. He didn’t look like the happiest person as Bond, but The Glass Onion was exactly the opposite. He was so cheerful, always smiling, was happy and socialized more. There wasn’t a lot of interaction with the entire cast on Spectre. But in the “Glass Onion” it was the other way around. We’ve always been together. So I got to know him better as a person and saw how he does his job.

Craig returns as Benoit Blanc for another investigation in Knives Out: The Onion of Glass. The detective has yet another stellar cast of suspects: Batista will be joined by Edward Norton, Janelle Mona, Kathryn Hahn, Leslie Odom Jr. and Jessica Henwick.

Director Rian Johnson told a new issue of Total Film magazine that the energy he got from working on The Glass Onion made him think about jumping straight into Knives 3.

I had so much fun making this film, and the creative challenge of coming up with a third film that is completely different from this one and the first one is the most interesting creative challenge for me right now. So I can just dive in and see what happens.

Knives Out: The Glass Onion hits theaters on November 23rd and on Netflix on December 23rd.

Street Fighter 6: just press random keys, the AI ​​will carry out the combos. Capcom has also thought about casuals

The Chant - the first 14 minutes – Aroged

Call of Duty: Warzone 2.0: Three ways players get their own loadout

Action Steelrising got the addition "Secrets of Cagliostro" with a new level, quests and equipment