Blue Origin, founded by billionaire Amazon chairman Jeff Bezos, expects to resume launches of its New Shepard launch vehicle as early as 2023. But before that, we will have to wait for the results of the investigation of the recent incident, as a result of which the cargo could not be delivered into orbit. 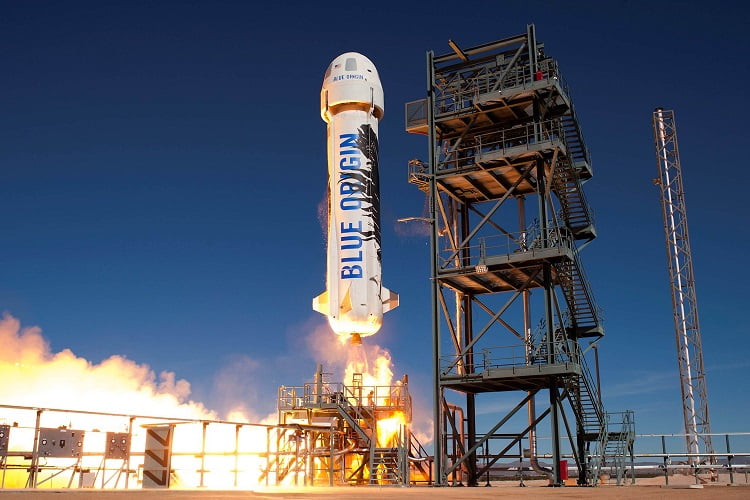 As you know, the suborbital flight was interrupted during the NS-23 mission, which was carried out on September 12. At 64 seconds into the flight, there was a problem with the launch vehicle. The failure occurred when passing the point MaxQ – the maximum dynamic load. The company had to activate the emergency evacuation system for the cargo and it returned safely to Earth with the New Shepard spacecraft.

During the mission, only research instruments were transported. However, earlier these rockets and ships were also used for tourist flights into orbit. Back in July 2021, Blue Origin founder Jeff Bezos himself visited space on the New Shepard spacecraft. And the last tourist flight into space was made by Blue Origin last summer.

The end of the investigation is scheduled for next month, but regardless of its results, the company’s next rocket is unlikely to go into space until next year, and the exact date or even month is still unknown. Blue Origin confirmed the relevant information. It is also known that the state Federal Aviation Administration (FAA) of the United States will oversee the course of the investigation.

Seat Mó 125 Performance formalized: even more comfort on the menu

The Legend of Zelda: towards new adventures in this double cosplay of Link and Zelda

Hellblade 2 in video: a lesson in cinema and video games on Unreal Engine 5 from Ninja Theory