Deck13 Spotlight has announced that Chained Echoes will be coming to PlayStation 5, PlayStation 4, Xbox Series X/S, Xbox One, Nintendo Switch and PC on December 8th. The RPG in 16-bit style from developer Matthias Linda, which was originally financed by a Kickstarter campaign, comes with a little delay, because it was previously announced for 2021. Since 2020, the project has been able to win Deck13 as a publisher. Here is the release date trailer: 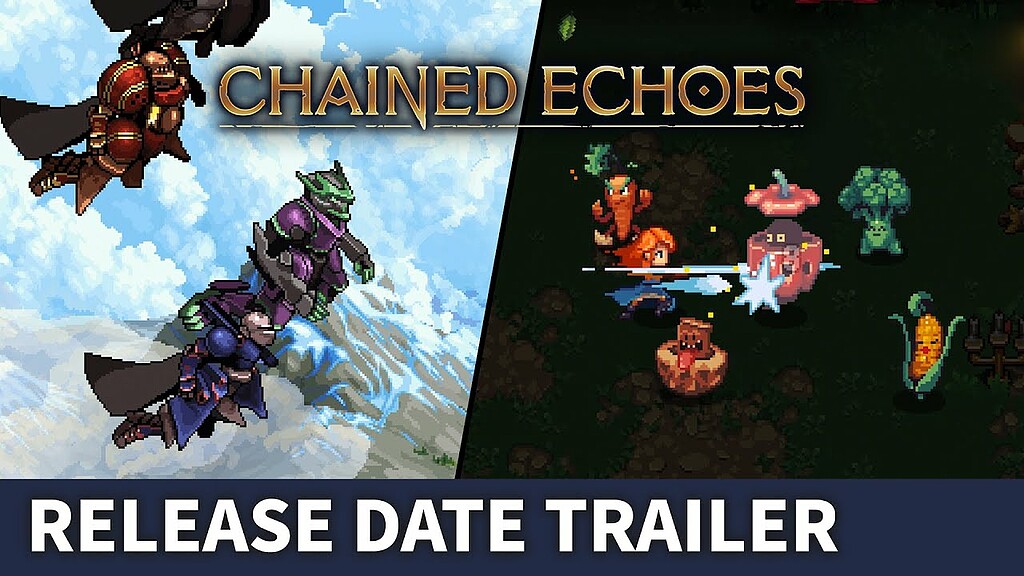 “Chained Echoes puts a strong focus on a good story as a group of heroes roam the continent of Valandis to end the war between three kingdoms.

On their journey they will not only explore the usual dungeons, but also gloomy forests, flying islands, mountain passes, deserts and much, much more.

Grab your sword, channel your magic and hop in your mech. Chained Echoes is a 16-bit RPG borrowed from the SNES era, set in a fantasy world where dragons are almost as commonplace as pilots in mechanical suits.

Follow a group of heroes who travel a whole continent full of interesting characters, fantastic landscapes and terrifying monsters. Can you bring peace back to Valandis, a land scarred by generations of war and betrayal lurking around every corner?

30 – 40 hours playing time Fast turn-based battles No random encounters: Each opponent is visible in advance Tons of items that can be looted, stolen or crafted A complex skill and equipment system Design your own airship Travel and fight on foot or in your 16-bit mechs SNES pixelated music inspired by PSX RPGs”

revenue grew by 34%, and the audience grew to a record 76.9 million people

Five Nights at Freddy's: Security Breach Coming to Xbox, After Nearly a Year of Playstation Exclusivity

Elden Ring: The Official Game Guide is back in stock!

Todd Howard, Bethesda still has to learn about loot: Destiny 2 and Diablo 3 are the examples