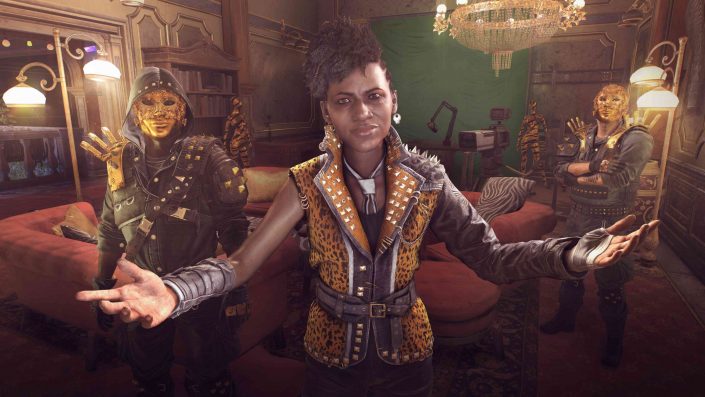 Dying Light 2 Stay Human owners face new challenges in the zombie slaughter. Because with “Bloody Ties” a first story-based DLC was released today, which Techland is celebrating with a launch trailer. You can see this below these lines.

In the expansion available on the PlayStation Store with around ten euros to book beats, players enter Carnage Hall. It is an old opera house that has been converted into a fighting arena. According to Techland, the encounters will present a real challenge, “suitable for even the most experienced pilgrims”.

“Here you not only face off against infected and other fighters, but you also have to complete various tasks to stir up the crowd and tell the story correctly – comparable to a very bloody stage play. One of them could even take players back to the time of the Harran crisis,” says Techland.

However, “Bloody Ties” does not confront players with just one tournament. According to the developer, a “profound story about power and revenge” is also told. Characters such as Astrid (Carnage Hall showrunner), Ciro (a young, enthusiastic fighter) and Skullface (the most brutal champion in the arena) come into focus.

The new challenges in Dying Light 2 are rewarded with all sorts of loot, including a shield called Carnage Manica. There are also new enemy types. Examples include the fierce gorilla Demolisher, the dangerous Cataclysm and the Molotov-throwing Grenadier. “All of them, along with a whole horde of infected and other fighters, must be defeated on the way to victory,” Techland said.

Watch the Bloody Ties launch trailer below, which includes a cover of Born To Be Wild in collaboration with Massive Music.

Path of Exile: Forbidden Sanctum: It’s all in the new add-on!

The Sims 5: a leak reveals the first images of EA's new life simulator

Forspoken, the new trailer is dedicated to the exploration of Athia

WoW: A storm is brewing over Stormwind!

Rocksteady Studios: Batman studio bosses are throwing in the towel