Microsoft-owned GitHub is experimenting with integrating voice control capabilities for the Copilot tool, which is used to auto-complete code searched by a neural network in open databases. The “Hey, GitHub!” command you can activate Copilot to enter a code by voice without using the keyboard, similar to how you interact with Apple Siri or the Google Assistant. 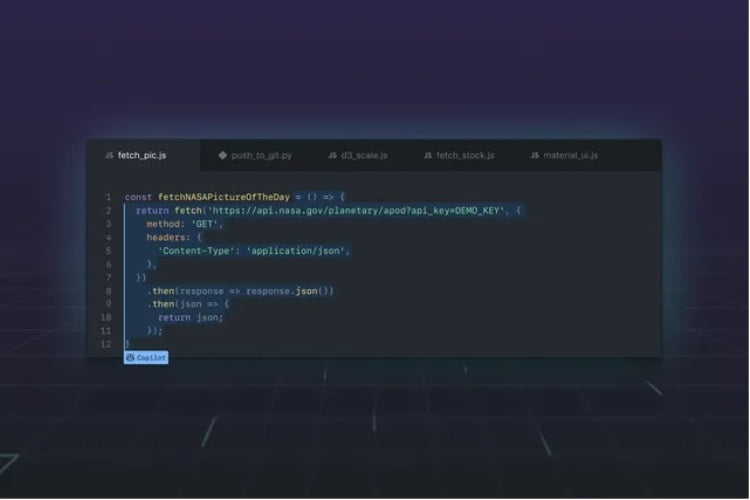 Voice control features will become available to GitHub users who interact with Copilot, an AI tool that costs $10 per month. GitHub launched it earlier this year to help programmers write code. Copilot offers options to augment existing code in an integrated development environment (IDE) such as Visual Studio Code, Neovim, and JetBrains. Copilot can also offer complex algorithms along with boilerplate code and unit testing assistance.

“Using the power of your voice, we’re excited to bring the benefits of GitHub Copilot to even more developers, including those who struggle with typing by hand,” GitHub said in a statement. At this stage, Copilot voice control is available in test mode in Visual Studio Code, but in the future, the developers plan to systematically expand the scope of its presence and capabilities. The development of voice control functions is carried out by the GitHub Next team, whose activities are related to the creation of experimental functions within the project.

Bale Perdue 2: This French Fast and Furious on Netflix is ​​a whiff of fresh diesel

Blizzard Entertainment: Game services with NetEase will be terminated in China