Henry Cavill confesses: “Kidnapped by Arcane on Netflix. I couldn’t stop watching it” 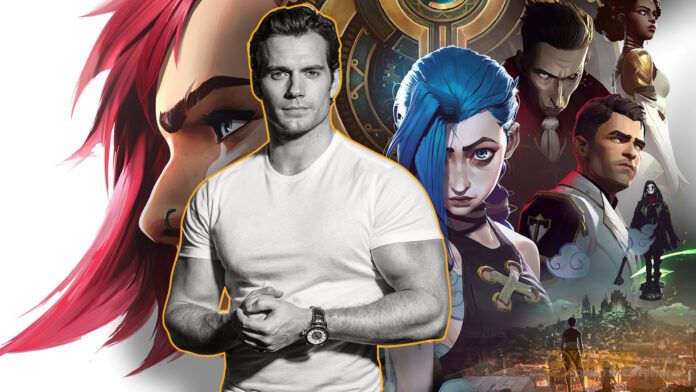 The protagonist of The Witcher, Henry Cavill has revealed that he is a great fan of the Arcane series. He said this during a recent interview where he spoke extensively about the Netflix series inspired by League of Legends.

In a BBC Radio 1 interview with Ali Plumb, Cavill revealed that his passion for the series started thanks to Plumb: “I really liked Arcane so much. I’m glad you recommended it, because when you did I went straight home and said, ‘Okay, Natalie, at work they told me I should watch Arcane.’ And she says, ‘Oh, I’ve heard very good things about it.’ Together with my wife, I could not stop looking at her, and at one point it was very late, so Natalie said ‘Well, we should probably go to bed’, and I said, ‘No, I have to keep looking at her.’ And she: ‘Yes, ok, I agree with you, we absolutely have to keep looking at her’. It is incredible and I am very grateful that you introduced it to me, because otherwise I would have missed it“.

In the past, Cavill said that for him video games are a way to escape the madness of his life. Growing up playing Delta Force and Half-Life, the actor is best known for his passion for League of Legends. Previously also revealed that he had played The Witcher 3: Wild Hunt and had assembled their own gaming PCs by themselves.

The actor is in the spotlight for other reasons. Henry Cavill has recently announced that the third season of The Witcher will be his last with him as Geralt Di Rivia. Instead of him, the production cast Liam Hemsworth, who is already vying for the role in the pre-production period. Not all fans are happy with the decision, a petition has been launched to convince him to reconsider. Cavill, on the other hand, will return full-time to the DCEU as Superman. Maybe a Man of Steel 2 is planned.

We also invite you to subscribe to our Telegram channel dedicated to offers to stay up to date on the best promotions and availability of PlayStation 5 and Xbox Series X. We have also made a practical guide that can help you in the purchase.

Digital Foundry impressed by God of War Ragnarok on PS4: comparison with PS5 and PS4 Pro

The Callisto Protocol: This is how much storage space the horror game needs