Japan – Ukraine. Departure to Tokyo without the right to make a mistake

On November 11 and 12, the playoff match of the Billie Jean King Cup will be held in Tokyo, in which the women’s tennis teams of Japan and Ukraine will play.

Initially, there were four tennis players in the Ukrainian national team, but Dayana Yastremska had unexpected health problems in the form of a kidney stone. Because of this, she had to abandon a trip to the land of the rising sun.

Therefore, only Marta Kostyuk, Katarina Zavatskaya and Lyudmila Kichenok went to the capital of Japan. They simply didn’t manage to find a replacement for Yastremskaya, and again it was not possible to agree in advance with some of our tennis players.

The composition of the Ukrainian team: 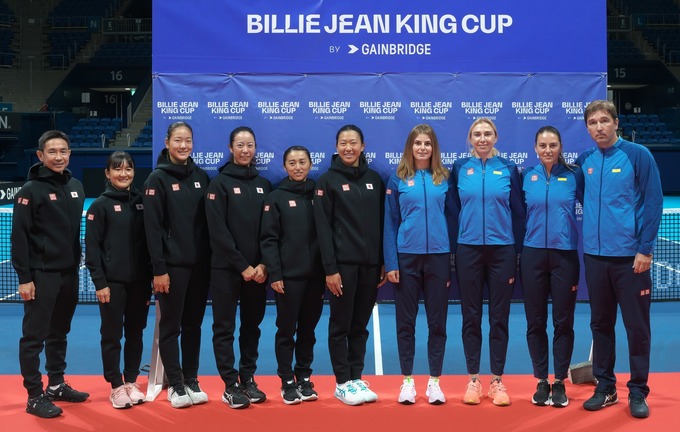 In October, we expected with great hopes the official application for this match from the Japanese side. This time we were lucky again, the main star of the Japanese team Naomi Osaka was off the list. The last time the ex-first racket of the world played for the national team in February 2021, losing a single match to Spaniard Sara Sorribes Tormo.

It should be noted that after the defeat to the Ukrainian team in April 2021 in Chornomorsk, the Japanese women dropped out of the zonal competitions, where Osaka also did not show a great desire to take part. But there, the Japanese confidently dealt with Indonesia, New Zealand, South Korea and China. The hardest hitter was Moyuka Uchijima, who won all four singles matches in straight sets. In this matchup, she will be the first number of her team, as Misaki Doi is showing rather lousy results this year (10 wins with 24 losses), which led to a rating decrease. If at the beginning of the year the Japanese woman was still in the top 100, now she risks flying into the third hundred.

Of particular note is the pair played by Ena Shibahara / Shuko Aoyama, which last season was one of the best in the world. This year, the girls played together only in Australia and in matches for the national team, the level of their results in duets with other performers has dropped noticeably. But deciding the fate of a match meeting in a confrontation with such a duet is not the best scenario.

In what form are Ukrainian women?

Perhaps we should start with Lyudmila Kichenok, who had the best season in her career. This year, Luda, in a duet with Latvian Alena Ostapenko, has risen to a qualitatively new level, finishing the season on the ninth line of the world ranking with two Grand Slam semi-finals, a semi-final of the WTA Finals, as well as three titles, one of which was at major WTA 1000 competitions in Cincinnati . At the WTA Finals, the result could have been a little better, but the Ukrainian was injured before the start of the competition and could not show her maximum. I would like to believe that she will come up to the confrontation with the Japanese in good shape if the fifth doubles match is needed.

Marta Kostyuk did not shine at the end of the season, but she did not have such a failure as Yastremskaya had with 10 losses in 11 matches. Since the US Open, Marta has played four tournaments where she has won two matches. But all the defeats were from tennis players who were higher in the rankings. There are no such performers in Japan, although in this tournament the position in the world classification often means little. In Martha’s personal life, everything seems to be fine as well, the absence of problems on this front always helps in a professional career.

Katarina Zawatskaya played a crumpled season, which she started only in April. In the national team match against the formidable US team, Katya gave her best match of her career, sensationally outplaying Shelby Rogers in two sets. After the level of play that the Ukrainian showed, it seemed that her subsequent rise in the rankings was inevitable, but health problems again put spokes into the wheels. Not so long ago, Katarina even had to play at the 25,000th, where she reached the final. 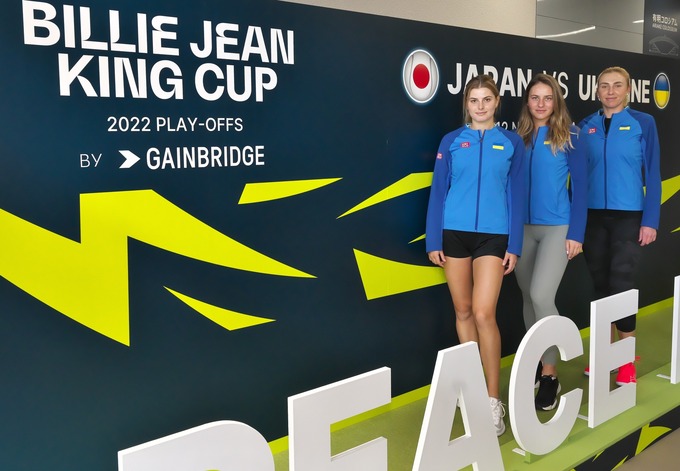 Ukraine and Japan met last April in Chernomorsk. Then the main problem was covid, because of which it was not possible to hold a meeting that was originally supposed to be held in Japan. The Ukrainian side quickly made a fuss and managed to organize an event in Chornomorsk on clay. Japan brought the third team and was punished with a score of 4:0, although some victories were not easy.

What are the teams fighting for?

The winner of this meeting next season will enter the Qualification round, through which you can break into the Final of the year. The losing team will go to conquer zonal tournaments in the First Group.

Live broadcast of the match meeting of the Billie Jean King Cup Japan – Ukraine will be held on Sport 1 TV channel.

Marta Kostyuk in good health and spirits is stronger than both Doi and Uchijima. Moreover, both of her matches will start the game days, which is clearly in our favor. If our leader gets two wins, then Katarina Zawatskaya is quite capable of winning one of her meetings. And although the Kostyuk / Kichenok pair looks very promising, I really don’t want to decide the fate of the meeting against the Japanese duet. Therefore, our path is victory in single matches. Of course, things can get much more complicated. Playing on foreign soil in the Billie Jean King Cup is an order of magnitude more difficult, although in April in the USA, our girls showed that this young squad is capable of even more than they are expected to.

Forecast Aroged: Victory of the Ukrainian team with a score of 3:1