Joe Biden: “We need to take a closer look at Elon Musk’s ties with other countries” 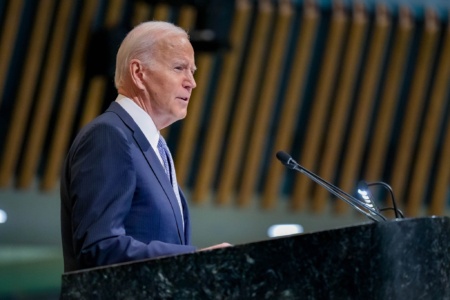 US President Joe Biden says that Elon Musk’s relations with other countries “are worthy of attention.” In a conversation with reporters, Biden did not specify if there was any ongoing investigation, but suggested that the CEO of Tesla and Twitter deserved further scrutiny.

“I think Elon Musk’s collaborations and/or technical relationships with other countries are noteworthy. Whether he does something inappropriate or not, I don’t assume it. I think that this needs to be looked at and that’s all I will say, ”Biden said.

It’s unclear what connections Musk had in mind for Biden, but he’s not the first official to speak of Elon’s relationships with other countries as a potential problem. Earlier, Senator Chris Murphy said the Committee on Foreign Investment in the United States (CFIUS) should investigate the “national security” implications of Musk’s Twitter purchase agreement. Murphy and others have pointed to the presence of foreign investors in the Musk consortium, such as Prince Al-Waleed bin Talal of Saudi Arabia, Binance Holdings Ltd. (a digital asset exchange run by a Chinese native) and a sovereign wealth fund in Qatar.

«I think that Elon Musk’s cooperation and/or technical relationships with other countries [are] worthy of being looked at» — Biden pic.twitter.com/Zl5qPUsAtZ

Other critics point out that Tesla’s business in China could make it harder for Musk to make decisions about content moderation on the social network, or that officials could pressure him to pass data. In June, The Washington Post reported that some US intelligence analysts and White House officials were “worried” about this.

Musk was also widely criticized for tweets saying that the “will of the people” should decide whether the territories of Ukraine seized by Russia should become part of the aggressor country. He also threatened to stop paying for Starlink internet for the Ukrainian government, but later retracted his statement.

iPhone and iPad: Apple and Amazon accused of having agreed to maintain high prices