The fans of the MMOARPG Lost Ark are already looking forward to the November update, because then the western version of the game will be expanded with another advanced class. The third, advanced mage class is the Reaper, whose game identity revolves around three modes: Normal, Persona, and Mayhem. The Reaper moves very quickly, and if you want to try her out, you’ll have a chance starting November 16, 2022. The people at Amazon Games shed light on what makes the class special in a post from the Lost Ark Academy, which you can check out below.

But before that, important information for you, because with the November update for Lost Ark (buy now €19.99) a Punika power pass and a Hyper Express event will also start with the availability of the reaper, so that you can get a character in can go from item level 1302 to item level 1445 at lightning speed.

You will receive the Punika Power Pass if you complete the quest “Berver’s Friend” before or during the event period. Once you’ve completed the storyline on that continent, you can use it to bring another character to that point in the game. The Punika Power Pass grants you item level 1302 gear. You can then select a character from your list with an item level between 1302 and 1445 to participate in the Hyper Express event and earn Enhancement Materials to level up to level 1445 and to receive a particularly valuable reward. 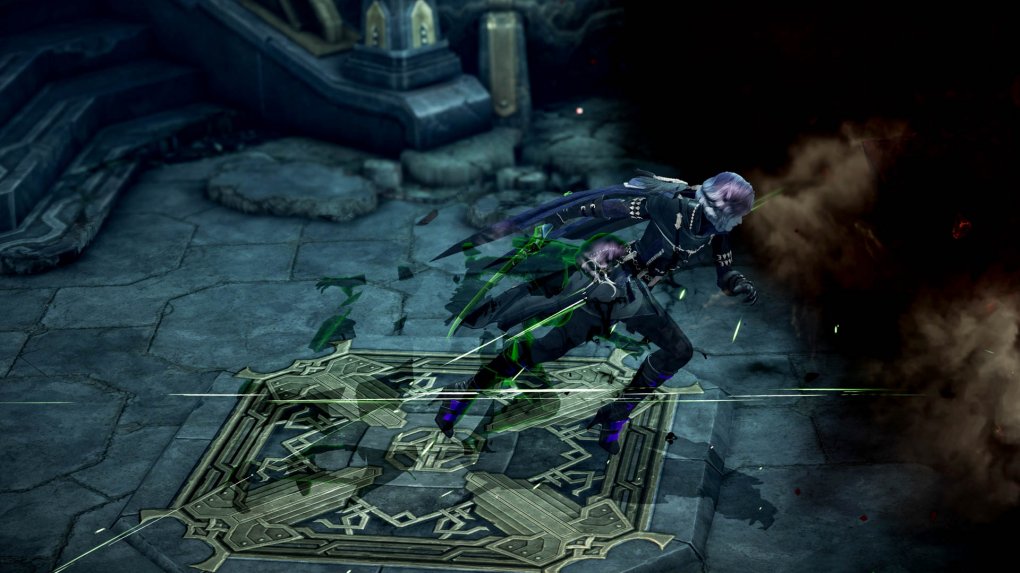 NORMAL MODE: In Normal mode, the Persona gauge fills up over time and each time a skill hits the target. When the Persona gauge is full, you can enter Persona mode by pressing “Z”. The chaos gauge increases with each successful hit of the dagger and shadow skill when the persona gauge is full. When the Persona gauge is full, enter Chaos mode by filling up the Chaos gauge by constantly using the Dagger and Shadow skills without pressing “Z”. . The shadow illusion lasts until you attack. You continue to sneak even if you use move or stand up skills while doing so. In Persona mode, your movement speed increases by 30% and you begin to sneak, but are vulnerable to enemy adventurers within 4m. In Persona Mode, Dive skill damage is increased by 25% and the effect stacks up to 5x depending on the duration of Persona Mode. If you attack or the meter is depleted, you will return to normal mode.CHAOS MODE: Crit Chance +15%. Movement speed +10%. attack Speed ​​+10%. Chaos mode initially lasts 9 seconds. Continuously hitting an enemy with your dagger skills, or when using the Shadow skill, will reset Mayhem mode’s duration to 9 seconds. At the end of Mayhem Mode, the Mayhem Gauge resets and returns to showing a full Persona Gauge.

Like other advanced classes, the Reaper has two unique class engravings that enhance different aspects of the class. The Hunger class engraving focuses on generating a higher Chaos Gauge and dealing even more damage in Chaos mode. Moon Voice focuses on landing big dive attacks in Persona mode that increase Dive’s damage instantly instead of having to generate stacks.

The makers of Lost Ark are back in their dong pants and are giving away a pet via Twitch Drop, among other things.

SKILLS
The Reaper has three skill categories: Dagger, Shadow, and Dive Skills Dagger and Shadow skills are used to charge up Persona and Chaos modes, and Dive skills are greatly boosted by Persona – allowing the Reaper to unleash devastating attacks.

Distortion – Summon the darkness of a warped space to quickly move 10 yards forward, dealing damage to enemies that stand in your way. Deal extra damage to enemies that get in your way when they land. Ignore collisions with Adventurers and Guardians.Call of the Knife – Summon the Reaper’s Blade at the targeted area, dealing Dark damage to enemies within 3 yards. The enemy’s movement speed is temporarily reduced. The Reaper’s Sword draws enemies near it while dealing damage and explodes, dealing Dark damage. The movement speed debuff can be stacked up to 5 times, and at max stacks the enemy will be temporarily feared.Shadow Storm – Move forward 2 meters and jab your weapon to deal damage, then summon shadows, to viciously slice and cleave enemies to deal 10-hit damage. Use Storm to the End to move forward 6 meters and deal damage. Break off Storm halfway to deal damage. Enemies in the air are knocked back up and knocked back on hit.Shadow Double – Summon a Shadow Clone at the target area for 6 sec. appears long. Use the skill again on you and your clone to throw a shuriken at the targeted area, dealing Dark damage.Black Mist – Hide behind a Dark Shade in the targeted area and attack enemies while moving. While the skill is active, all incoming damage is reduced by -20%. Deals damage and at 4 stacks Frightens enemies for 2 seconds. Ignore collisions with adventurers and monsters while moving.Shadow Trap – Summon a shadow trap at your current location, then move backward 6 meters. This ignites a shadow that damages enemies within 3 yards and stuns them for 2 seconds.

Blazing Brand – Vanish in mid-air, moving up to 8 meters toward the targeted area before striking, dealing damage and knocking enemies up.Rage Spear – Gather red shadow energy and lunge forward to blast enemies within 8 meters Dealing damage and paralyzing them.Dance of Rage – Gather red shadow energy to quickly move forward and deal damage. Deal additional damage to enemies who are in the air. Perform another slash, dealing damage while returning to your starting position.Silent Fury – Leap backward 3 meters and gather dark energy to propel you forward, damaging enemies with slashing and knocking them down as you move. Ignore collisions with adventurers and normal monsters while moving.

Lunar Eclipse: Cadenza – Concentrate all Shadow and Moon energy to summon a huge sphere of shadow that damages nearby enemies and pulls them near it. The Shadow Clone leaps through enemies, damaging them before causing a massive explosion that knocks enemies up and deals damage.Solar Eclipse: Requiem – Focus your mind and merge with the shadows for 4 seconds. Use the skill again to sneak up on your enemy in the shadows and perform 3 hits that damage them, knocking them into the air with the last hit. After each hit, you become cloaked again for 4 seconds and can still attack opponents even if you are not cloaked. Ignore collisions with adventurers and guardians when using skills.

Fortnite: All there is to do before the end of Chapter 3