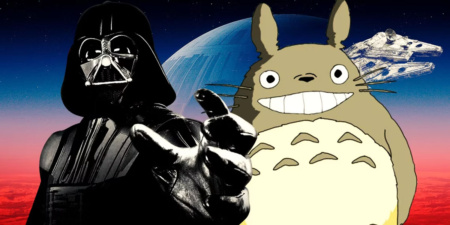 The well-known Japanese animation company Studio Ghibli posted a short video on its Twitter page hinting at a collaboration with Lucasfilm. In fact, the video consists of Lucasfilm’s splash screen, which starts her projects, and the Studio Ghibli logo.

Unfortunately, the publication does not have a textual description or any other explanation. However, many fans have taken this post as evidence that a collaboration between the two companies is underway. Although there is no information about which project it may affect.

Some fans believe that the studios are working on an animated film in Ghibli’s signature art style, set in the vast Star Wars universe. However, we should not forget that in addition to Star Wars, Lucasfilm also owns the rights to other intellectual property, including Indiana Jones and Willow. Both of them should return in 2023. More details on the collaboration are likely to be released in the coming months.

DOOM Eternal and the Mick Gordon case: fans take sides with the composer

Call of Duty Modern Warfare 2: The return of the prestige system thrills fans

Hogwarts Legacy: Hogwarts, fights… The Harry Potter game invites you to a magical presentation, get ready!

Japan - Ukraine. Departure to Tokyo without the right to make a mistake