Modern Warfare 2, Gotham Knights and FIFA 23 are the most downloaded games on the PS Store in October

Sony published a list of the most downloaded games in PS Store for October: both paid and free projects for PS4 and PS5. And traditionally in Europe and North America.

If we talk about games for PS4 and PS5, then in three cases out of four, the first line is Call of Duty: Modern Warfare II – the game lost the lead only in Europe for PS4. There at the top is located FIFA 23which feels very confident in all lists, without leaving the top 3.

In addition, in the top three on the PS5 is Gotham Knights. Another new October A Plague Tale: Requiem, ranked #7 and #10 on the PS5 games list in Europe and North America, respectively. Also players continue to buy Minecraft, Grand Theft Auto V and other relatively old games. 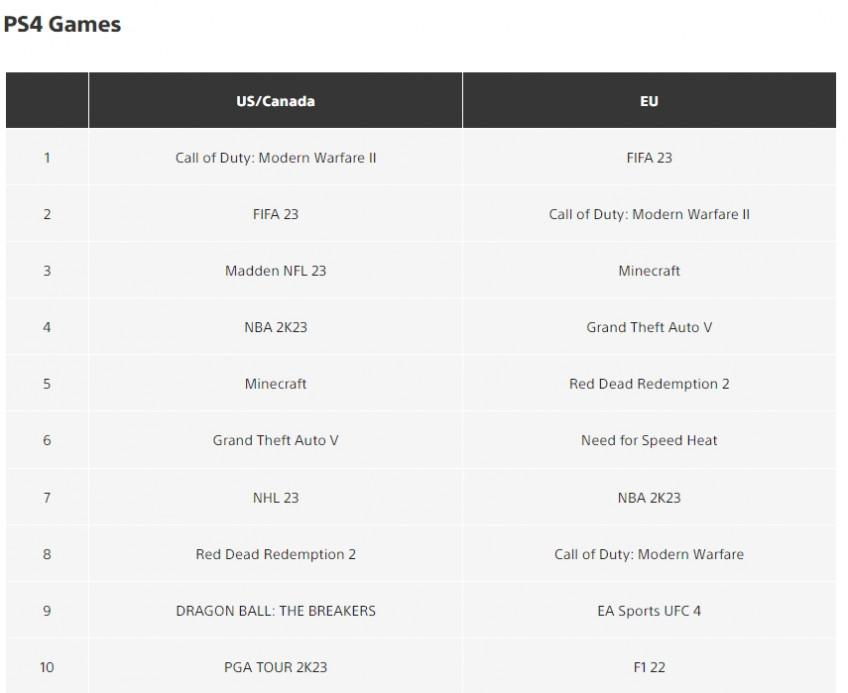 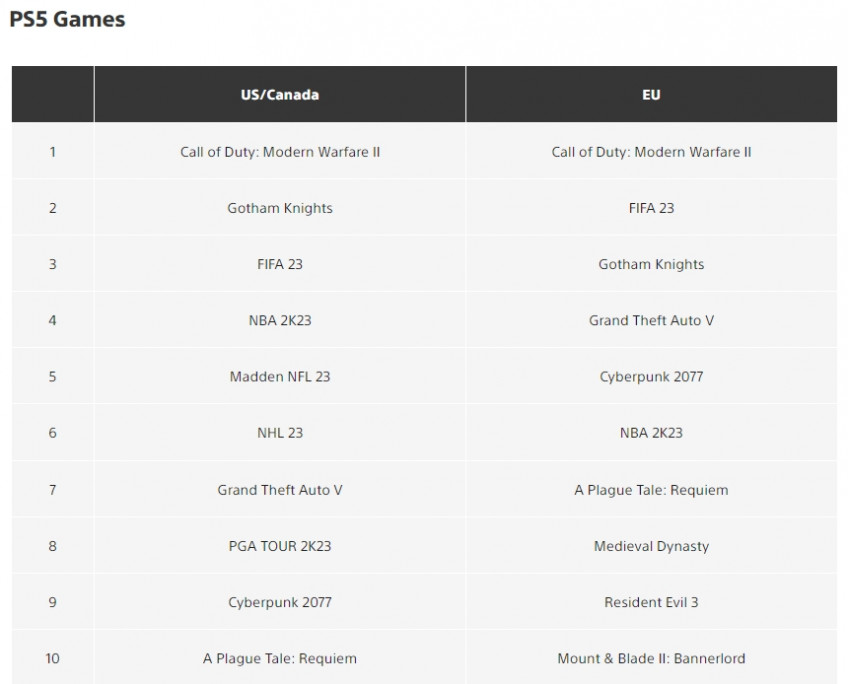 Among the free games in the overall chart for two consoles, the leaders are Overwatch 2, The Sims 4 and Fortnite.

Lots of new things to do with the driver’s license test: What has changed