Mushrooming in Genshin Impact: How to Find and Catch Mushrooms [прохождение] 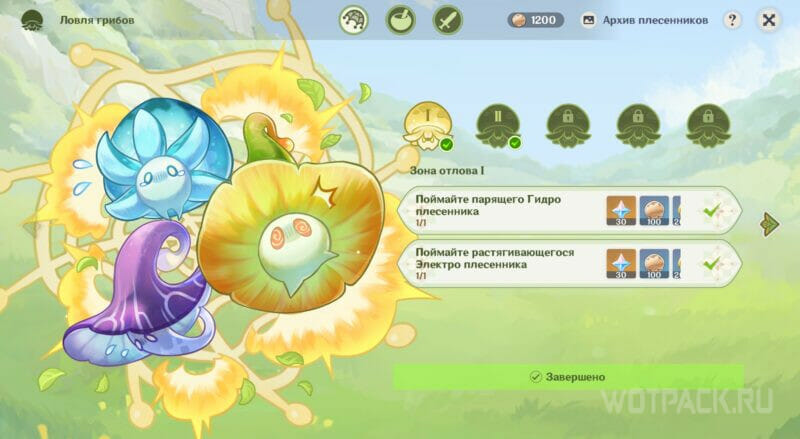 Mushroom fishing in Genshin Impact is one of the game modes of the Epic Mold Showdown event. In it, you have to catch molders with the help of a special item and receive rewards for this: primogems, mora, and event currency. Various types of mushrooms will be encountered as you progress through the event quests. 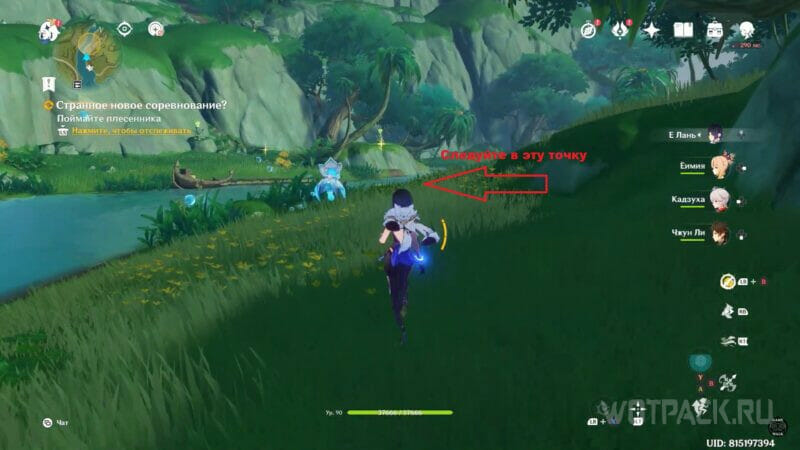 The opportunity to catch mushrooms will be presented for the first time during the event quest A strange new competition. As the task progresses, the Traveler will automatically be transferred to the mold catching area.

How to use the Pearl of Wisdom 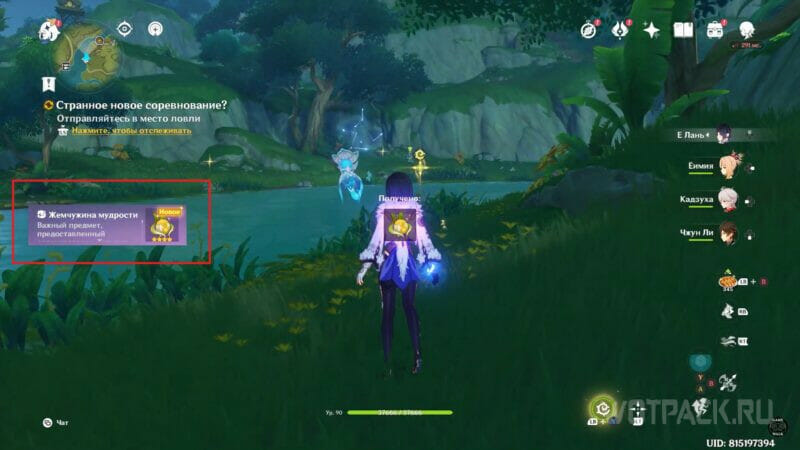 An NPC named Hania will give out a special item: the Pearl of Wisdom, with which it is possible to catch mushrooms. To use this item, you must first equip it. To do this, open inventory and click “Put on”. 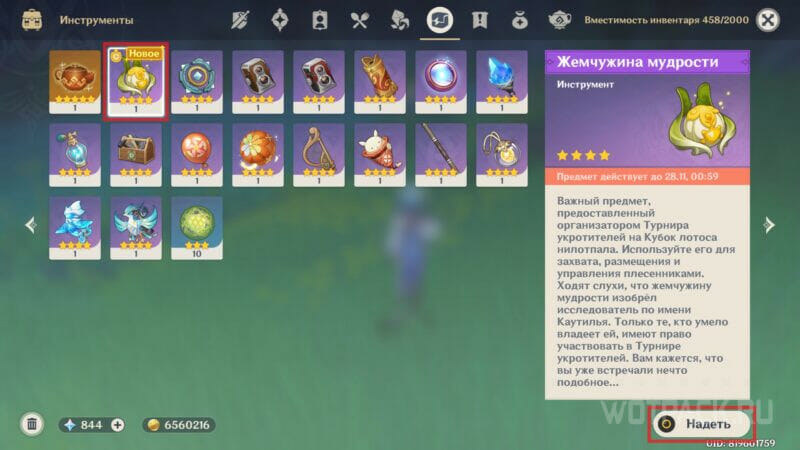 After that, the elemental skill will be replaced by a net, which must be thrown directly at the mushrooms.

For good fishing, it is important to observe some conditions:

Don’t get too close. It is worth keeping a certain distance so as not to frighten off molds. 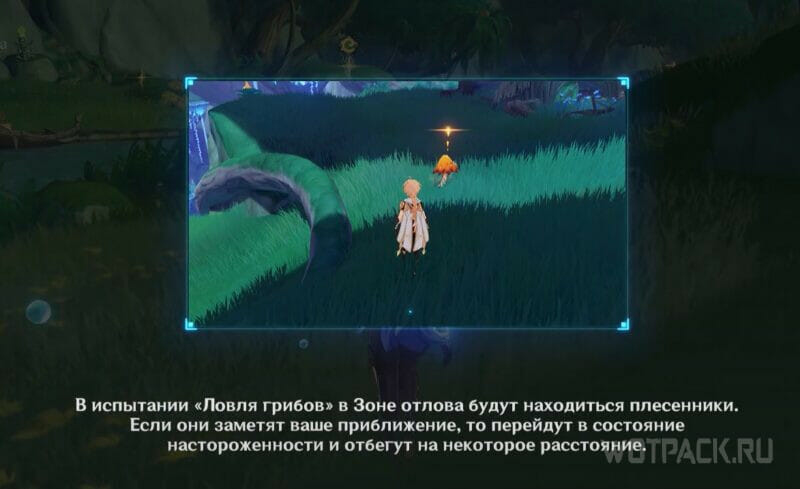 Do not apply the Pyro status to the mushrooms, this will slow down the filling rate of the capture scale. Instead, it is advisable to hit them with Electro elements (very good archers this element). Although their movement speed will increase, which can make it difficult to hit with a net, due to the accelerated filling of the catch gauge, this will make it easier. 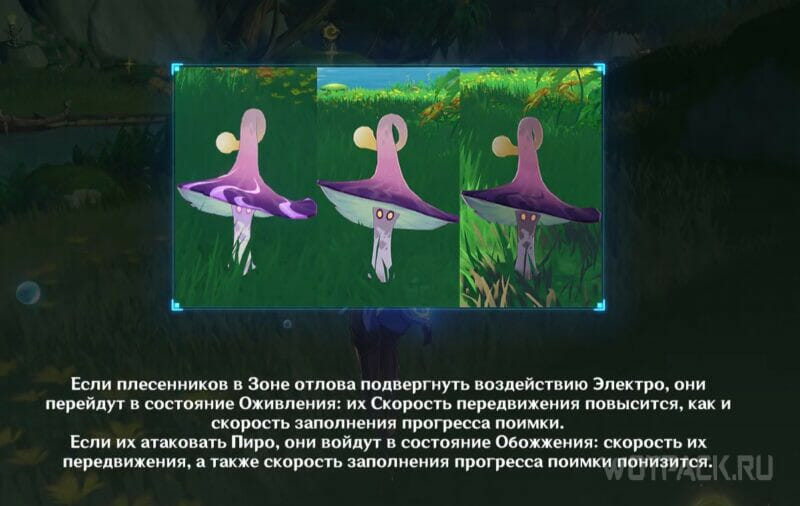 Without imposing an elemental status (Pyro or Electro), in order to catch a mushroom, you need to throw a net at it 2 times. When using the Electro element, 1 time is enough, and if the molder was attacked by Pyro, then 3-4 times. 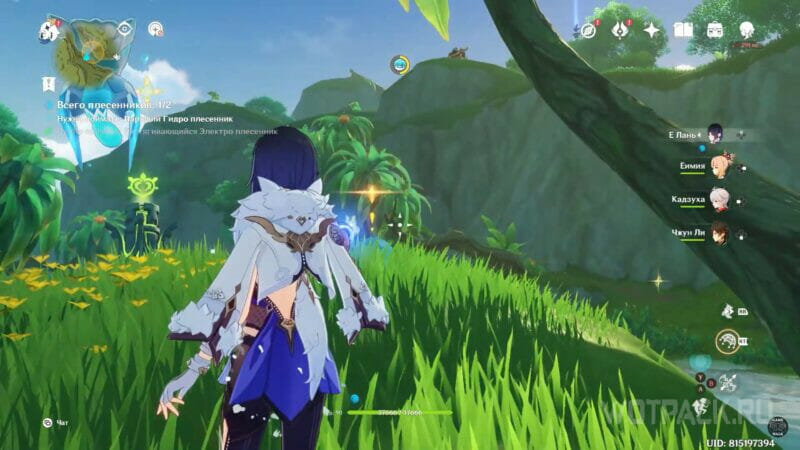 If you started to catch one of the molds, then it is better to finish the job. When you throw a net on a mushroom for the first time, it gets scared and starts to run away exactly the same as if you just frighten it away. It’s easier to catch up and finally catch than to be distracted by another and catch them both longer. 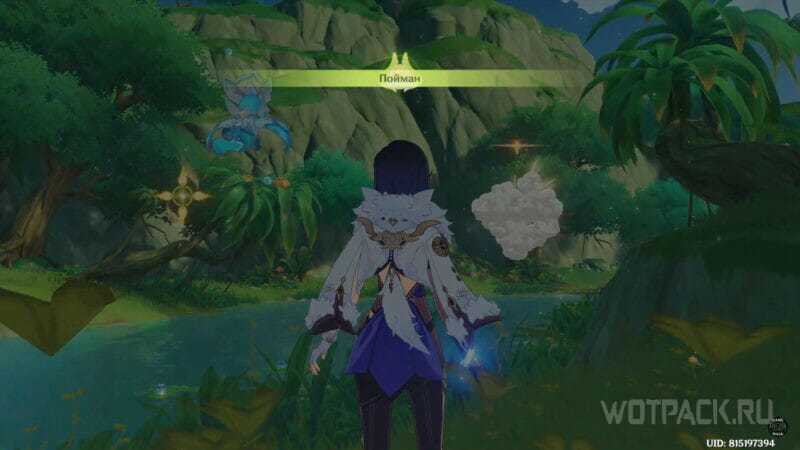 Capture Zone I: How to Find and Capture Hydro and Electro Molds 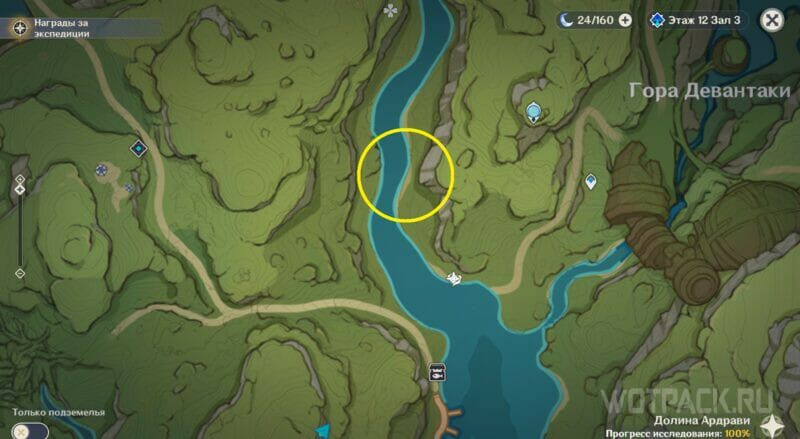 The first mushrooming area is located in the same area of ​​the quest. Look around and find two molders nearby. They can be caught in any order.

Molds in this zone, if frightened off or caught for a long time, can fly to the other side of the river, making it very difficult to catch. Therefore, it is important to catch the mushroom as soon as possible in order to 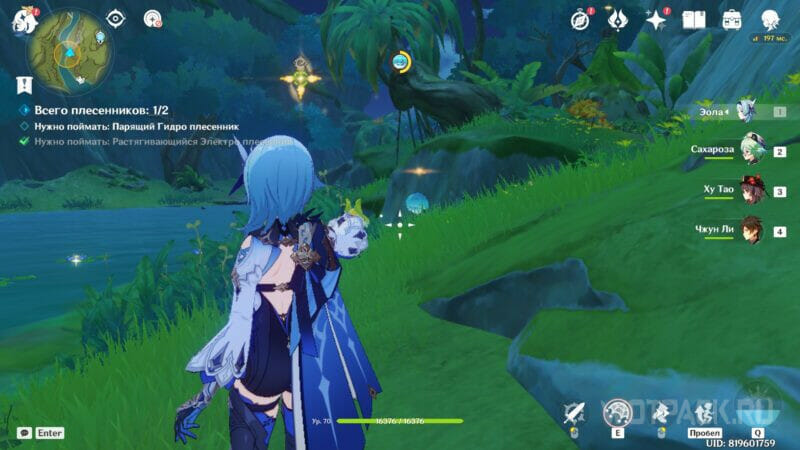 The same goes for the second mold. They can be caught in any order, but it is advisable to try to catch them in such a way that trying to catch one does not frighten off the other. For this, it is desirable that they are at a great distance from each other. 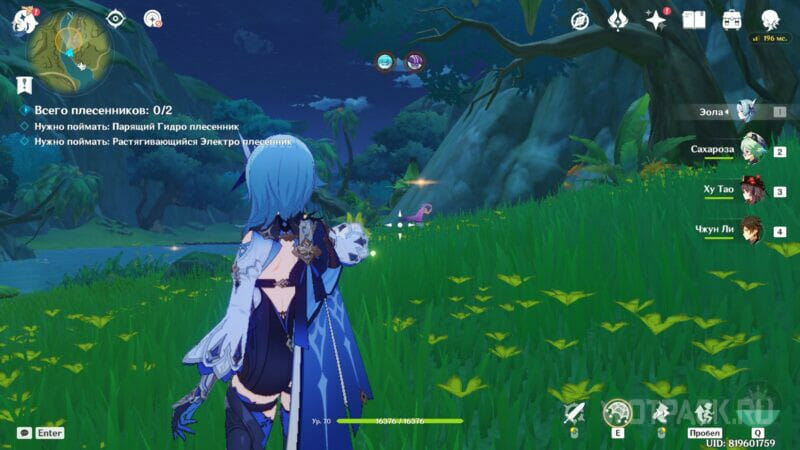 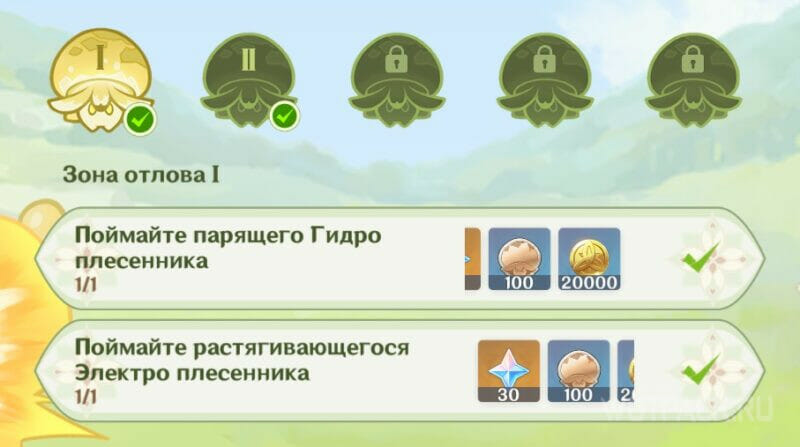 For catching molds from Zone 1 you will receive:

Capture Zone II: How to Find and Capture Cryo and Geo Molds 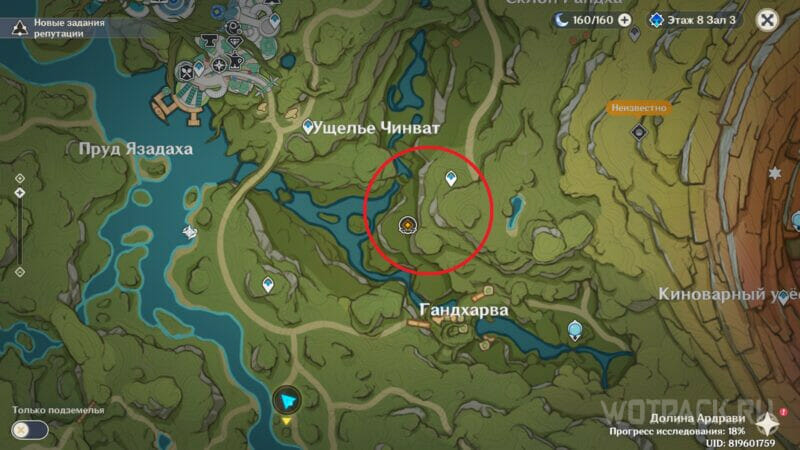 The mold site for Capture Zone 2 is in the Ardravi Valley, between Chinvat Gorge and Gandharva. The most convenient way to get there is from the northeast teleport point. 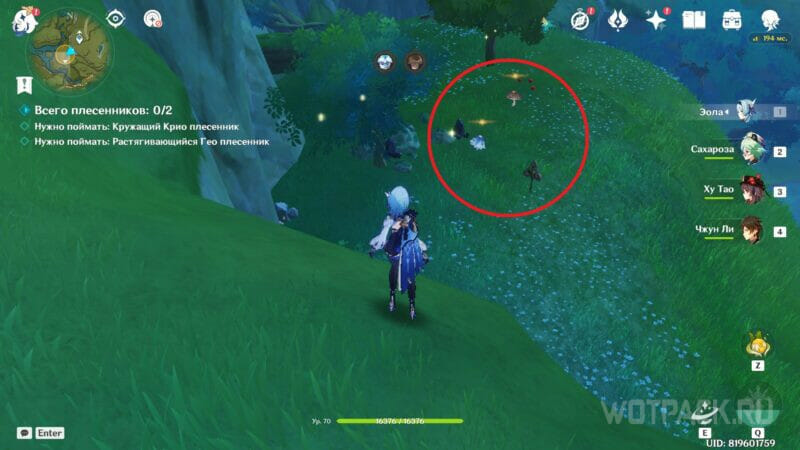 It is easier to catch moulders in this location, as they cannot fly to the other side of the river. And Geo molder does move only on the ground. It will be easier to catch him, so it makes sense to start with him. 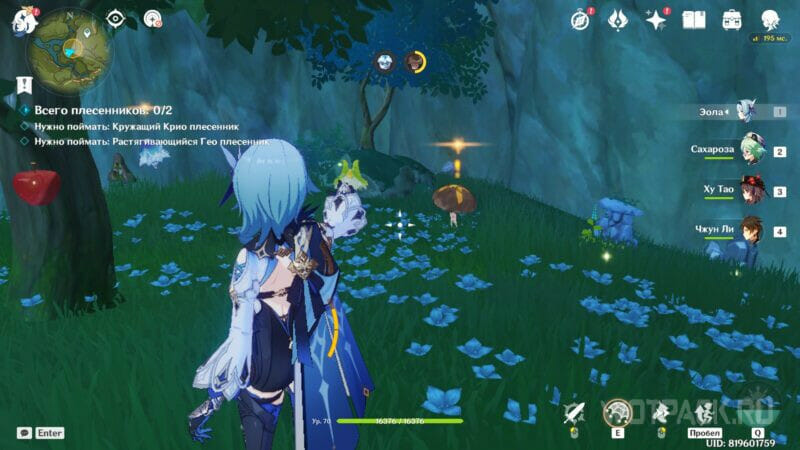 The cryo mushroom can jump in the air, which can cause problems with it. It takes some dexterity to hit him with a net. It makes sense to use the Electro element to make it easier to capture. 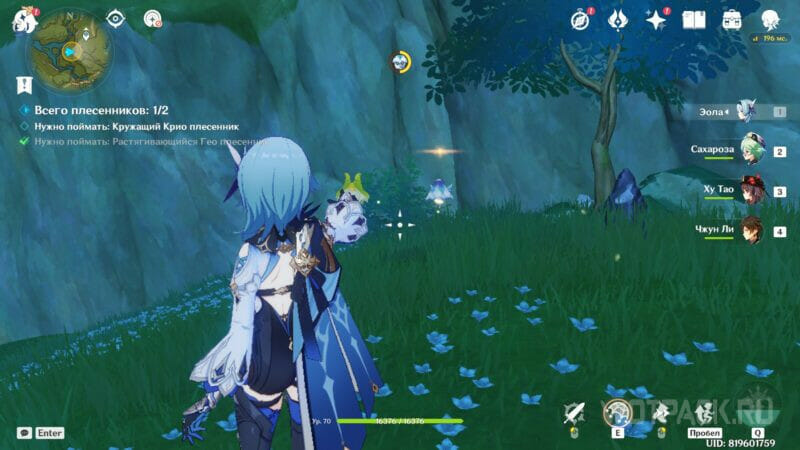 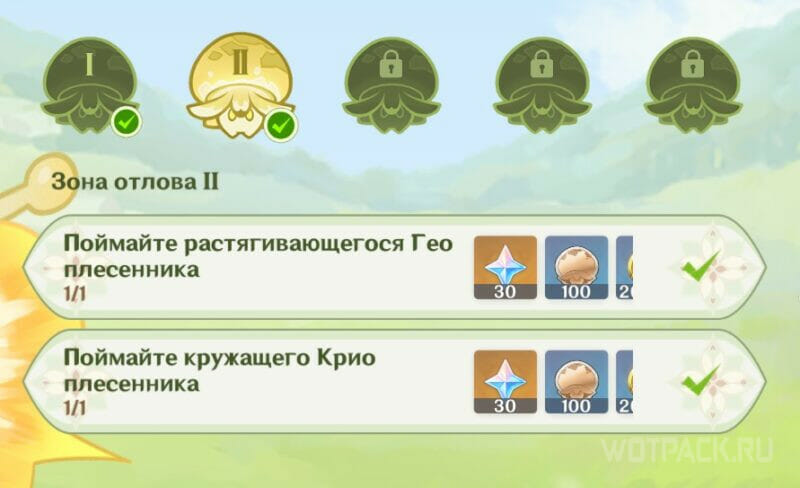 The prize for completing this stage consists of:

For completing all the tasks of this event, the Traveler will receive in total:

We hope our guide to the passage of Mushrooming in Genshin Impact helped you find and catch all the molders. If you have any questions about the location of the mushrooms or how to use the Pearl of Wisdom, write about it in the comments. Bookmark the guide for updates and follow other Genshin Impact guides on the site.

Cyber ​​Monday: Less than €500 for the Samsung Galaxy S22 5G, it’s possible thanks to Black Friday