PlayStation Plus Extra and Premium: November is Kingdom Hearts month

Fortunately, Sony does not like small updates, and also for the month of November has prepared a very wide selection of games for PlayStation Plus Extra and Premium, as well as varied. Among the upcoming titles for PS4 and PS5 stand out The Elder Scrolls V: Skyrim (which is about to turn its eleventh year of age), the entire Kingdom Hearts saga and a good representation of shooter made in Ubisoft, while the catalog of Premium will be fleshed out with the classic episodes of the Ratchet & Clank saga, which instead celebrates twenty years. The new line-up, which will be made available to all subscribers on Tuesday 15 November, clearly does not end here, so join us in discovering all the new November games for PlayStation Plus Extra and Premium.

The November selection for PlayStation Plus Extra is opened by that timeless classic that responds to the name of The Elder Scrolls V: Skyrim, which just tomorrow 11 November celebrates its eleventh birthday. It has been on its back for many years, luckily the Special Edition helps smooth out the wrinkles of one of the most played, loved and influential open world RPGs ever. The Special Edition includes, in addition to the base game, also all the DLCs (including the Dawnguard, Hearthfire and Dragonborn expansions) and new features such as renewed graphics and effects, volumetric light beams, dynamic field of view, reflective surfaces and support for mods . Thanks to a dedicated update, on PlayStation 5 Skyrim: Special Edition runs at 4K resolution at 60fps with reduced loading times.

Ubisoft contributes to the cause with three shooters from the Tom Clancy’s franchise. The first, Rainbow Six Siege, is a team tactical FPS that for years, also and above all thanks to commendable support, has gone wild in the eSports scene, offering entertainment to both players and spectators. On PlayStation 5 it is able to go up to 120 fps, provided you have a compatible monitor, of course. 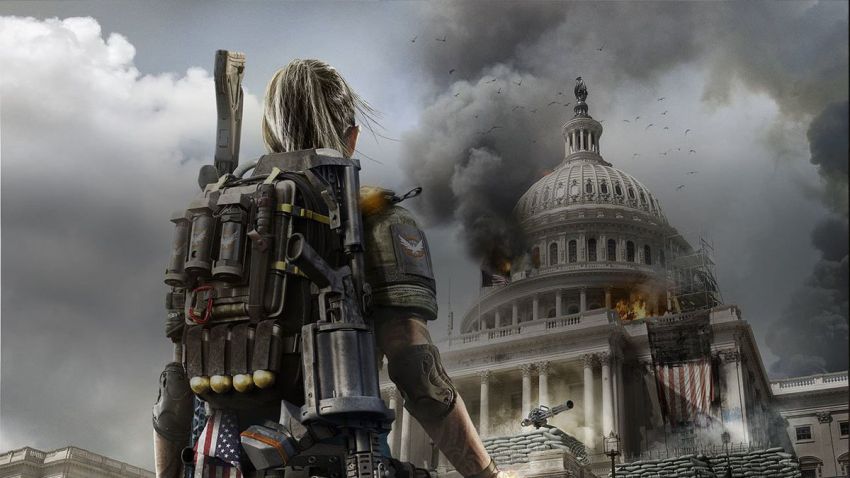 The Division 2 and Ghost Recon Breakpoint, for their part, are two third-person open world online shooters with a strong cooperative streak, even if declined in different ways. The first, more focused on role-playing elements, is set in a post-pandemic Washington DC devastated by gangs of raiders and opportunists, while the second focuses more decisively on tactical action and the use of vehicles in the varied open world of Auroa. , a fictional island located in the South Pacific near the Antarctic continent. Read the Tom Clancy’s The Division 2 review and the Tom Clancy’s Ghost Recon Breakpoint review for more details. Kingdom Hearts 3 represents the conclusion of the Xehanort saga, which has unfolded over many years and on multiple platforms in the games appropriately mentioned and collected just now. In addition to being a real joy to see, it is also very faithful to the dictates of the saga, with frenetic and spectacular real-time battles that are based on a renewed but familiar combat system. The sections on board the Gummiship are also present, while among the new worlds we mention those of Frozen, Toy Story, Monsters University, Big Hero 6 and Rapunzel. Read the Kingdom Hearts 3 review. Sony and Square Enix have done en plein by also throwing Kingdom Hearts: Melody of Memory into the fray, a musical game that tells what happened immediately after the Kingdom Hearts 3 finale and at the same time lets itself go to memories, offering a selection of over 140 songs from previous episodes. The trio of the protagonists, together with many other well-known faces of the saga, are called to face musical levels by hitting the Heartless who stand in front of them with the right timing. You will know more by reading the Kingdom Hearts: Melody of Memory review.

Oddworld: Soulstorm serves as a sequel to Oddworld: New ‘n’ Tasty by revisiting the classic Abe’s Exoddus, one of the most iconic games of the first PlayStation. Abe, a reticent Mudokon hero who unintentionally sparked a riot, is now called upon to lead his comrades through environments designed in 2.9D full of puzzles to solve and obstacles to overcome with pinpoint accuracy. The historical formula of the saga is enlivened by RPG-lite elements, such as the ability to obtain resources to build new items and weapons, and by the Quarma system, which reflects Abe’s actions influencing his destiny and that of his companions. The Enhanced Edition includes Toby’s Escape, a challenging new game mode more focused on environmental puzzles.

Chorus is completely different, a space shooter that puts you at the helm of Forsaken, a sentient starfighter powered by artificial intelligence. Over the course of the single-player campaign, you will have to join the resistance to fight against the Circle and its dangerous leader, the Great Prophet, who will unleash you against hordes of enemy starfighters, titanic battleships and unknown entities of the Void. On PlayStation 5 you can enjoy the support of the DualSense features and a technical compartment in 4K and 60fps specially designed for the next-gen, complete with an optional mode for ray tracing (but limited to 30fps). Here is the Chorus review.

The highly acclaimed What Remains of Edith Finch is a first-person narrative adventure developed by Giant Sparrow, studio formerly responsible for The Unfinished Swan. As the young Edith you are called to explore the deserted Finch mansion to (re) discover the stories of the family members who have inhabited it over the previous decades.

Each found memory will allow you to experience the last day of life of one of Edith’s relatives, a gimmick that allows the tone of the story to constantly change and unleash a persistent and genuine sense of wonder. An applause goes to the screenplay, which shines for the delicacy and intelligence with which it faces the theme of death, which permeates the very fabric of the entire production. In our review of What Remains of Edith Finch you will find an even more in-depth examination.

The Gardens Between is a surreal puzzle / adventure game that sees two great friends, Arina and Frendt, grappling with the puzzles of a world made up of wonderful garden islands. In their shoes, you can move back and forth in time to reveal the secrets of each garden and, in the course of the adventure, discover the meaning of the bond that unites them: the memories they have built, what they have to leave behind and what they should never forget. We also have The Gardens Between review for you.

The November Extra selection is finally completed by Onee Chanbara Origin, a collection including the two sword-based action games THE Onee Chanbara and THE Onee Chanbara 2, and two games from the long-running Earth Defense Force series, namely the classic third-person shooter Iron Rain is the alternative World Brothers, set in a parallel world made of blocks.

I classici per PlayStation Plus Premium

The dynamic duo of Insomniac Games, which has accompanied PlayStation gamers for four generations of consoles, has just celebrated its twentieth anniversary, so Sony has well thought of replenishing the PlayStation Plus Premium catalog with all the classic episodes that were missing. . Ratchet & Clank, Ratchet & Clank 2: Fire at Will and Ratchet & Clank 3, here in their remastered version for PS3, make up the original trilogy that in the early 2000s captured millions of gamers on PlayStation 2 with its successful mix of comedy, science fiction, platforming and shooting. The spin-off Gladiator, also the subject of a port for PS3, instead puts aside the jumps to focus mainly on bullets and explosions. Also present was Ratchet & Clank: Weapons of Destruction, which is remembered not only for having started the Future saga, but also for having been, in the now distant 2007, one of the first video games to flex the muscles of the infamous chip Cell of the third PlayStation home console. On PlayStation 5, the much more recent Ratchet & Clank: Rift Apart also had a similar honor, to date the only title in the series not to be present in the Extra catalog.

Web Summit 2022: know how many purchases the event generated

Gotham Knights: how to platinum the game on PS5 and PS4? The list of trophies finally revealed