Russian referee: “We have good relations with Lobanovsky” 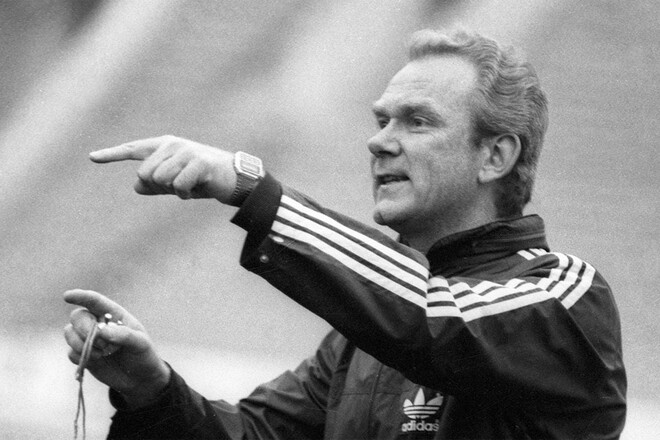 “Since I worked in the Spartak system, the attitude towards me was quite definite. When I came to judge in Kyiv, they said to my face: “Oh, the Spartak Muscovite has come to help his people.” Lobanovsky treated the judges in the style of Beskov – extremely cool and with disdain. But we have surprisingly developed a pretty good relationship. Largely because of the unusual match that happened at the training camp for judges of the USSR Major League.

One of these collections was made in Uzhgorod – the very west of Ukraine, almost on the border with Hungary and Poland. Simultaneously with our training camp, several Ukrainian teams of masters arrived at the same time, including Dynamo Kyiv. We even took exams from football players – we arranged interviews for them according to the rules of the game. Good practice for us, the referees, and for the players, who could then discuss some nuances with us.

After one of the classes, Lobanovsky suddenly approached us: “Judges, you arrange exams for my guys here, but do you even know how to play football?” We agreed that we would play a match right in the gym: referees against the leadership of Dynamo. Lobanovsky himself watched from the bench, and Konkov, Veremeev, Puzach, former players of the main team, came out against us. Forces are serious, but consistency must be shown. Before the game, Vladimir Ivanovich Zuev, the chairman of the All-Union Board of Referees, said to us: “Just try to lose – your authority will instantly fall to the level of“ scored by announcement.

The game was tough – many Dynamo coaches were still quite “on the game move”, but we managed: we tied. After the match, Lobanovsky approached us and gave a laconic assessment: “Worthy”. After that, he organized a bathhouse for all of us, and in general, his attitude towards us specifically changed somewhat. Since then, when I came to referee “Dynamo” (Kyiv), of course, they did not meet with open arms, but they behaved quite respectfully. After one of the games, Lobanovsky went to the judges’ room and thanked us for our work – although the match was not easy, there were many controversial decisions. Veremeev, who at that time was the head of the Dynamo team, was surprised himself: “Well, guys, you give: for Lobanovsky to thank the judges, it’s worth a lot.”

Is sales cannon GTA V finally starting to slow down?

PS Plus: New games in November 2022 for Premium and Extra - that's coming to you

Guardians of the Galaxy 3: Emotional trailer to say goodbye to the crew – watch here!