Launched in early November, Single Day 2022 is slowly coming to an end. You only have 48 hours left to take advantage of the promotions of the International Shopping Festival offered by AliExpress. 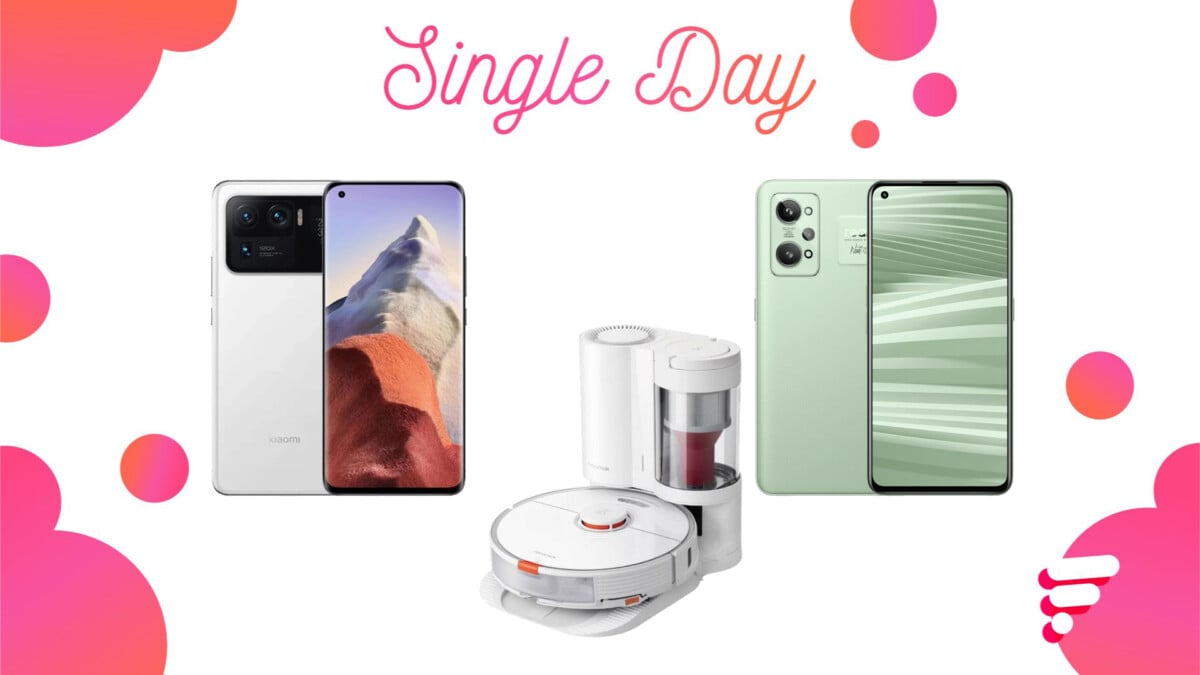 This year, AliExpress has decided to overhaul its Single Day formula in depth. Where the brand usually offered a day of promotions, this year it was for nearly two weeks that the e-merchant displayed all of its offers. A period rich in bargains, which is now coming to an end since the operation ends on November 13th.

You therefore only have 48 hours left to take advantage of the best offers available on the platform and we invite you to discover the best of them, between smartphones, robot vacuum cleaners or even electric scooters.

The best promotions available during the last days of Single Day:

How do Single Day offers work?

For its Single Day, AliExpress has pulled out all the stops and is offering numerous discounts on many products from its catalog. Enough to get attractive discounts of up to 90% on certain products. But that’s not all, because in addition to these promotions, the e-merchant also offers to save a few extra euros thanks to various promotional codes, to be used according to the amount of your purchases:

When it was released in 2021, the Mi 11 Ultra established itself as Xiaomi’s most premium smartphone and is still a benchmark in the high-end camera market today. Qualified as the ultimate in the Mi 11 series during the test conducted by Aroged, it has no shortage of arguments, starting with its large 6.81-inch curved AMOLED QDH+ and 120 Hz screen and the power provided by its chip. Snapdragon 888.

But the real strength of the Mi 11 Ultra lies in its camera. It is made up of a 50-megapixel main sensor, a 48-megapixel ultra-wide-angle and a 48-megapixel telephoto lens. A little extra: Xiaomi has equipped its Mi 11 Ultra with a secondary screen to easily take selfies with the rear camera.

Autonomy is also at the rendezvous of this smartphone powered by a 5000 mAh battery and compatible with 67 W fast charging. 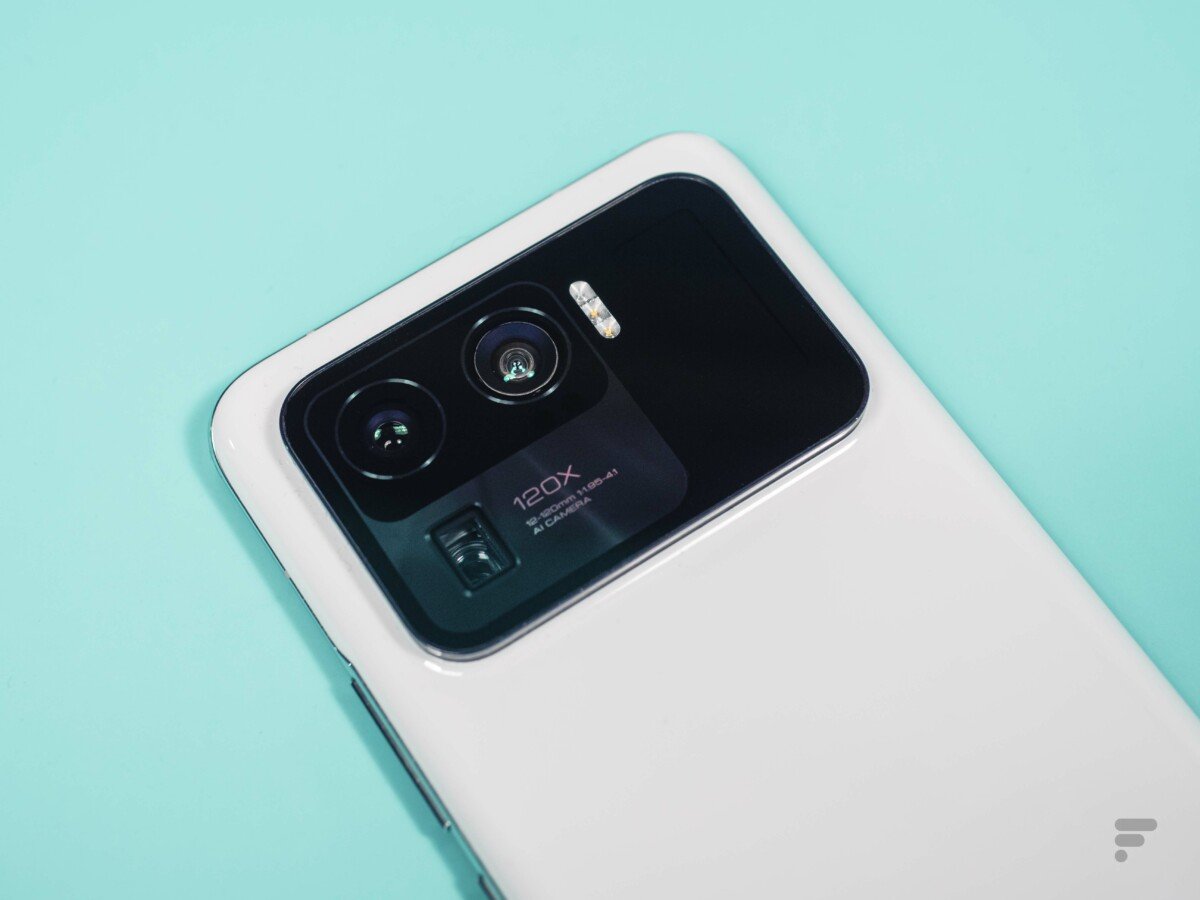 For Single Day, AliExpress drops the price of this excellent photophone from 969 euros to 579 euros with the promo code FR80.

The Roborock S7 and its docking station at 553.92 euros

With the S7, Roborock presented what is arguably one of the best performing robot vacuum cleaners around (as proof, we gave it a 9/10 in our test). It is able to tackle most dirt in a jiffy. How ? Well, quite simply because it not only has a full arsenal of brushes and rollers and a nice suction power (2500 Pa), but also a sonic vibration mop that removes the most stubborn stains. .

Its other asset is its very well-stocked navigation system which relies on a laser rangefinder and a host of infrared proximity sensors to map locations and avoid obstacles with precision. To top it all off, this model comes with Roborock’s Auto Empty Dock which not only allows it to charge, but also to empty its dust bin, giving it up to six weeks of battery life. 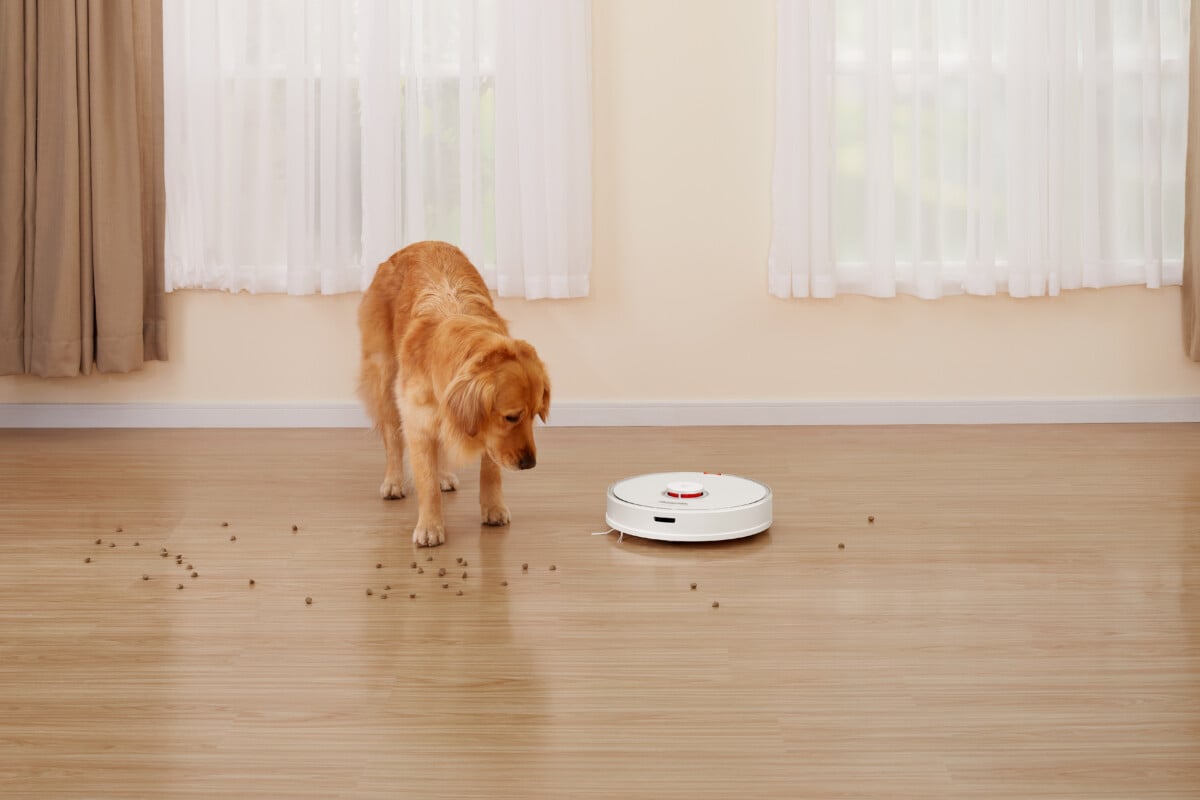 For Single Day, AliExpress invites you to discover the Roborock S7 and its docking station at a reduced price. By accumulating the discount code FR80and the current promotion, you can get it for 553.92 euros instead of around 800 euros, the price at which it is normally displayed.

The Single Day is also an opportunity to discover the little brother of the S7, the Roborock Q7 Max at a reduced price. This version, which does not have a docking station, largely resumes the functionalities of its model, with the exception of the vibrating mop which is here swapped for a traditional mop. Thanks to the discount code FR30you can get it for 280.01 euros instead of 540 euros normally.

Launched on March 11, the Realme GT 2 offers excellent value for money and combines design and performance, as highlighted by the test carried out by Aroged. This mid-range smartphone features one of the most powerful chips on the market, the Qualcomm Snapdragon 888, supported by 8 GB of RAM. It is also powered by a large 5000 mAh battery supporting 66 W fast charging and offering approximately 20 hours of video streaming.

For a mid-range model, the photo part is particularly neat with a 50-megapixel main sensor associated with an optical image stabilizer, an 8-megapixel ultra-wide angle and a 2-megapixel macro. The rest of the Realme GT 2 spec sheet is equally accomplished with a 6.62-inch FHD+ 120Hz OLED display boasting 1300 nits of brightness. It is natively installed under Android 12. As a bonus, the shell of this smartphone, whose touch is reminiscent of paper, benefits from a unique design. 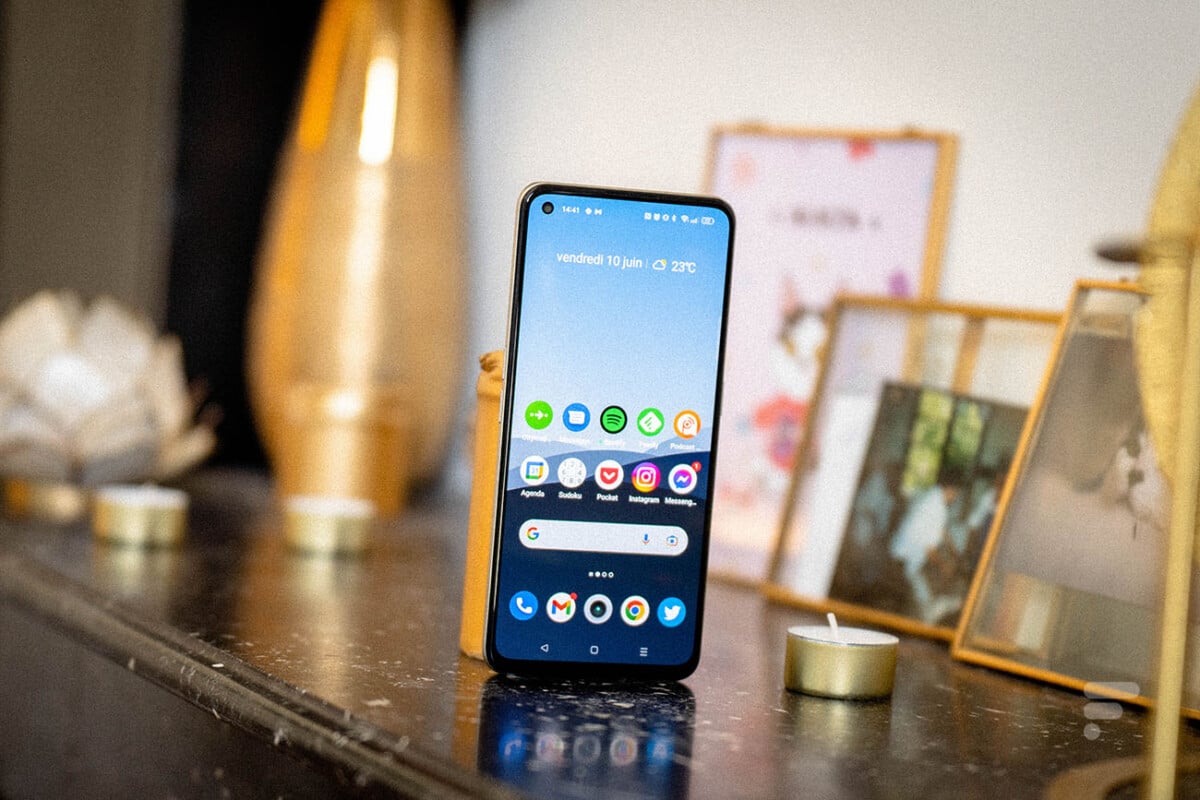 Available on release at a price of 549.99 euros, on the occasion of Single Day the Realme GT 2 sees its price drop to 325 euros on AliExpress with the promo code SDXFR9.

If you are looking for a simple, efficient and affordable electric scooter to accompany you on your daily trips, the Mi Mijia M365 deserves your attention. Created by Xiaomi, it benefits from all the care that the manufacturer puts into its products to offer a satisfactory experience, as we told you in our test at the time.

Its 500 W motor allows it to ensure a cruising speed of around 25 km/h, even if the steepest climbs will make it suffer a bit. Its 18,650 mAh battery gives it a range of around 20 km, which is perfect for commuting in town. Simple to use, it is also relatively light and can easily be transported folded. In short, it is a good product for a first experience of urban mobility. 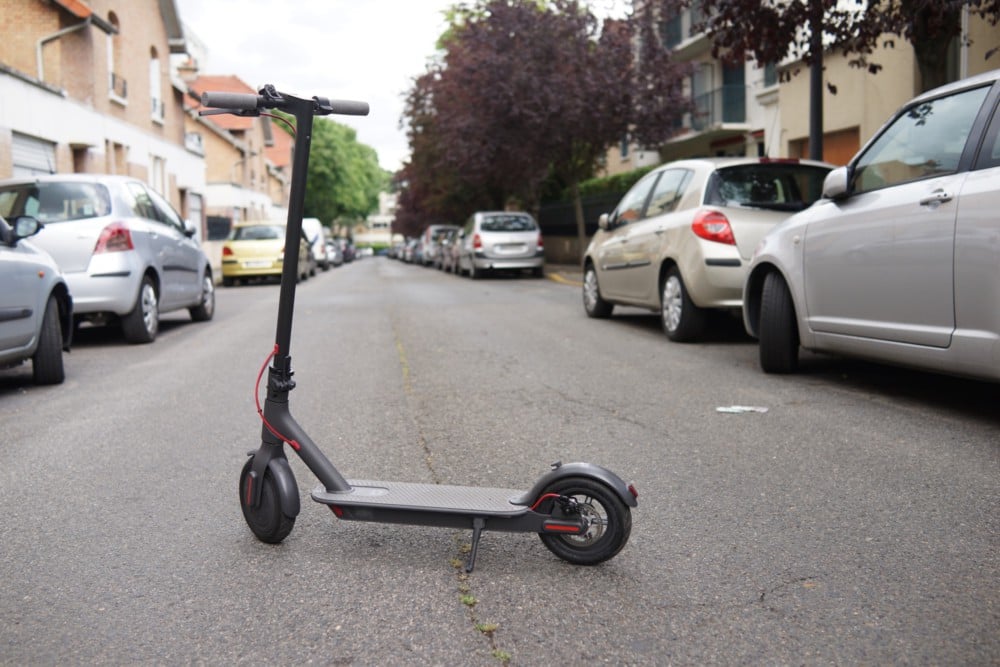 If Xiaomi is recognized for the quality of its photophones, the Chinese brand also offers a portable printer to immortalize its best memories. Compact, the Xiaomi Mi Pocket Photo Printer fits in a pocket and can print around twenty photos when its 500 mAh battery is fully charged.

Easy to use and practical, the Mi Pocket Photo Printer connects via Bluetooth to the smartphone and completely dispenses with ink cartridges. This feat is made possible by its ZINK technology heating the paper and thus revealing the color pigments. Thanks to the Mi Home application, it is also possible to make montages and collages to decorate your photos before printing them. 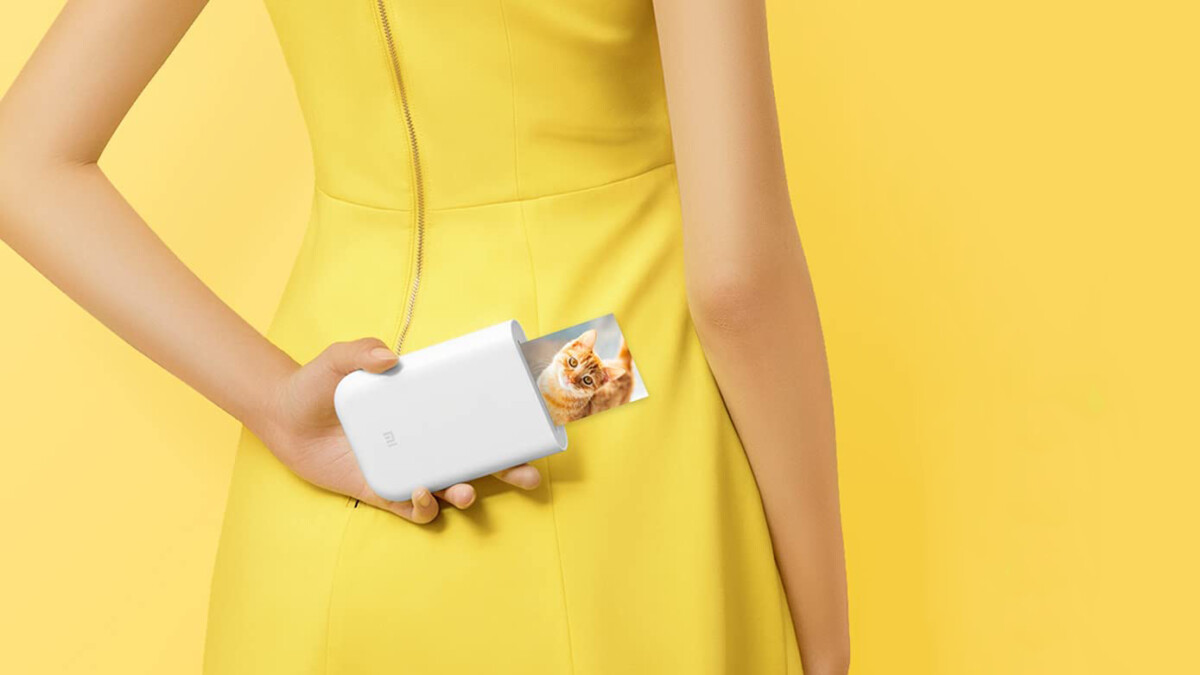 For Single Day, AliExpress lowers the price of the Xiaomi Mi Pocket Photo Printer from 124.98 euros to 45.99 euros with the promo code SDXFR43.

In the small world of 3D printers, Anycubic enjoys an excellent reputation. If it has a few filament printers in its catalog, it is really its resin printers that allow it to stand out. Released last year, the Photon Mono X 6K ranks among the best in its catalog thanks to a screen with 6K resolution (or 5760 by 3600 pixels).

Combined with a powerful Matrix light source, with its 40 LEDs (for approximately 44,395 lux), it makes it possible to obtain very detailed prints, with sharp and well-defined edges and hollows. Compatible with most resins available, it also offers a fairly impressive printing speed of 8 cm per hour. To spoil nothing, its large print volume (24.5 by 19.7 by 12.2 cm) allows you to give free rein to your creativity. 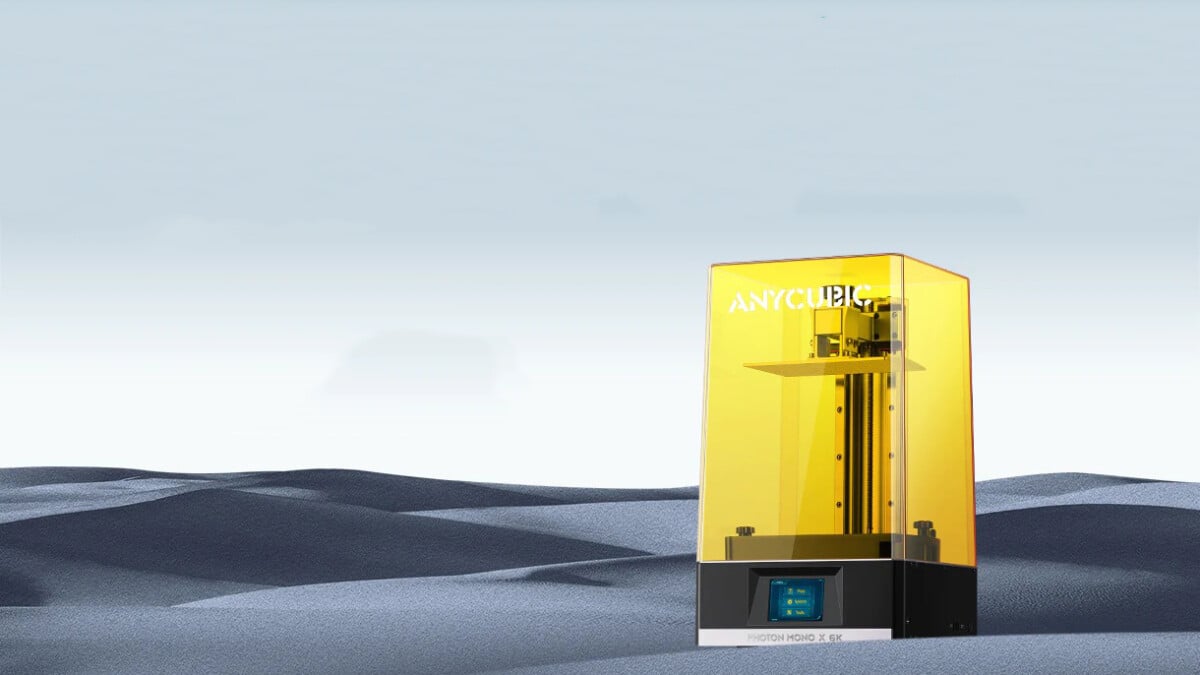 The Anycubic Photon Mono X 6K is available at a discounted price at AliExpress for Single Day. Thanks to the code FR80its price drops to 370.80 euros instead of 618.29 euros at the base.

Buy a graphics card: Several falling Geforce prices in the run-up to the launch of Radeon RX 7900 XT(X)

Just in time for Christmas, Amazon drops the price of Apple’s iPhone 14 Plus

FIFA after the rupture of relations with EA comes with trump cards: four blockchain games announced

Qualcomm has made an incredible breakthrough in 5G. Revolution?

God of War Ragnarok: let’s discover the new look of Kratos and Atreus in view of the Fimbulwinter