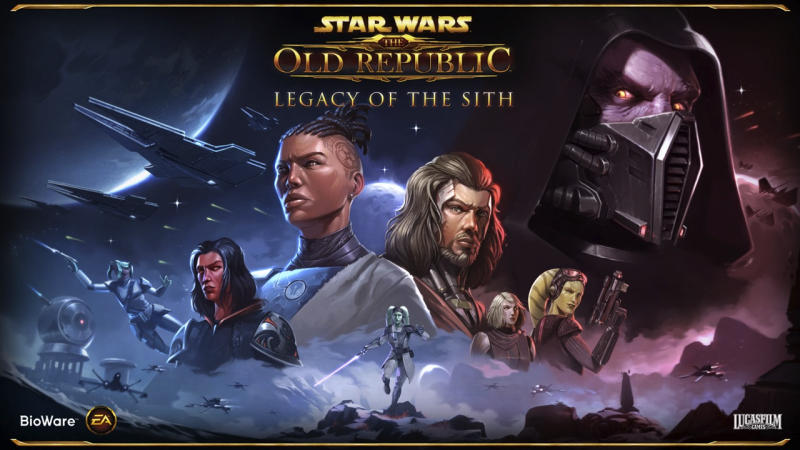 The new planet is called Ruhnuk, and everyone will have the opportunity to learn more about this planet and the relevance with the new Ruhnuk Showdown story content. This story will feature Heta Koi and her Mandalorian faction, the Hidden Chain.

Speaking of The Mandalorians, expect the following characters from previously released content to play roles in the update. They are Torian Kadera, the bounty hunter’s companion, Bask Sunn, Akaavi Spar, and Ri’kan Katin. Because Legacy of the Sith features Ri’Kan and his sister Sahar, her brother’s presence here provides additional continuity.

The planet will also get its own daily area with a new reputation track, Mandalorian Trat’ade, which will give you rewards and the chance to earn two Legacy titles in the Mando’a language. Some of these rewards will include a Wetlands Mudhorn mount, new plants, vehicle decorations, and more. For daily missions, you will be able to choose between different types of missions, including planetary achievements or a new weekly world boss. There are also new Mando Relic missions for buffs that you can use on Ruhnuk.

The team is also looking into some important PVP changes to increase participation and match quality. Essentially, they want PVP to have incentives to actually participate. PVP will have two queues, 4v4 or 8v8, and ranked and unranked modes will not be differentiated. There will be a new PVP reward scale to further incentivize players, and every PVP action you take will earn you PVP points. Subscribers will earn points faster, but there will no longer be a limit on the number of free matches. To support this, there is also a new 4v4 PVP map called Onderon Palatial Ruins.

7.2 will also include some quality of life updates and UI changes, including the much-requested colorblind mode, as well as a customizable utility panel and updated tooltips. Some new gear is also expected, as well as cosmetics for purchase, including armor inspired by The Book of Boba Fett.

Pep Guardiola: "I'm happy with both the result and the performance of the team"

Shakhtar and Dnipro-1 victories, Malinovsky made an assist for Atalanta

Valorant: According to the job posting, console implementation is still in progress