The Last of Us: Escape the Dark announced as a board game – Kickstarter campaign successful

Joel and Ellie are getting The Last of Us: Escape the Dark, a board game funded on Kickstarter next week. It should be even darker than the video games.

Update: Within 24 hours of launching the Kickstarter campaign, the goal was met. But the fundraiser continues. In the meantime, almost 5,000 supporters have pledged more than 450,000 euros. 22 more days stays Kickstarter Campaign active.

“Less than 24 hours into the campaign launch, we’re funded, the project is making waves, and the comments are awash with excellent, good-natured feedback,” reads the official announcement on the game’s Kickstarter campaign.

In addition, a video for the board game was released:

Message from November 2, 2022: Naughty Dog has announced another The Last of Us. This time, however, is not controlled with the controller. Instead, players can gather around a table and enjoy a tabletop game.

“We are excited to announce The Last of Us: Escape the Dark, a new board game set in The Last of Us universe and developed by our friends Themeborne,” Naughty Dog tweeted.

Themeborne previously provided the Escape the Dark Castle and Escape the Dark Sector games, as well as several expansions to the base games and successful crowdfunding campaigns.

For the new board game will be released on November 8, 2022 launched a Kickstarter campaign, in which interested players can participate with their money. Promising a “dark take on the critically acclaimed video game series,” The Last of Us appears to take an even darker twist on its already dark storyline.

The launch of the Kickstarter campaign is not only intended to give fans a deeper insight into the game, but also to offer the chance to get hold of an exclusive collector’s edition of the game.

“As fans of tabletop games may already know, Themeborne’s Escape the Dark series places a strong emphasis on cooperative and easy-to-understand gameplay. Themeborne games feature beautiful, black and white illustrated chapter cards that players must solve together to overcome challenges and find new paths, so no two games are ever the same,” says Naughty Dog on the company’s blog.

With Themeborne’s penchant for “bold art and accessible game design” that will also feed into the development of The Last of Us: Escape the Dark, Naughty Dog can’t wait to see how the creators transform the world of the series “in a brand new way”.

More The Last of Us news:

A first image showing the components of “The Last of Us: Escape the Dark” shows what the board game will look like: 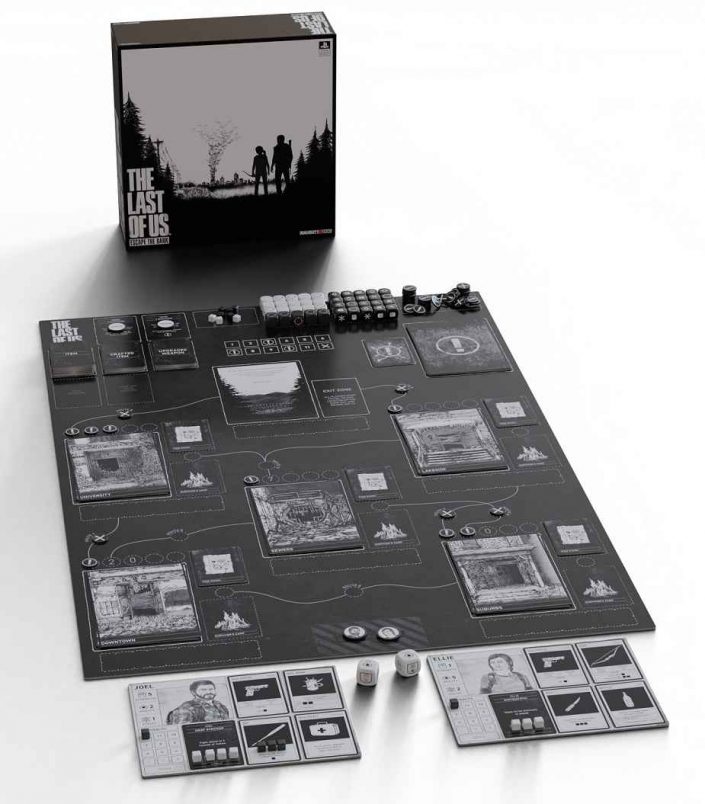 More news about The Last of Us: Escape the Dark.

Foxconn will not give up on expanding its presence in China

Charging can wait: 10 ways to extend the autonomy of your Android smartphone

The Knights of the Zodiac: first trailer of the new live action film of 2023