We Were Here Forever: Console version of the co-op adventure has a date

The spooky co-op game has a release date. Total Mayhem Games released a trailer for this today. 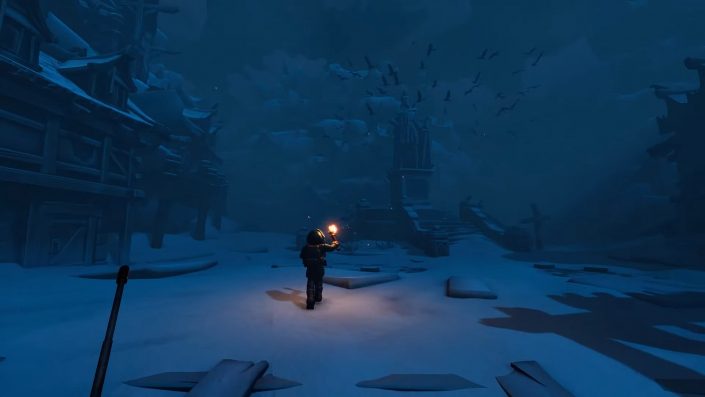 We Were Here Forever has been available for PC since May 10th. The console versions have now been given an appointment: the co-op adventure for PS5, Xbox Series X/S, PS4 and Xbox One will be released on January 31 next year. At 17.99 euros, the manufacturer charges a manageable amount.

Again it goes to Castle Rock, where you have to solve tricky puzzles together with a buddy. This is the only way you can escape the enchanted castle. You are equipped with a walkie-talkie so that you can always communicate with your mate.

Overall, the plot should keep you busy for twelve hours. Finally, a grand finale awaits you, as the developer promises.

Steam users were completely satisfied with the puzzler: almost 5900 out of 6500 reviews were positive. Again Metascore of 77 points, the press was also satisfied. We Were Here Forever also won Best Game Design at the Dutch Game Awards. And recently there was a nomination from the trade association TIGA for the best puzzle game.

More news about We Were Here Forever:

Because the crossplay function is supported, consoleros and PC gamers can team up. So it shouldn’t be a problem to find a co-op partner.

More news about We Were Here Forever.

New game announced from the creators of the Elden Ring – return of a classic!

Overclocking RAM on Ryzen 7000: AMD EXPO explained in the video