President Vladimir Zelensky announced that good news was coming from the south, the defenders of Ukraine liberated 41 settlements.

“Today there is good news from the south. The number of Ukrainian flags that are returning to their rightful place as part of the ongoing defense operation is already dozens. 41 settlements have been liberated.

In the liberated areas, the forces of the National Police follow immediately after the soldiers. Today the police entered Kalinovskoye, Bobrovy Kut, Evgenievka, Kotsiubynske and Snigirevka. Stabilization measures began there.

The movement of the Defense Forces forward is the life of our soldiers. Everything that is happening now has been achieved by months of hard struggle. Achieved and courage, and pain, and loss. It is not the enemy that is coming – it is the Ukrainians who are driving the occupiers at a great cost. As in the east of our country – in the Kharkiv region, as before in the north – Kyiv, Sumy, Chernihiv regions, and now – Mykolaiv, Kherson regions.

We must go all the way – on the battlefield and in diplomacy – so that all our land, along our internationally recognized border, have our flags – Ukrainian flags. And never again any enemy tricolors. This will.

Immediately after the de-occupation, the restoration of normal life begins with demining. But the occupiers are mining everything: power lines, buildings of enterprises, fields, forests.” 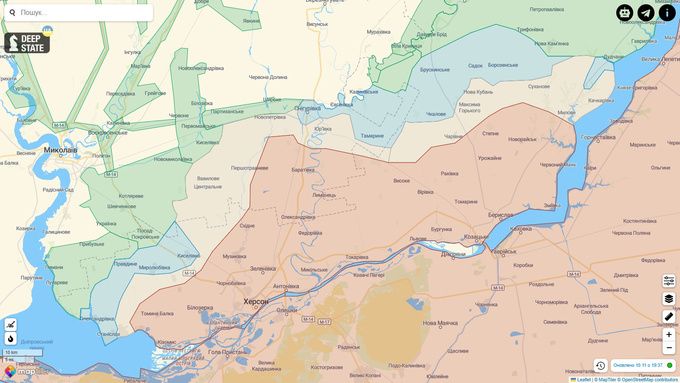 The first battle of the Nilotpal Lotus Cup in Genshin Impact: how to complete the quest

Genshin Impact 3.3: from the Vagabond to Italian, all the news of the next update

Casimiro has his account banned again on Twitch, but comes back 25 minutes later