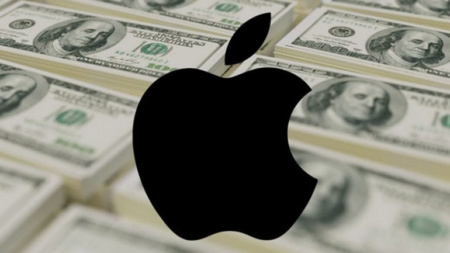 The market value of the world’s most valuable company increased by $190.9 billion, the largest increase in the history of companies listed in the United States. Softer-than-expected inflation data supported stock markets across the board. 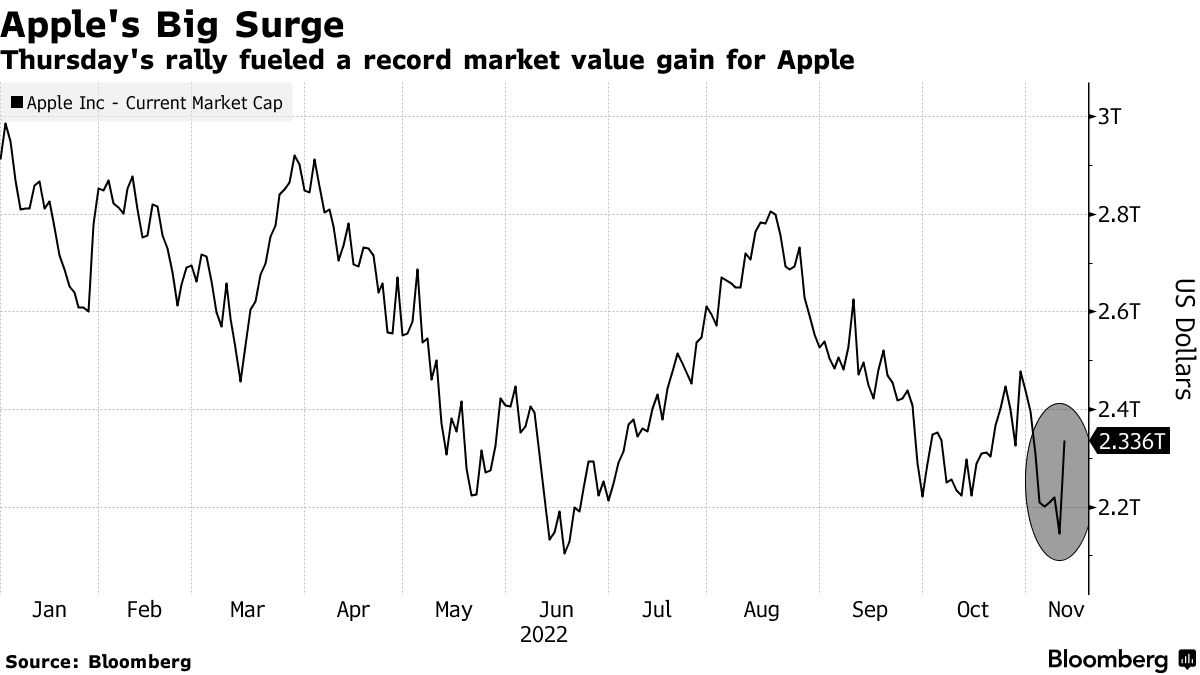 Apple, which had a market capitalization of $2.34 trillion after jumping 8.8% on Thursday, is now accounting for four of its five record daily gains.

The company’s shares are down 17% this year.

At the end of October, Apple reported fourth quarter earnings of $90.1 billion in revenue and $1.29 earnings per share (both above Wall Street analysts’ expectations) at a time when other tech giants are feeling not so good.

Nearly all of Apple’s businesses (including iPhone, Mac, services, and wearables) were up year-over-year, with the exception of iPad. However, despite year-on-year growth, fourth-quarter iPhone sales came in below forecasts.

There are speculations that the iPhone 14 and iPhone 14 Plus fall short of Apple’s expectations for the “regular” lineup, with most buyers opting for the 14 Pro and 14 Pro Max. The Pro phones have a faster processor, an upgraded camera system, and a new Dynamic Island interface. The quarter only included iPhone 14, 14 Pro, and 14 Pro Max sales within 8 days; the larger Plus version was not released until a few weeks later.

Atari 50: The Anniversary Celebration: excellent ratings from critics for this historic collection

NVIDIA still doesn’t know why RTX 4090 16-pin power connectors are melting, although there are a few unofficial theories