BAGATSKIS: “The national team played for those people who are fighting in Ukraine” 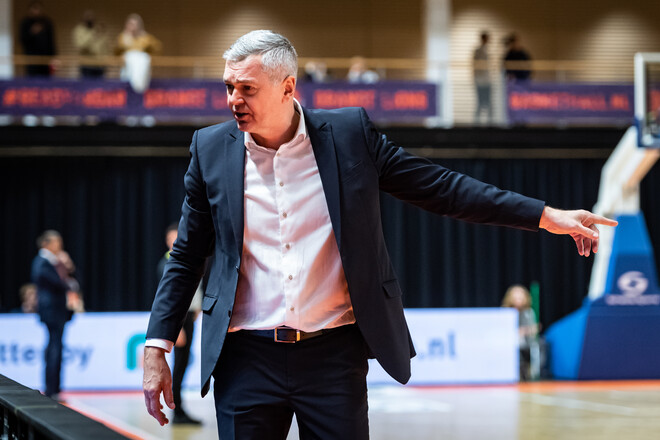 The Ukrainian national team won the second round of the 2023 FIBA ​​World Championship qualification, defeating the Netherlands team on the road (96:77). After the match, the mentor of the Ukrainians Aynars Bagatskis noted the atmosphere in the team, energy and aggression, thanks to which it was possible to successfully start the match and keep the advantage:

“As you know, if we compare the European Championship or previous qualifying matches for the 2023 World Cup, we have changed the composition, we had a lot of new players, some of whom were not included in the final EuroBasket application at the last moment.

During these four days of preparation, we did not talk so much about preparation, we built basketball based on what we played in defense or attack, so we played similar basketball that we played before. Much more important was the atmosphere in the team, energy, aggressiveness. This was probably the main reason for our good start to the game. It is important that in the first quarter we hit all open shots.

Of course, we are playing for the people who are now fighting for Ukraine and in Ukraine, who are fighting for the independence and freedom of the country. I hope we make our minimal contribution with our victories. I know that many people there look at our basketball team.

Usually more important today, today’s game. What will be in three days will be in three days. We lost to Iceland on the road. Then we had a lot of losses, not scored free throws. 50% of success in basketball is your decisions. And in this game we had terrible decisions. We will forget this game and focus on the second match. We will play in the familiar arena in Riga, which has become our second home.”

The Ukrainian national team defeated the Netherlands (96:77), winning the second match in qualifying for the World Cup. Ainars Bagatskis’ team will play the next game on November 14 in Riga against Iceland.

Xiaomi: goodbye to invasive advertisements on smartphones, thanks to the MIUI 14 operating system

A PHOTO. Yastremskaya announced a return to work

Dying Light 2 got a small update