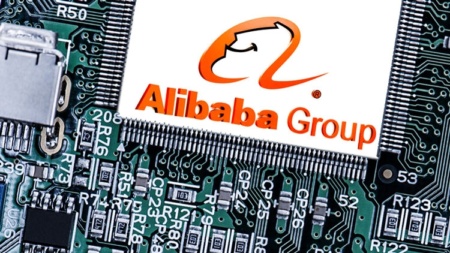 Chinese chip makers are trying to circumvent US sanctions by slowing down their most powerful chips. NVIDIA has introduced a less powerful replacement for its GPUs for export-controlled computing.

Chinese chip makers, including Alibaba and Biren, have invested millions of dollars to build powerful processors designed for China’s next generation of supercomputers, data centers and AI solutions.

In China itself, there is no capacity to create these advanced chips, so they are made by the Taiwanese company TSMC. The U.S. sanctions target third-country chip makers that use U.S.-made software or hardware, requiring them to apply for a license when exporting chips with a certain processing power—the license is denied if overly powerful chips are destined for China.

The new sanctions have forced Chinese chip makers to stop working on their latest developments and redesign the chips. The processing speed of Biren’s first processor, the BR100, was reduced from 640 GB/s to 576 GB/s by cutting off part of the chip in the hope that it would pass Washington’s restrictions. Alibaba wants to do the same with its processors.

NVIDIA is also considering export sanctions. Both it and AMD are now prohibited from selling their high-end AI-focused GPUs to China and Russia without a license. To get around the limitation, the company introduced the NVIDIA A800 GPU to customers in China, which is less powerful than the A100 chip. It has an internal connection speed of 400 GB/s, compared to 600 GB/s for the A100.

As U.S.-China tensions rise, Apple asks to avoid “Made in Taiwan” labels for shipments to China and boosts production in India, Samsung moves semiconductor production to Vietnam

Twitter: Elon Musk warns that bankruptcy is possible, two weeks after the acquisition

FIFA bans Denmark's 'Human Rights for All' from t-shirts

8 characters who wear glasses in movies and series

Lautaro MARTINEZ: “It’s amazing that these kinds of mistakes continue”