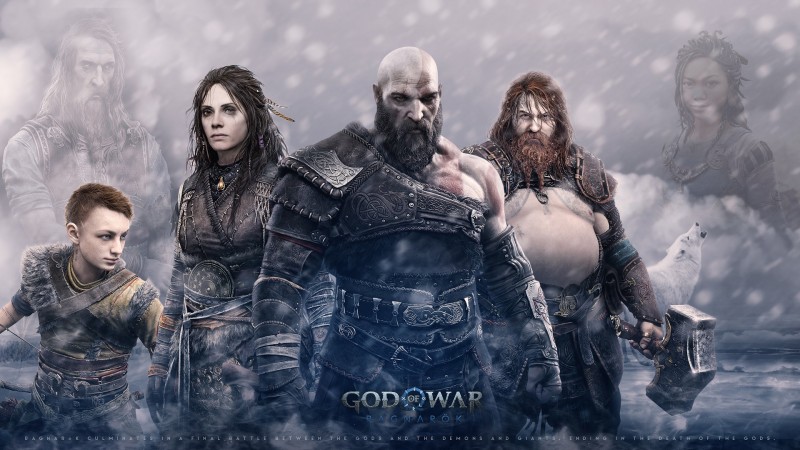 God of War Ragnarok offers several new additions to the saga, and one of them is not directly related to the game: The game has a new game designer. We are talking about Eric Williams, who gave an interview to GameInformer. During the dialogue, the game designer also revealed a little secret: during the development of the game, he discovered that he was suffering from aphantasy.

For those who do not know what we are talking about, aphantasy is a psychophysical state in which a person does not have the ability to consciously create images in front of the “mind’s eye”. This topic came up during a GameInformer question related to the scope of God of War Ragnarok.

Williams explains that he had an Excel game management system in which all the pieces of each game sequence are ordered, explaining them one by one and indicating how they are connected and how long they take the player. It’s a more “mathematical” approach, Williams explains, since he’s out of this world (his background is astronomy and mathematics), as opposed to Barlog (the game designer of the previous game), who, in Williams’s view, is more creative and a good writer.

Continuing, Williams claims that his method was innovative for the team. He then says that his method is based on the fact that he suffers from aphantasy: he cannot visualize something, so he compensates for this by creating many references and images for everything he has in mind. One artist even told him it wasn’t necessary, but Williams said it was.

I do this because I need to know that we are looking at the same thing. I didn’t even know aphantasy existed. I thought “I see it in my mind” is just a figure of the thing. And then I read about it in a Pixar book where former Pixar head Ed Catmull talks about it and I thought, “Wow, is this a real thing?” I have a directory of animated gifs for all animators, for all fights. It’s about 6000 gifs or something, because I have all those links. They liked it at first, but they said, “We don’t have to show it all. We know what a round kick looks like.” Some people started to get mad and say, “Dude, you’re killing all the fun of creativity because you just say ‘do it’, but then I discovered another technique for myself: I took out things that didn’t seem to fit together. , gave them a description, and they themselves figured out how to connect it all

Thus, it appears that Williams was able to use his own aphantasy to organize the work.

Anno 1800: Finally information about the rise of the New World - teaser & stream for the DLC

Toshiba is not yet ready to discuss its future fate

Xbox Series X | S: “we had to make concessions”, the boss of Xbox returns to the increase in the price of games