“Kherson is Ukraine!” – “Ukrposhta” prepared a new stamp for the de-occupation of the city – Aroged 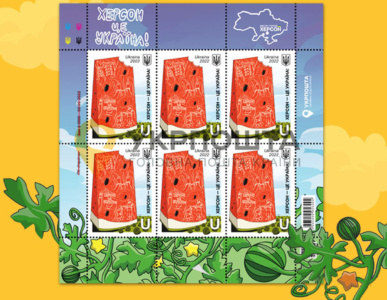 In connection with the flight of Russian invaders from the right bank of the Dnieper in the Kherson region, the Ukrposhta company promptly prepared a new stamp dedicated to the hero city. Symbolic stamp “Kherson is Ukraine!” will go on sale with a Day One envelope, an unmarked art envelope and a postcard.

“This is the first postage stamp dedicated to a hero city, after which other heroic cities will definitely appear. And although the liberation of Kherson has not yet been officially announced, according to the good old tradition that began with the ship, sometimes stamps are released a few days earlier than the event, because in Ukrposht they know for sure that our military is the best, and de-occupation is only a question time. This year we were not able to enjoy Kherson watermelons, but postal philately cannot leave Ukrainians without one of the symbols of the Kherson region, so pieces of watermelon with additional artistic plots can be seen on a new postage stamp,” commented Igor Smilyansky, General Director of Ukrposhta.

Circulation of the brand “Kherson – tse Ukraine!” is 150 thousand stamp sheets or 900 thousand postage stamps. The nominal value of the stamp is U, which corresponds to the cost of 12 UAH per stamp or 72 UAH per sheet of 6 stamps. Andrey Sagach became the author of the issue. 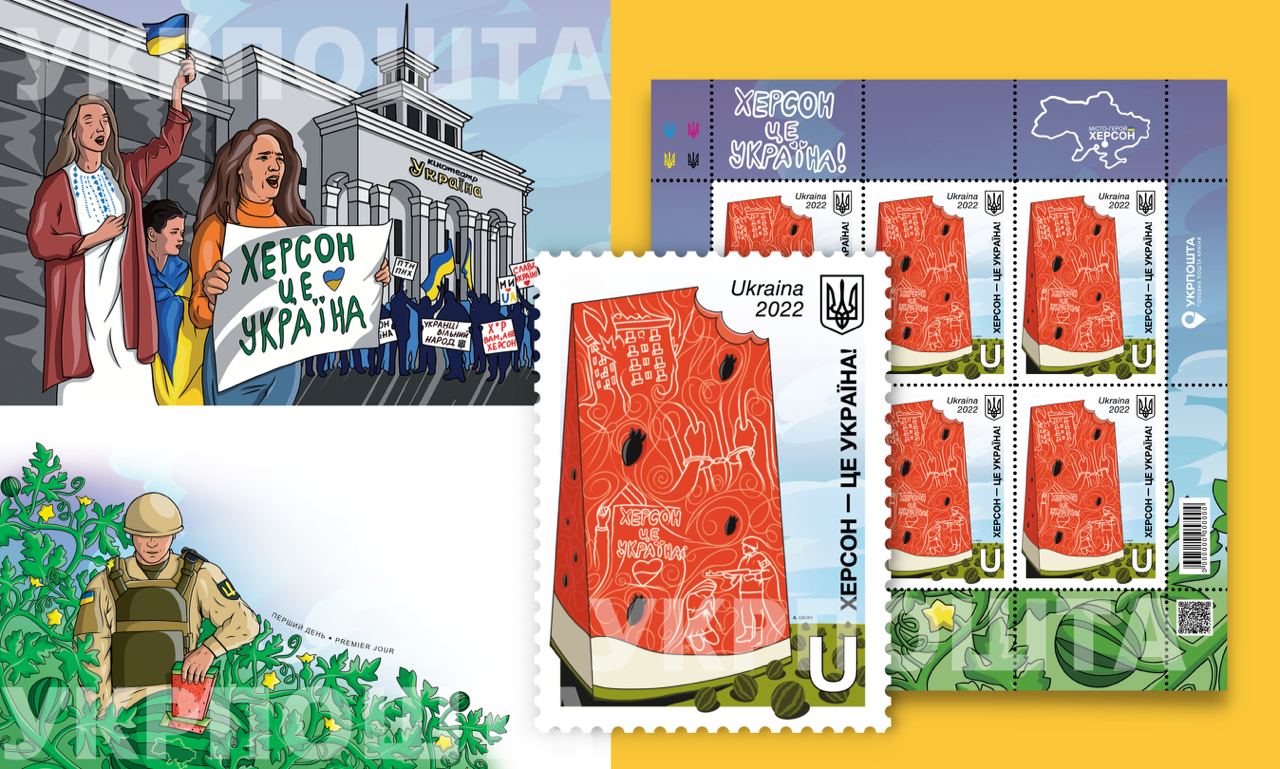 The central object on the postage stamp “Kherson – tse Ukraine!” a piece of watermelon is depicted – a symbol of Kherson and Kherson region. Watermelon seeds are presented in the form of rockets with which the Russian invaders fired at the Kherson region. On a slice of watermelon, the artist depicted scenes that accompanied the temporary occupation of the city: protests of civilians, burning buildings, torture that Russian soldiers committed against the local population and especially activists.

The stamp sheet shows a map of Ukraine with the designation of the hero city of Kherson liberated by the Armed Forces of Ukraine. In addition, the “First Day” envelope depicts a Ukrainian military man, who, by analogy with a slice of watermelon, returns the temporarily occupied part of Ukraine to its place. The unmarked artistic envelope illustrates the chronicle of the temporary annexation of the city – the protests of the inhabitants of Kherson against the occupying troops. 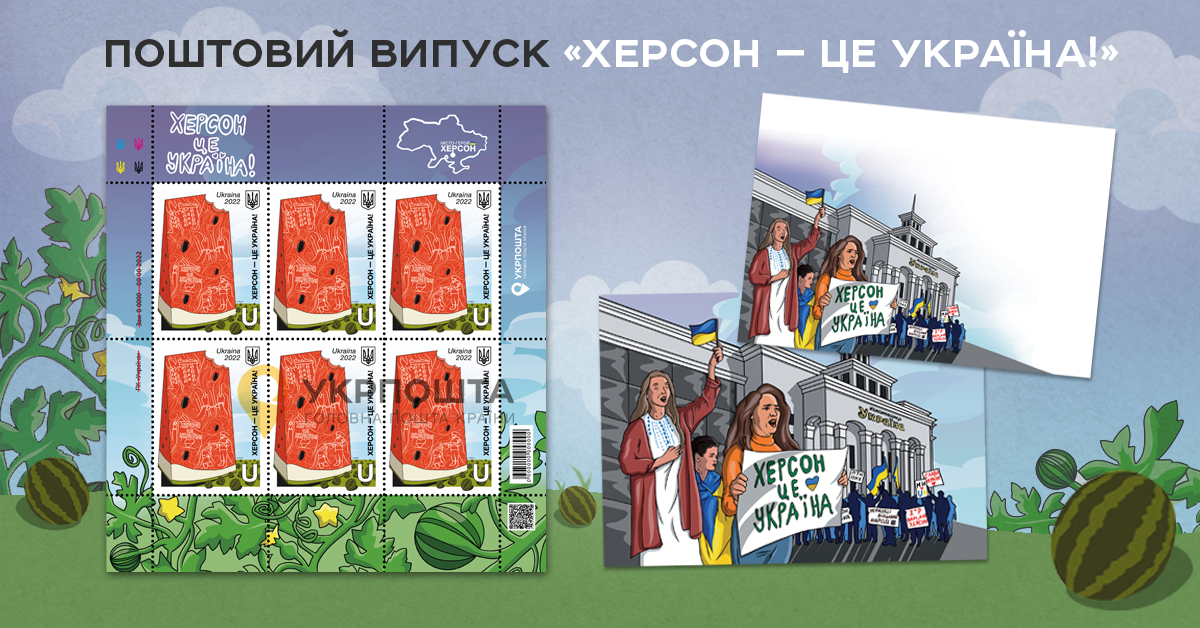 Detailed information on the release date of the brand and the terms of sale will be made public later. But the most impatient can already pre-order at the following address. The set includes: stamp sheet, envelope and postcard. Set “Kherson is Ukraine!” can only be ordered separately.

The Legend of Zelda: Tears of the Kingdom, preordine disponibile ora su Amazon

Avowed: For Jez Corden it will be ‘impressive’ and lets slip an image

Harrison Ford and villains in new footage from “Indiana Jones 5”