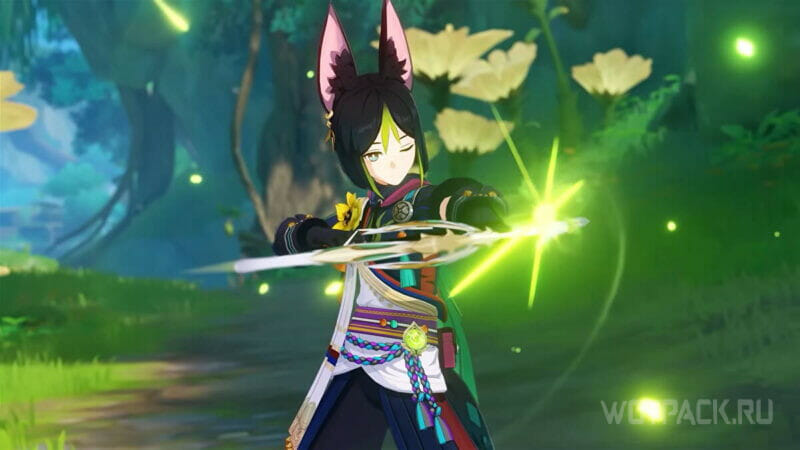 Tignari has been surprising since its release with its homing arrows mechanic: they automatically fly into the enemy’s weak spots, which makes the archer a fairly effective ranged fighter. However, the search for vulnerabilities was not limited to one.

It turned out that arrows can indicate the location of chests. On the one hand, the usefulness of this function looks doubtful. But often a multi-level surface, even with an interactive map, does not allow you to accurately determine the location of the treasures. In this regard, the skill can be very helpful.

This feature of the forest guard is explained quite simply: chests are considered objects, and like Yae Miko’s totems, arrows react to them provided that there are no enemies nearby.

If you want to use this life hack for finding chests, activate Tignari’s elemental skill and shoot the bow on the ground in the area where the treasure room is supposed to be.

This is unlikely to be fixed, since this is not a bug, but a pre-defined target selection algorithm. The developers have previously tried to change this mechanic by adjusting Yae’s skill, which only caused even more dissatisfaction.

So whoever has Tignari – take it to the squad and you can collect hidden chests in Genshin Impact.

Share in the comments whether Tignari knew about such a feature and what other curious mechanics you met. In a separate article, you can also find other life hacks on Genshin Impact. Follow interesting facts in a special section on our website.

New feature for the Google search: This is how you should now get through the energy crisis better

Elden Ring: 30 additional bosses in the next DLC? What we already know and what we guess

League of Legends, get ready for ARAM changes: how many news!

Harry Kane: “People think England will crush everyone, but it’s not”