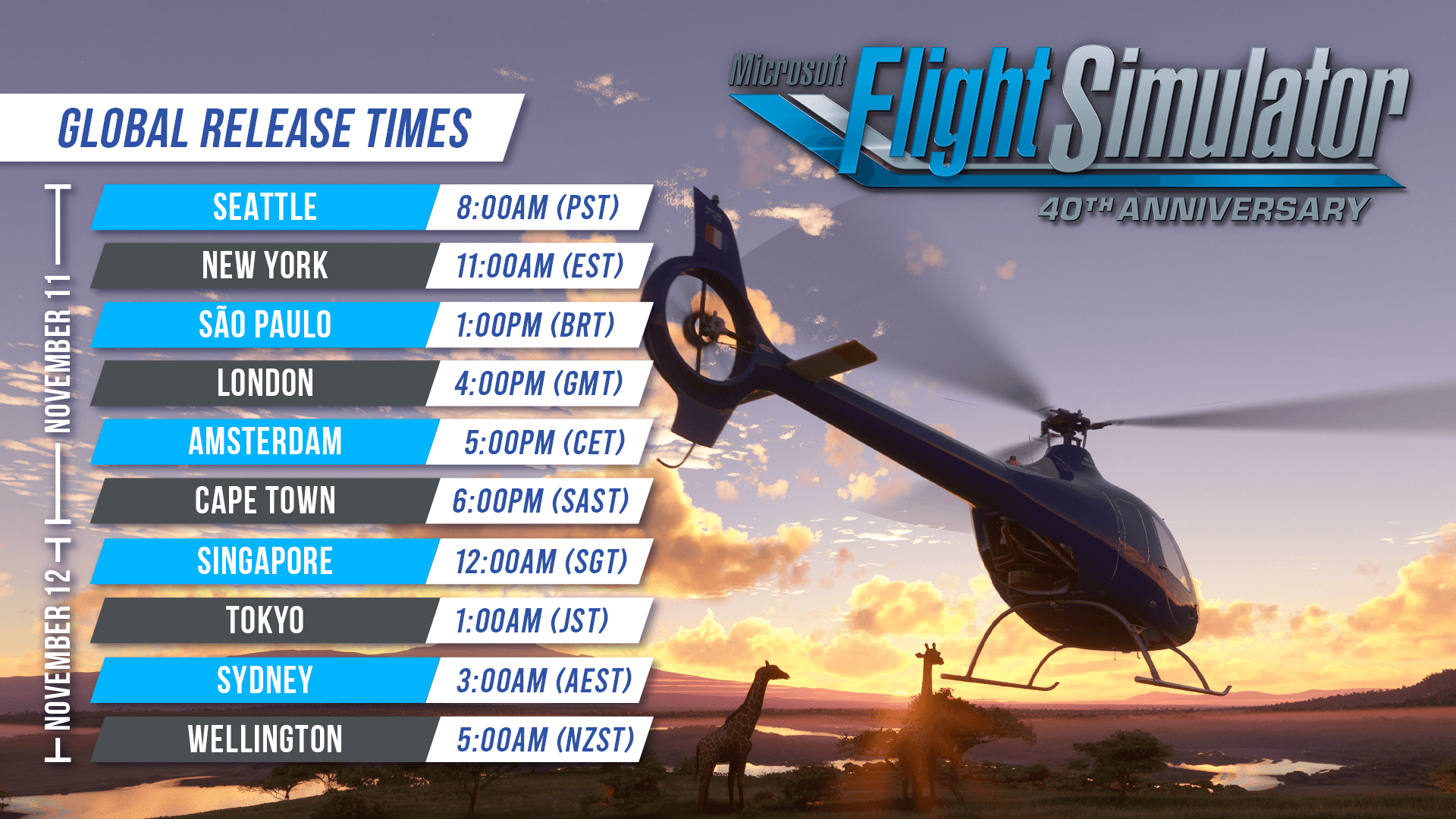 11/11/2022 at 10:45 a.m. by Thilo Bayer – The mega update for the Flight Simulator will be released today as part of the 40th anniversary of the series. Now it is also known when exactly the download will be available and how big it will be.

The celebrations surrounding the Flight Simulator experience a first highlight today. The biggest update since the release not only brings new features, but also technical improvements.

When will the update appear?

As Microsoft now clarifies, the “40th Anniversary Edition Update” will be ready to go in our realms around 5 p.m. And the update won’t be small. Microsoft confirms that the version called “Premium Deluxe” as an update is a good 22 GB in size. A good 40 GB of free space is required for the download. There are no exact release notes for the patch yet. Microsoft wants to provide these around the release, just like the list of known issues that have yet to be fixed. Those who participated in the Sim Update 11 beta test will be migrated to the new game build around 6 p.m.

Developer Asobo and publisher Microsoft write about today’s anniversary update: “Today we will release the free “40th Anniversary Edition Update” for Microsoft Flight Simulator (buy now €69.99). This is the biggest update for MSFS since its Initially releasing in 2020, it has been a huge labor of love and a source of pride for the development team.Thank you to our millions of loyal fans and sim pilots, from those who have been with us since the early days of MSFS 1.0 in 1982, through to to those who took their first simulated flight with the latest version in 2020 for being part of this journey with us. Heaven is calling!”

The 40th Anniversary Edition features helicopters and gliders, among others. Another novelty includes the Airbus A-310, which “should work exactly like its real-world counterpart down to the last button”. Seven historic aircraft make their way into the game with the Anniversary Update, including the Wright Flyer, the Curtiss JN-4 Jenny, the Ryan NYP Spirit of St. Louis, the Douglas DC-3, the Grumman G-21 Goose, the Havilland DHC-2 Beaver and the Hughes H-4 Hercules. It also adds four classic airports – including Chicago’s Meigs Field. There are also ten glider airfields, a total of twelve new aircraft, 14 heliports and “20 iconic missions from the brand’s past”.

Tech fans can look forward to Sim Update 11 with performance improvements including several memory leak fixes and cursor improvements in the world map. With Sim Update 11, AMD Radeon fans will get the FSR 2 option that was announced in early summer for the first time. For Geforce users, the rollout of DLSS 3 with frame generation (for RTX 40) and Reflex for RTX graphics cards is important.

Aroged: Owners of the base Saints Row IV will receive a free upgrade to the Re-Elected version

Call of Duty Warzone 2.0: the battle royale will weigh VERY heavy, get ready

Samsung's cheap 5G smartphone is even cheaper for Single Day