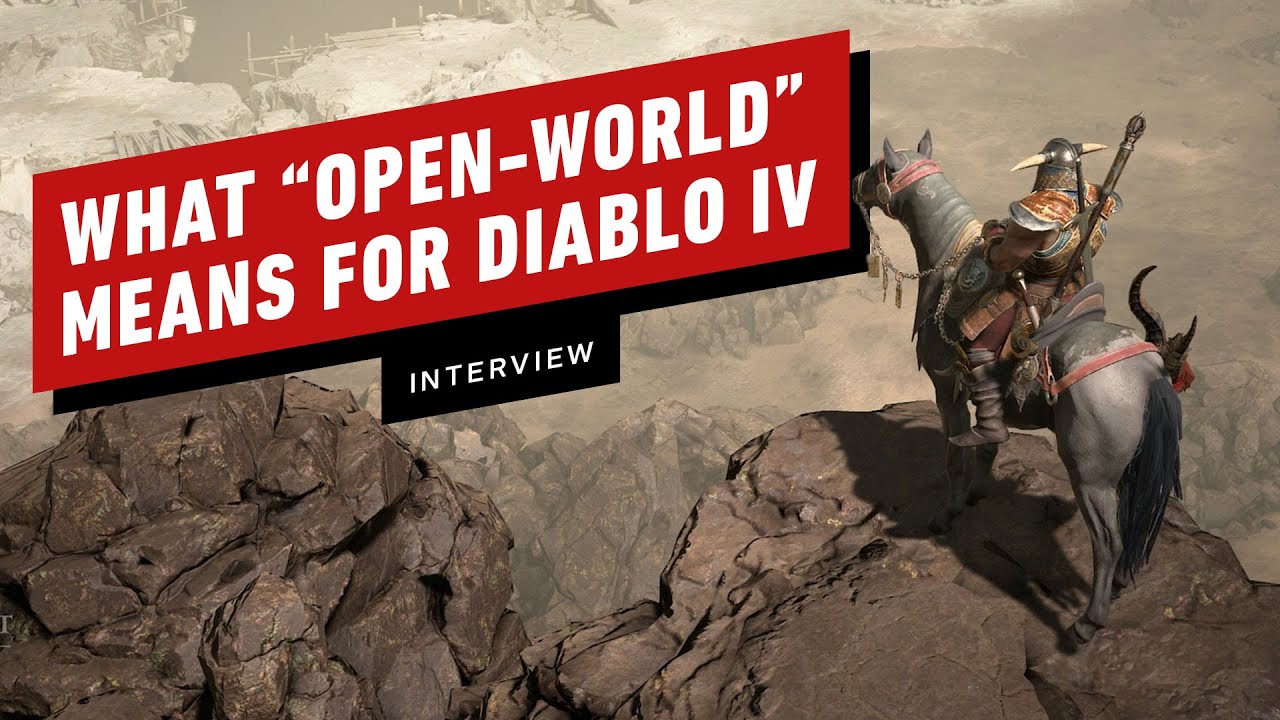 The open world of Diablo 4 offers a branching storyline that allows players to play through the main parts in any order, and even allows you to completely abandon the main task and take on side quests. Director Joe Shelley and Diablo General Manager Rod Ferguson talk about how Diablo 4 implements the open-world game design and fame system.

One of the problems with “open world” being displayed on a big neon sign and flashing is that it gives people the idea that Breath of the Wild is completely organic and I can go anywhere and do whatever. It’s not really our story. Our story is non-linear, but the story is there – we wanted the game to have a beginning, a middle and an end.

He explains that after completing the prologue, players will have the option to choose the order in which they play each act.

You don’t have to continue the story for a while, that’s the advantage of the open world – there are a lot of side quests, a lot of things you can do that are not part of the golden path.

However, he emphasizes that “every inch [мира] built for combat… Anywhere in the open world, you can stop, a monster can attack you, and you can fight it.”

Sheli responds with a laugh, adding:

In fact, at some point it turned out to be too dense, so we cut it down a bit. We wanted there to be exciting and interesting activities all over the world.

He explains that “we actually had so much to go through on the mount that it was not easy”, so the team made sure that the roads allowed players to quickly get to the right places, but at the same time “there was an opportunity to go astray and see interesting things.

Diablo 4’s “renown” system also plays a role in this. Fergusson explains that as players explore more and more of the zone, they can find hidden caches, complete side quests, and destroy fortresses, all of which provide bonuses. As an example of these benefits, he says that players can earn skill points for future character development, allowing alternate characters to start the game with a few skill points already available.

Cyber ​​Monday: Less than €500 for the Samsung Galaxy S22 5G, it’s possible thanks to Black Friday

There are still chances. Tournament table of selection for the 2023 Basketball World Cup

Details of the upcoming update 6.3 for Final Fantasy XIV

From the Turing Machine and the Fastest Official Pentium 4 (PCGH-Retro, November 12)