11/11/2022 at 2:00 p.m. by Tanja Barth – Only a few weeks left until the start of WoW: Dragonflight! Blizzard invites World of Warcraft fans to the stream event on November 15, 2022 on Twitch, YouTube and the official website.

The Dragon Isles are calling, and with the return of the Dragon Aspects, the mystical people of the Dracthyr are awakening from their long slumber. Next week starting November 16, 2022, the second phase of the pre-launch event will begin, during which Blizzard will gradually release the game content of WoW: Dragonflight. After the talents, the very hot features of the new WoW expansion now come into play. These include the callers of the Dracthyr and their mysterious home – the Forbidden Island.

While the first players are allowed to explore the new starting area off the coast of the Dragon Islands with their Drachtyr, all hell breaks loose in Azeroth. Out of nowhere, primalists are appearing across Azeroth, unleashing the primal powers of the elements. With their appearance, the pre-event for WoW: Dragonflight officially starts.

New cinematic trailer for the launch of Dragonflight

Coinciding with the start of the second phase of the pre-event for WoW: Dragonflight, Blizzard invites World of Warcraft fans (buy now) to the pre-launch stream on Twitch, YouTube and the official WoW website. The stream events will start on November 15, 2022 at 18:00 CET. Viewers can look forward to Holly Longdale, WoW Executive Producer, and other Dragonflight developers. The official Blizzard post states:

Tune in at 9:00 a.m. PST on the Warcraft Twitch channel, Warcraft YouTube channel, or join us here on the official site for a pre-launch stream with World of Warcraft Executive Producer Holly Longdale and Dragonflight developers to ring in the second phase of the pre-expansion patch.

Take flight with the debut of the official Dragonflight launch cinematic with Lead Cinematic Narrative Designer Terran Gregory and Cinematic Director Anna Morgan as they take you through an exhilarating experience of wind-swept action that soars in a high-definition adventure over the Dragon Isles. 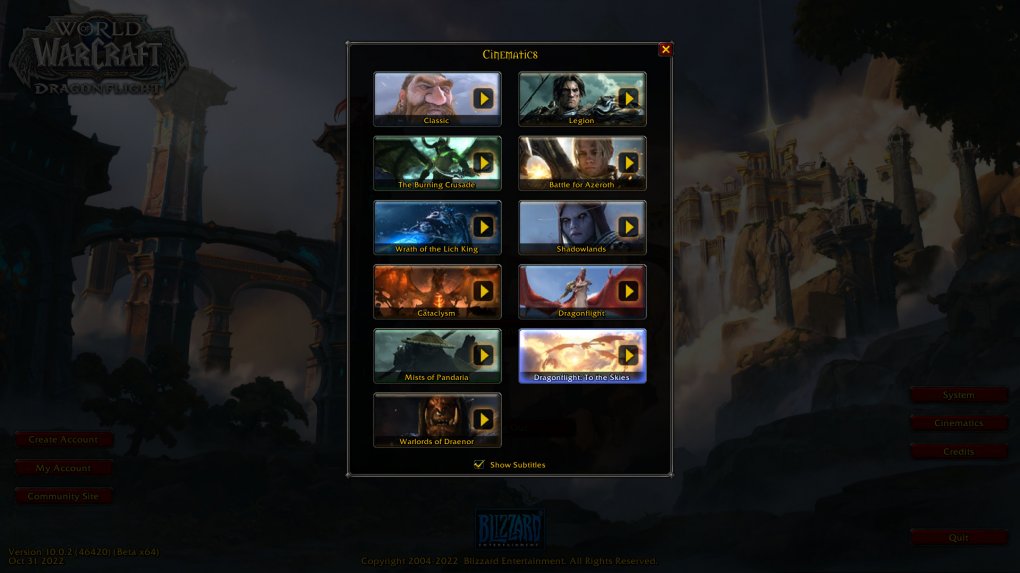 WoW Dragonflight: Pre-Launch Stream on November 15th with new cinematic video (2) Source: Icy Veins Blizzard also unveiled the launch cinematic trailer of WoW: Dragonflight in the stream. This video has already been discovered by fans of their own weeks in the game. In the new video, titled “Dragonflight: To the Skies,” developers Terran Gregory, Lead Cinematic Narrative Designer, and Anna Morgan, Cinematic Director, take us on an exciting adventure in the skies above the Dragon Isles.

WoW: After buffs and nerfs – final Mythic Plus dungeon tests this weekend

After the many buffs and nerfs for the Mythic Plus dungeons of WoW: Dragonflight, the final tests are due this weekend.

WoW community wins, the silver dragon for rares is coming back!

The Elite Rare Silver Dragon returns with Phase 2 of the WoW: Dragonflight Pre-Patch – victory for the community!

In the preview we see the image of Alexstrasza in her dragon form. She will probably appear again as a narrator in the video. However, the name could also be an indication that the trailer will focus on the new dragon riding feature. We are definitely excited!

Control 2: the game finally confirmed with a first image! What there is to know