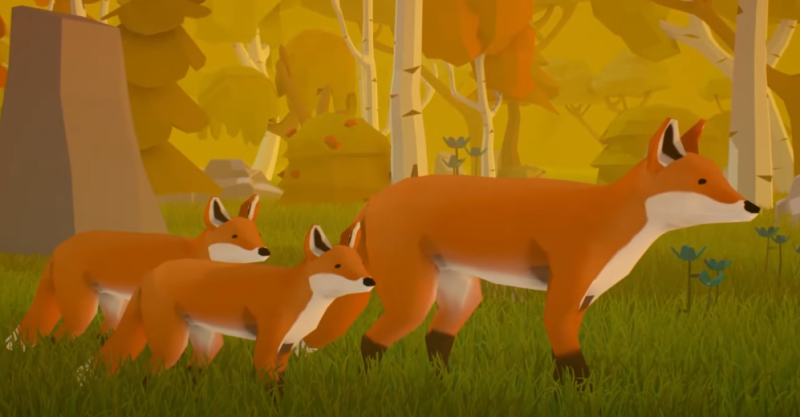 Earlier this week, Anything World unveiled its machine learning animation software to the public, with a free tier for educational and personal use. The company also announced that Unreal Engine support will arrive in December – it currently offers integration with Unity – and it just raised $7.5 million in new funding.

One obvious use for algorithmic animation on the fly is to simply put it in the hands of players, allowing them to take 3D models from a huge library – the company uses sources like Google Sketchfab for free models – put them in the world and see them animate naturally . (Or at least as naturally as the system can make it. The first time they gave her a pineapple, the program turned it upside down and made it jump through the leaves like a spider. It has improved since then.)

Anything World is also offered as a professional game development tool. Ubisoft is already using it for prototyping, and Anything World CEO Gordon Midwood says it’s also useful for quickly fitting 3D models (determining their bones and joints) and creating animations that can later be tweaked manually.

Vehicles and bipeds can be modeled and animated in the just-released version of Anything World, but Midwood says the company will soon start adding new categories: humans and other bipeds, swimmers, insects, and so on. Another existing tool that automates the creation of human characters is Mixamo, and Midwood wants Anything World to compete in this area by the middle of next year. Also next year, he said, the company will introduce an upload tool that will allow users to run their own 3D models through an automated rigging and animation algorithm, not just those in the Anything World database.

Another reason Midwood thinks Anything World will be well received as a game development middleware is that model building isn’t the average 3D animator’s favorite part of the job – it’s the most boring part of the job. As for the “Metaverse” controversy, Midwood says the company “sees the potential for web3 in games” but has no plans to start minting NFTs itself.

We don’t do speculation, NFT creation, trading, pay to play or anything like that, but we don’t make any distinction, so if you want to do those things with [нашего программного обеспечения]you can do it.

Disney +: surprise, the project between LucasFilm and studio Ghibli is already there

Vacuum cleaners, televisions: how Xiaomi turns your home into a connected home