Call of Duty: the European Commission wants to keep coming out on PlayStation too. Microsoft Activision Agreement Under Review 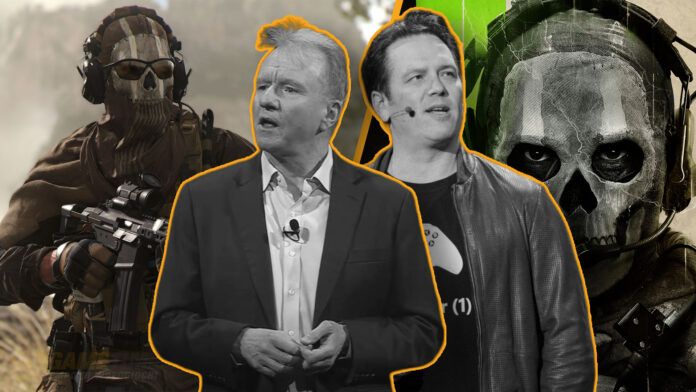 The European Union seems intent on keeping Call of Duty on PlayStation even after the completion of Microsoft’s acquisition of Activision. This is confirmed by the official Twitter profile of EU Competition, a body that manages the competition between companies in order to guarantee the best benefits for consumers. The Commission itself had already accepted, in the past, Sony’s doubts about this operation.

“The transaction could significantly reduce market competition for console and PC game distribution, including multiple games and subscription services and / or cloud gaming services. In particular, the Commission is concerned that, by acquiring Activision Blizzard, Microsoft may foreclose access to Activision Blizzard video games, in particular Triple A video games such as Call of Duty ”, states the European Commission.

“The European Commission is open to in-depth investigations concerning the acquisition of Activision Blizzard by Microsoft ”, reads the Tweet also reported by Ricardo Cardoso, Deputy Head of Unit Interinstitutional & Outreach Views of the European Commission. “The commission is working to ensure that you can play Call of Duty on other consoles (including my PlayStaton,” says Ricardo Cardoso.

The Tweet, however, did not find who knows how much appreciation from the players. Many complain in fact the tone used by Ricardo Cardoso, considered informal and perhaps too biased, as Cardoso specifies that he is a PlayStation gamer. The Tweet also features a hint of self-irony, with Cardoso himself inviting the official page to use more modern photos.

The Commission is working to ensure that you will still be able to play Call of Duty on other consoles (including my Playstation). Also on our to do list: update stock pictures. These gamers have wired controllers whereas Xbox and Playstation have wireless ones since about 2006! https://t.co/Gfvsi3rKXD

Call of Duty Warzone 2.0, Infinity Ward confirms: the DMZ mode will be 'only' in Beta

Second trophy of the season. Ukrainian tennis player won the tournament in Slovakia

New chipsets for low-end Chromebooks from MediaTek, with up to 100% better CPU performance

VIDEO. Fury and Chisora ​​Trilogy. Boxers had a duel of views

Xbox Live turns 20: the Microsoft service has made the history of console gaming