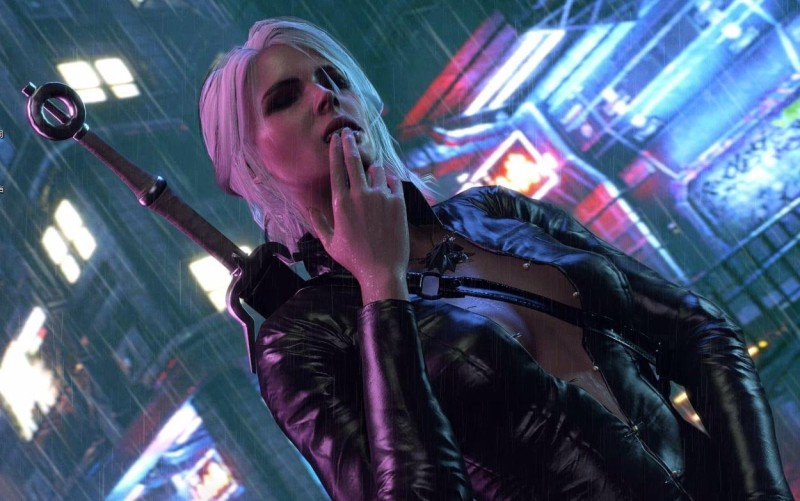 During the Italian festival Lucca Comics & Games 2022, Screenweek.it interviewed Pavel Sasko, CD Projekt Red quest director, and Miles Tost, Cyberpunk 2077 level designer. Company representatives answered a number of questions, such as how long Cyberpunk 2077 will be supported , will there be a 3rd person view in the game, will Ciri appear in the world of Cyberpunk 2077 and why the sequel was announced so early.

In response to a question about how long Cyberpunk 2077 will be supported, Pavel Sasko replied that the game will definitely be supported until the release of the Phantom Liberty add-on, and what will happen after that is still unknown. 3rd person view will not officially appear in the game, because “‘it does not correspond to how the developers see the game.” Project Orion – the sequel to Cyberpunk 2077 – was announced so early in order to recruit a team and attract new developers. Regarding Ciri’s appearance in the world of Cyberpunk 2077, Pavel Sasko replied “never say never”.

Ciri’s words in The Witcher 3 have given rise to a lot of speculation about her possible appearance in the Cyberpunk saga, thanks to the girl’s ability to travel through the multiverse. Will this fan dream ever come true?

I don’t think we will ever be able to answer this question. We always joke that technically Ciri is already in the game. There is a drawer where you can open a drawer and inside there is a magazine with Ciri on the cover.
Pavel Sasko: In addition, it is important for us not to mix different franchises with each other without a specific goal. I know the multiverse is heavily promoted in the DC and MCU franchises, but we take proper care of our IPs and don’t mix them together unless it’s necessary. However, never say never: I remember how we implemented this Ciri dialogue in The Witcher 3, and naturally it was no coincidence. We said to ourselves, “Let’s hint a little, but not too much.” We did it on purpose.

God of War Ragnarok: Leviathan Hilts - Where to Find All Ax Upgrades

God of War Ragnarok: which and how many are the bosses of the blockbuster PS4 and PS5?

Blizzard decided not to disable the “broken” Tracer in Overwatch 2

Avatar 3 could ultimately be the last, fears James Cameron