Destiny 2: That’s why there are currently no more secret missions in the game

There have been no secret missions in Destiny 2 for a while. As David Aldridge, Bungie’s head of engineering, recently revealed on Reddit, it’s just too expensive to hide missions from dataminers.

Last week, Bungie hosted a community event in Destiny 2 centered around the notoriously chaotic weapon Telesto. While some players hoped that the event would hide a new quest or secret mission, the developers only ended the event with a new emblem that can be unlocked via the Bungie homepage (9LX-7YC-6TX).

As David Aldridge, Head of Engineering at Bungie, revealed a few days ago in an AMA on Reddit, too many resources would be spent on missions like “Whisper of the Worm” or “Zero Hour”. Because many things related to the quest would first have to be hidden from the data miners.

Resources should be used for “cooler” things

A user asked the AMA how difficult it is to encrypt secrets and secret missions in Destiny 2 to prevent data mining and if this is something the developers are working on. Aldridge replied that encrypting anything related to a classified mission is “just plain expensive”.

In his contribution, Aldridge explained the various connections, all of which needed to be cloaked. So the quest and the respective location would have to be hidden. But then there are also rewards and an associated flavor text. Audio components that are managed in a separate pipeline for localization follow, as well as quests that require repeated mission completion. Eventually, the validation systems would go haywire because the devs drilled holes in the content sets with the various encryptions. 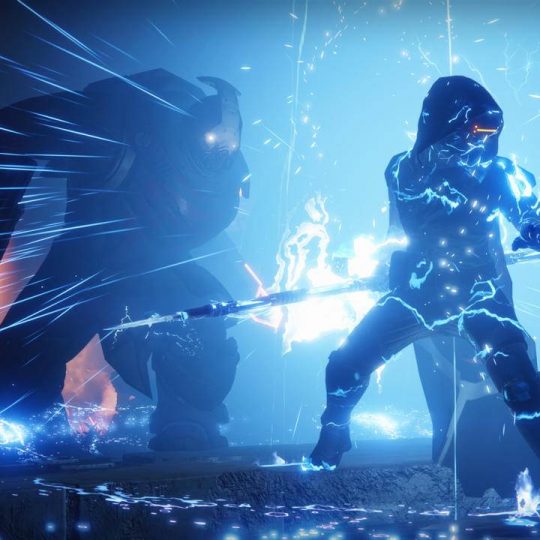 “As with most things, it’s all solvable, it’s just expensive. And so far we’ve found it makes more sense to spend more money on other cool experiences instead.” “All of this would have been a lot cheaper if we had thought of it at the system design stage and forced more modularity around things that we might want to keep secret in the future. But we had many other priorities in mind at the time and didn’t anticipate the future value of mystery and surprise.”

After his statement caused consternation in the community, Aldrige left a small glimmer of hope. While it’s still too expensive in terms of time and resources, “that could change in the future and I haven’t seen the presence or absence of encryption factor into the decision of whether we do covert missions. Finally, there are other surprises, such as narrative twists, and leaks don’t let us shy away from them.”

He offers in the supermarket the dream legs of Mark Zuckerberg, boss of Facebook