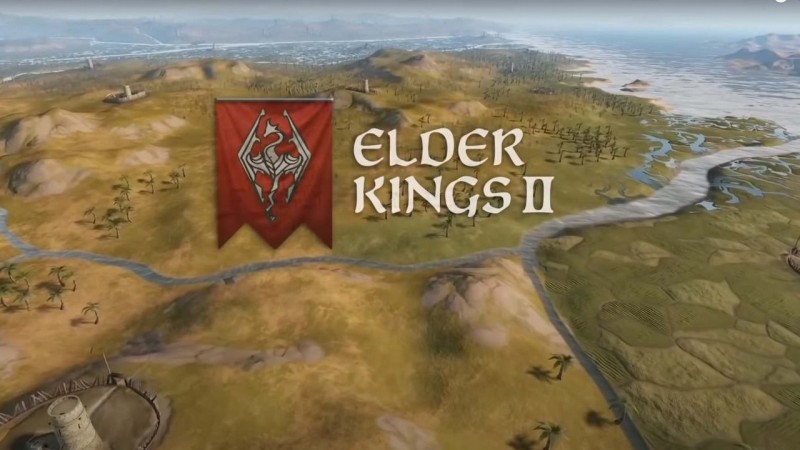 The modding team behind the Elder Kings 2 mod has announced its release on PC on the Steam Workshop.

Elder Kings 2 is a total conversion mod that aims to bring the epic strategy RPG Crusader Kings 3 to the Elder Scrolls universe created by Bethesda Softworks. Set during the chaotic Interregnum of the Second Era, roughly a thousand years before the events of Elder Scrolls V: Skyrim, Elder Kings 2 allows players to take an active role in a four-hundred-year-old struggle that has involved local warlords, petty kings, and spiritual leaders fighting for the remnants of the Empire. .

The mod contains a very detailed, brand new world map covering the territories of Tamriel and Yokuda, based on both official lore maps and additional cartographic sources, as well as established and popular fan interpretations. Likewise, all of Tamriel’s major and many minor races are fully 3D-realized and playable, including custom clothing and map objects for many of the races to provide a higher level of immersion into Tamriel’s styles and aesthetics. It is also possible for humans, elves, and orcs to conceive mixed offspring, creating dynamic hybrids that match the lore.

Mechanically, Elder Kings 2 tweaks some vanilla systems and expands on some mechanics to do justice to a fantasy setting like The Elder Scrolls, such as adding a system of birth regions for cultures, or pantheons and patron deities for religion. You’ll also be able to discover and master some brand new mechanics, such as a magic system based on schools of magic, vampirism, a playable Mane with customizable succession based on incarnations, and much more.

The trailer of the film “Ant-Man and the Wasp: Quantum Mania” appeared on the network

Pokémon Scarlet and Violet at 60fps: a video shows the incredible mod in action