In the meantime, Final Fantasy XIV has reached a new high and recorded more players than ever before in the last few months. With the update to version 6.3, this should now have new content at hand. 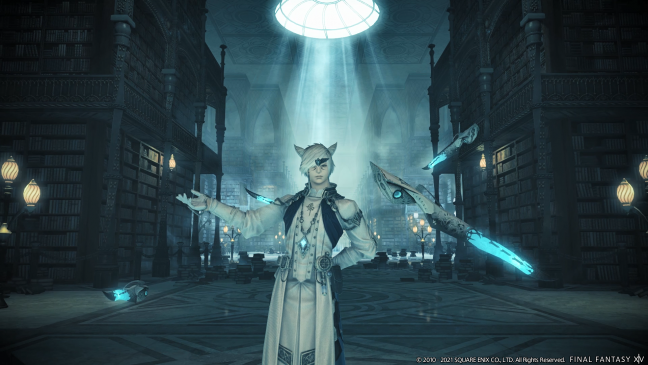 The 74th edition of Square Enix’s Letter from the Producer LIVE video format has now been broadcast – and this time it’s all about the major content patch 6.3 called Gods Revel, Lands Tremble for Final Fantasy XIV Online. You will get a lot of new content at hand.

The release of the update is planned for early January 2023. Then there is a whole range of new activities that you can devote yourself to. At the same time, the developers are making changes to the balance between jobs and additions to private housing and more.

This will be followed by update 6.35, which will then contain additions to the island paradise, a new series of daily missions for the tribes and the next phase in Hildibrand’s story.

The main features and contents of the major update 6.3 are officially stated as follows:

New main scenario side quests – The next chapter in the story of the Warrior of Light.
New side quests – Tataru’s prosperity manufacture is further expanded.
New Trial for 8 players – A new challenge in normal and extremely hard difficulty.
New Dream Trial – A nightmarish battle against Sophia in Arretur P1T6 is coming up.
New Alliance Raid for 24 players – “Myths of Eorzea (Part 2) – In the Realm of the Gods: Euphrosyne”
New Fatal Raid – Face a fearsome enemy in the latest Fatal Raid.
New dungeon – “Lapis Manalis” offers new challenges.
content helper – The Content Helper will be completed with the remaining main scenario dungeons for Heavensward to complete with the help of a group of NPC allies.
Gold Saucer-Updates – Added new “Kaktor-Kletterwand-Gekraxel” map.
Various updates – A new treasure hunt dungeon, various retainer adjustments, a new map for Crystalline Conflict, the introduction of new wish deliveries and more.

Patch 6.35 will then offer the following additional updates:

Cooperative? competitive? Doesn’t matter! The main thing is to have fun! These multiplayer games guarantee entertaining evenings together.

New chipsets for low-end Chromebooks from MediaTek, with up to 100% better CPU performance

Is Pikachu special, stronger than supposed? Because?

New initiative from YouTube: The Shorts experience is expanding!

Hunter × Hunter: how to read the 11 new chapters for free and legally?