Gotham Knights: You may have overlooked these 5 Easter Eggs in the superhero game

In the latest DC game “Gotham Knight” you not only experience a lot of superhero action, but you can also discover various Easter Eggs. In this article we present 5 of them.

Warning, spoilers follow: In the new superhero adventure „Gotham Knights“ After Batman’s death, four of his former sidekicks have to declare war on crime. If you pay extra attention, you can also discover all sorts of Easter Eggs and references to the rich DC Comics history. In the following we would like to introduce you to 5 of these allusions that you may have overlooked in more detail.

Away from the missions you can, among other things, read the e-mails of your current character. Fans of the comic template can come across some interesting names, such as Clark Kent (Superman), Bart Ellen (Impulse), Roy Harper (Arsenal) or Dinah Lance (Black Canary). The name to be discussed is in Barbara Gordon’s or Batgirl’s messages: Frankie Charles. 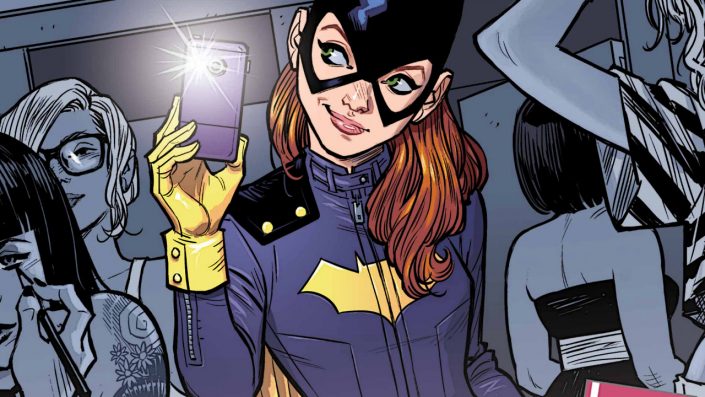 In the comics, her real name is Francine Charles, and she is a friend and roommate of Barbara, who lives in Burnside, a suburb of Gotham City. The character plays an important role in the Batgirl The New Adventures series, in which both are members of the same physio group. As the developers at Warner Bros. Games Montreal revealed, the series was one of the main sources of inspiration for “Gotham Knights”.

The opening scene of the superhero game briefly shows various reports from television stations covering riots in Gotham City and the death of Bruce Wayne. One of these stations is Channel 52, whose logo can be seen in the picture for a few seconds. The number 52 plays an important role in the history of DC Comics and has been seen as an Easter egg in various comics, films and TV series. 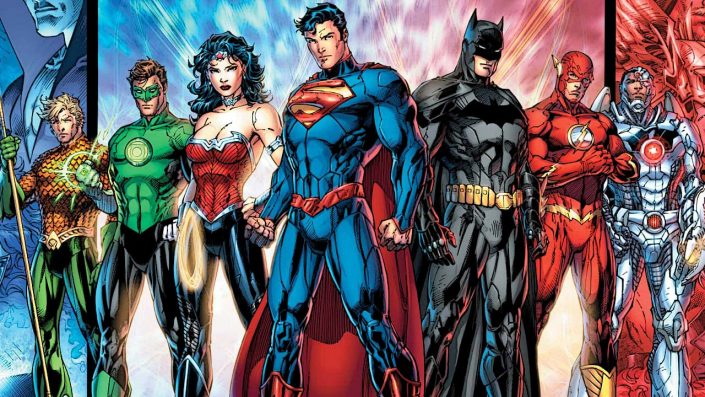 This goes back to the series “The New 52”, which ushered in a new era of comic publishing in 2011. With this, the company ventured a radical new start, a large-scale reboot of all important characters and series. The previously mentioned Batgirl comic series was also part of this reboot. The number 52 was particularly prominent in the various series of the Arrowverse, for example in “Arrow” or “The Flash”.

A somewhat special allusion is hidden in the customization options of your superhero suits in “Gotham Knights”. One color combination is called “Ultra-Zur-En-Arrh” and alludes to a Batman story from the late 1950s. In those old comics, there was a far away planet called Zur-En-Arrh. A resident scientist named Tlano was inspired by Bruce Wayne and became his world’s Batman. You can create the color pattern of his costume in the game. 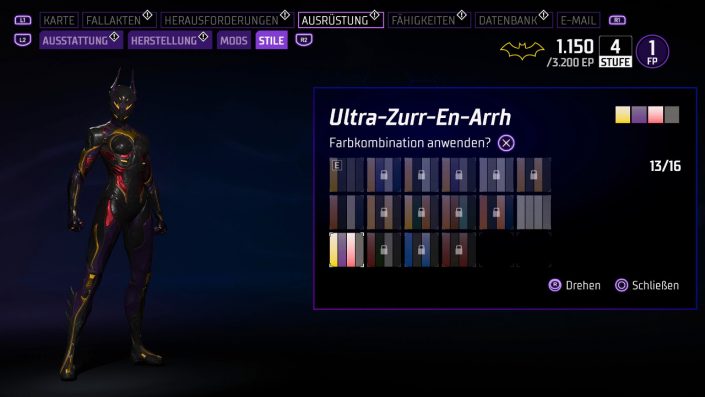 There is also a connection to this term in comics about the Dark Knight from 2006. Zur-En-Arrh appears as a lettering in the background again and again. After a battle with the Black Hand, a criminal organization, Bruce Wayne’s mind shattered, but an alternate personality that had been hidden for years was awakened by the words “Zur-En-Arrh”. Another, psychotic Batman had awakened.

As time goes on, Nightwing & Co. must seek out their old enemy, Harley Quinn, at Blackgate Prison. Much to the surprise of the Gotham Knights main characters, she was in league with Batman before his death. She “gives” a special book with her notes to the character who pays her a visit to the Joker’s former lover. Before that, we can take a quick look and discover a special entry. 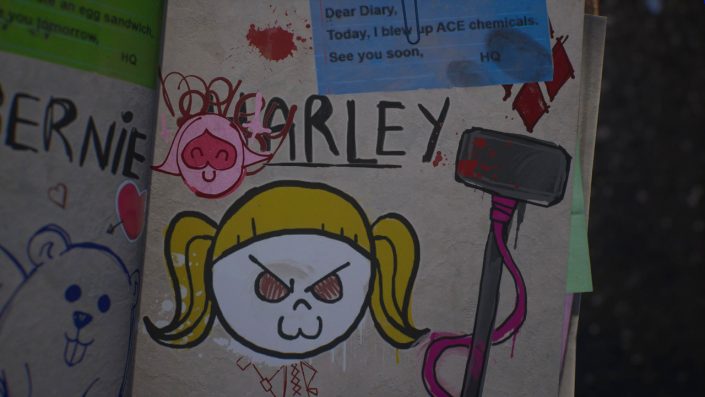 In this she wrote that she blew up ACE Chemicals. This journal entry alludes to the 2020 DC film Birds of Prey: The Emancipation of Harley Quinn. After Harley and the Joker break up, the ex-psychiatrist decides to destroy ACE Chemicals. Not only did Batman’s archenemy transform there, but Harley himself dropped into a chemical container there in the DC film universe.

After discovering that the Council of Owls actually exists in Gotham Knights, the DC heroes will continue to talk about it in the belfry. At one point, if you listen carefully to the group’s conversations, you can hear Nightwing say, “You’re lucky the Council didn’t make a Talon out of me.”

Talons are the assassins of the secret organization that has been running Gotham City for centuries. The “Batman: The Council of Owls” comic series was also probably the most prominent source of inspiration for the superhero game. 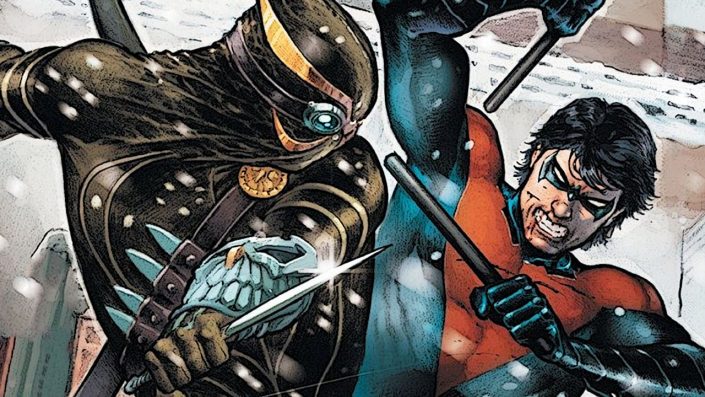 In fact, unlike his teammates, Dick Grayson has a particularly close connection to the Council of Owls. His great-grandfather, William Cobb, has served the group as its most capable talon for many decades. In the comics, a fight between William and Dick also occurred during the Batman: Night of the Owls event.

In the course of this, the former told his great-grandson that he was very disappointed in his career as a superhero. It was planned to make Dick a Talon of the Council. Given Nightwing’s outstanding fighting skills, his friends can really be glad that he didn’t become a Talon.

What other Easter Eggs did you notice in Gotham Knights?

AMD has greatly reduced its share in the PC processor market, but has increased it in the server segment

Lassina TRAORE: "Ukraine is a fantastic country, I'm a fan of Zelensky"

Sonic Frontiers: the title reaches the record of users on Steam at supersonic speed

Interview with Mathias Coopmans (SAS): “Transparency is an advantage” – Aroged