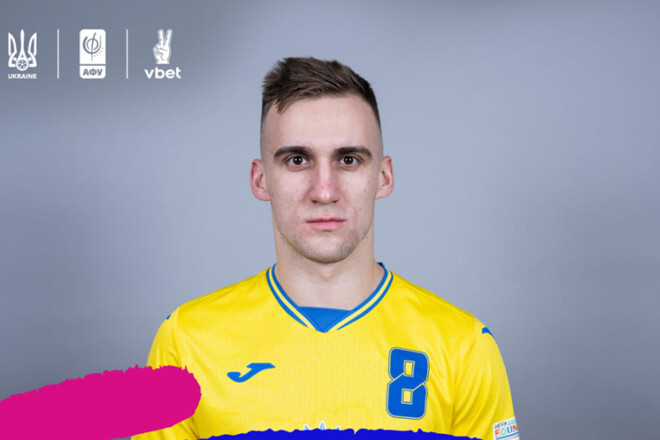 Universal of the national men’s team of Ukraine Igor Cherniavsky summed up the match of the 4th round of the main round of the European qualification for the 2024 World Cup against Kosovo (5:2).

– Igor, how would you rate yesterday’s match against Kosovo? How hard was it for our team?

– In fact, the meeting really turned out to be tense and difficult for us. The main thing is that we won, and after three games played we have nine points scored. 2022 has been a busy year for us. We have played a lot of official matches. Nice to end it on a positive note.

– How important is it to score first, given the course of events in the previous face-to-face meeting?

– I think that the first goal is important in any match. It gives confidence and makes the opponent open up. In the first match, the Kosovars hit our gates very quickly and in a slightly curious style. After that, the opponent hoped more for counterattacks. Yesterday we were the first to score, and in the middle of the half we managed to develop our own advantage. However, I will give credit to the opponents. They did not give up, but continued to fight.

– You scored against Kosovo in the second match in a row. Can you call this team your opponent?

– Maybe yes. I am very pleased that I managed to distinguish myself yesterday, and also helped the team to win important three points. I hope that in the future, not only the Kosovo team will be included in the list of my opponents.

– This match was the first away game for our team in the main round of the 2024 World Cup. How did you play with the stands supporting the opponent?

– In my opinion, now for our team all matches are away. No other country will replace native Ukraine. You always want to play in a hall with a lot of people and in which there is a great atmosphere. Yesterday, the fans actively supported the Kosovo national team, but this did not prevent us from demonstrating our level and winning.

– Nevertheless, there was a small group of Ukrainian fans in the stands. How did their support feel?

– To be honest, I was pleasantly surprised when I saw Ukrainian fans in the stands. By the way, they had very comfortable seats in the central stand. During the meeting, I heard their support. After the match, we thanked them as a whole team. Seeing Ukrainian flags in the stands abroad is something incredible!

– Finally, let’s talk about club affairs. You were recognized as the best player of October in the Extra League. How nice is it to receive such distinctions?

– Yes, it’s very nice when the futsal community celebrates your work on the court. I try to give 100% in every match to help the team achieve the best result. I would like to share this award with all HIT partners.

Now it's official: Then the new Avatar film will be released!

Microsoft and Activision: The EU works to ensure that Call of Duty remains on PlayStation