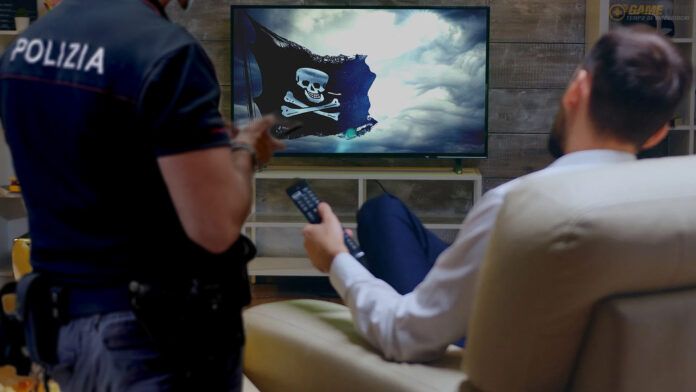 It is the result of the “Gotha” operation conducted by the Italian Postal Police. There are 70 registered on the register of defendants. They are credited with having managed – for various reasons – a large network of illegal IPTVs. Over 900,000 users, many in Italy. Law enforcement will now focus on identifying them.

The operation was conducted by the Catania command and led to the identification of 70 figures scattered across 23 Italian provinces: Catania, Naples, Rome, Salerno and Turin. Others, however, have been identified abroad: England, Germany and Tunisia. The members are accused of the crime of conspiracy of a transnational nature.

An organization whose purpose was the dissemination of conditional access television schedules. There are also accusations of money laundering, fraudulent transfer of assets, substitution of person, possession and manufacture of false identification documents, improper use and falsification of non-cash payment instruments.

The survey made it possible to identify the role of each of the members of the group. Each member, in fact, seems to carry out a very specific task: head, deputy head, master, admin, technician, reseller. The network managed a clientele of over 900,000 people. Calculated profits in the order of tens of millions of euros. Amount limited to months of investigation only. According to investigators, the economic damage caused to the industry could be around 30 million euros per month.

At the moment, the investigation has made it possible to identify the top figures of the organization but according to the Postal Police, the identification of users who have illegally used the transmitted content will soon be carried out.

The FFOs were able to trace the methods used to contact customers. Messaging apps such as Telegram and other social networks and platforms were used through which managers contacted customers.

Satisfaction expressed by the CEO of Sky Italia Andrea Duilio: “I want to congratulate the Postal Police for the important results achieved with the“ Gotha ”operation, which once again demonstrate how piracy is a phenomenon managed by organized crime. Sky is, and will always be, alongside the police in this fight to defend the audiovisual industry and to protect all those who subscribe legally ”.

In the recent past, the Postal Police has identified and fined 6,000 illegal IPTV users in Italy.

Sonic Frontiers breaks sales records for the saga in Japan