No Man’s Sky: Coming to PSVR2 at launch

The space adventure No Man’s Sky is also known to be getting a PlayStation VR2 version. Hello Games has now officially confirmed the date. 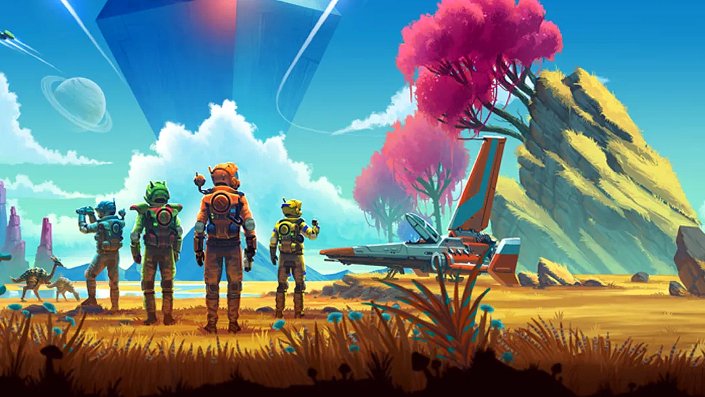 Sony Interactive Entertainment recently unveiled official details about the upcoming PlayStation VR2 virtual reality headset. Among other things, the price, the release date and two games that will be available from the beginning were named. There was talk of “Horizon: Call of the Mountain” and “Cities VR: Enhanced Edition”.

Harnesses the power of the PS5

However, the British development studio Hello Games has confirmed to Eurogamer that the space adventure “No Man’s Sky” will also be available for the launch of the new hardware on February 22, 2023. The associated update has been in development since at least June, as the developers at the time reveal that they have an enhanced VR experience in the works that will take advantage of the power of the PlayStation 5.

Accordingly, PSVR2 users can look forward to a special experience that will send them into the vastness of space. In recent years, Hello Games has added numerous new features to the game, making it worthwhile to revisit the adventure if you have put it aside for a long time.

However, the developers have not yet revealed in detail what improvements the PSVR2 update will bring. As soon as relevant information is communicated, we will update you.

Near the Bermuda Triangle found the wreckage of the "Challenger" - NASA shuttle, which exploded in 1986 and claimed the lives of seven crew members

Saints Row: the November 2022 update is “a beast”, let’s see the first details