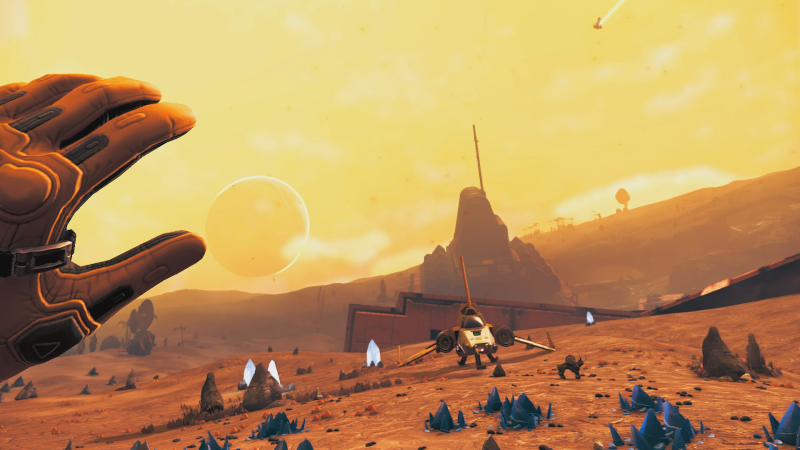 When Sony revealed details of the PSVR2 release earlier this month, it only confirmed two games coming out on launch day – Horizon: Call of the Mountain and the Quest 2 port of Cities VR: Enhanced Edition. However, as it turns out, No Man’s Sky fans have something to look forward to too: Hello Games has confirmed that the previously announced PSVR2 update will arrive alongside new Sony hardware on February 22 next year.

Hello Games announced the upcoming PSVR2 update for No Man’s Sky back in June, announcing an enhanced VR experience that will leverage the power of the PlayStation 5, PSVR2, and new Sense controllers to evolve the 2019 game’s VR experience and “increase the sense of immersion and believability by several steps”.

Hello Games has yet to elaborate on exactly what the update will bring, but No Man’s Sky’s first foray into VR proved to be a dazzling way to experience the vast procedural universe. That said, there was still room for improvement in both PSVR and PC VR, so it will be interesting to see if Hello Games has taken the opportunity to significantly improve on their initial efforts, and if such improvements arrive on PC.

Xiaomi Mi Wi-Fi Extender Pro at 10 €: a cheap solution to extend your coverage