The sprint race was held as part of the Brazilian Grand Prix. The winner of the race, which determines the starting grid for Sunday’s race, was Mercedes driver George Russell.

The Briton started third, but managed to become the leader, including ahead of Max Verstappen, who, after contact with Carlos Sainz, finished only 4th.

Top 3 closed Carlos Sainz and Lewis Hamilton, but because of the penalty for the Spaniard, Lewis will start the race 2nd.

Kevin Magnussen, who sensationally won the qualification on Saturday, finished 8th and earned one point. 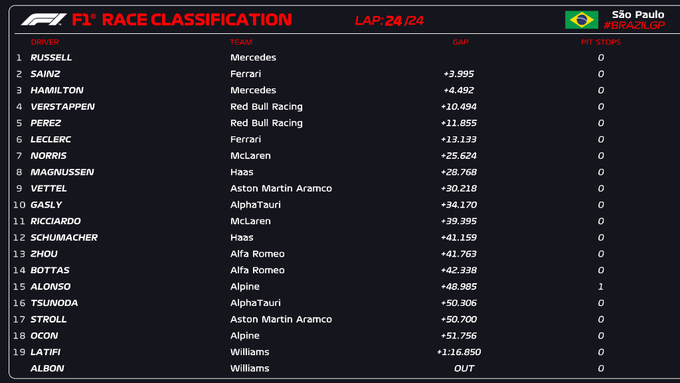 The climate apocalypse is accelerating: there are no signs of reducing greenhouse gas emissions

The Elgato Wave1 streaming mic is at its best price!

Alien eclipse: Juno captured the shadow of Ganymede on the clouds of Jupiter